Published just after our 21st anniversary, issue 39 of Lucire has a cinematic theme: we look at the industry after #MeToo, and how yellowface in cinema has given way to Crazy Rich Asians, the summer hit of ’18. Even Louis Vuitton’s history is worthy of an epic, as are the World of Wearable Art Awards; Madrid and New York have their fashion weeks; and Snejana Onopka makes a guest appearance. And: Atelier Paulin’s unique jewellery, the Jaguar I-Pace, and travel to Dubrovnik, Paris and Bergen

Has last year’s #MeToo movement changed the biggest film festivals, and have wider effects been felt?

Louis Vuitton is an example of a brand that has managed to reinvent itself to stay relevant since its founding in 1854. Bhavana Bhim looks at how LV’s done it

It might not have the same cachet as Paris or Milano, but Madrid has plenty of energy and colour to make it one to watch. We look at our favourites from its fashion week

46/ Six Worlds in One Night

Jack Yan speaks with Anne-Sophie Baillet, whose Atelier Paulin creates hand-crafted jewellery, where no two are identical. Its signature pieces are made up of memorable words, created on demand

Jody Miller heads to Beauty², where, in line with the way consumers are heading, organic and vegan products headlined

Lucire’s Car to Be Seen in for 2018 is Jaguar’s I-Pace, a car that redefines what its brand is about, while offering a segment-redefining entry into the growing luxury electric car market. Jack Yan discusses our decision

104/ From Yellowface to Crazy Rich Asians

The portrayal of east Asians has come a long way in the west, from stereotyped villains to 2018’s hit, Crazy Rich Asians. Akash Marks looks at the journey, and Awkwafina adds her thoughts from behind the scenes of Crazy Rich Asians
Photographed by Sanja Bucko

Travelling to Paris, it pays to go off the beaten track, as Stanley Moss goes across the river to the 7th arrondissement, with two recently opened and very chic properties near the Tour Eiffel
Photographed by Paula Sweet

Stanley Moss finds a gem on the peninsula near Dubrovnik, a discreet, deluxe hotel with first-class food in a personal, authentic setting
Photographed by Paula Sweet

Luxury that looks back at a more comfortable past—after all, some of our ideas about what luxury is come from brands steeped in heritage

What’s in Lucire issue 38?
Most anniversary issues are nostalgic. This one, the closest to our 20th anniversary, isn’t: we’re preferring to look forward. We ponder whether the influencer has had their day; we talk to Coco Rocha, designer Brooke Da Cruz, and the king of avant-garde hair, Derek Elvy, as his Buoy Salon & Spa turns 30; and we have our “homecomings” to Tahiti and Montréal—though visiting the Moai at Rapa Nui is new. Find out what’s in our latest number, in print, or for Ipad, Android or as a PDF, or order right here 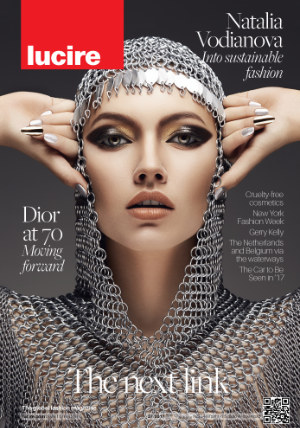 What’s in Lucire issue 37?
This issue’s all about the next thing that emerges. We talk to Natalia Vodianova; Dior’s looking forward again to the future as we chart just how it got here; Gerry Kelly’s denim range is sustainable, stylish and sensible. This is the future we said we’d be living … Find out what’s in our latest number, in print, or for Ipad, Android or as a PDF, or order right here 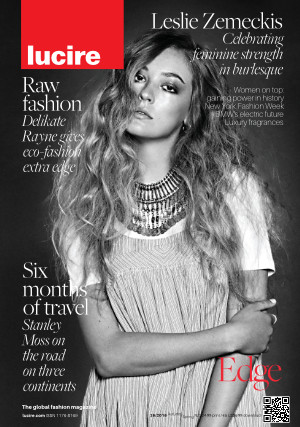 What’s in Lucire issue 36?
It’s an edgy issue, with plenty of feminine power—from a trip through history to author–director Leslie Zemeckis and her film on Lili St Cyr; the eco-fashion of Delikate Rayne and six months of travel from Stanley Moss; the latest in fashion and beauty from New York and Paris; and anniversaries from BMW and Panos Emporio. Order now in print, or for Ipad, Android or as a PDF, right here

Buy Lucire 39 as a print edition (click here to order)