The Inn at Henderson’s Wharf, Baltimore.

VOLANTE Lola Cristall has been checking out luxury hotels on the US’s east coast, in Maryland and Washington, DC

At the Palomar Kimpton Hotel in Washington. DC

Maryland’s capital, Baltimore, has many hotel destinations ranging from traditional to contemporary. For the look and touch of both, the Inn at Henderson’s Wharf, formally a tobacco factory, offers guests stunning waterfront, harbour, garden or cobblestone views, spacious rooms with floor-to-ceiling windows, decadent continental breakfast with fresh pastries to start the day, as well as a late-night “chocolate decadence” hour. The historic ambiance, red brick walls, wooden panels and serene ambiance with subtle music in the background make for a lavish boutique destination in the city. Hospitable staff are always available to ensure a comfortable stay. Many return to the Inn at Henderson’s Wharf for a delightful getaway in the city. As it prepares for an upcoming full renovation, the team intends to sustain the boutique-like feel throughout.

The Palomar Kimpton Hotel in Washington, DC, located near the Dupont Circle, is a glamorous space offering large rooms, attentive staff for prompt service, elegant ambiance and a sophisticated overall feel. While each Kimpton Hotel embodies a different look and feel, the Kimpton George Hotel, situated on Capitol Hill, offers the consistent boutique-like feel. The restaurants and hotels, by the Inter-continental Hotels Group, emphasizes elegance and convenience throughout their 68 internationally based Kimpton Hotels. In comparison to the Palomar Kimpton Hotel, the George is slightly smaller and more intimate, with 139 rooms, adding a historical touch. With afternoon tea from Martha Washington’s Mt Vernon tea collection and a macaroon hour to unwind, guests are immediately welcomed into the Kimpton’s hospitable scene. •

The boutique feel of the Kimpton George Hotel 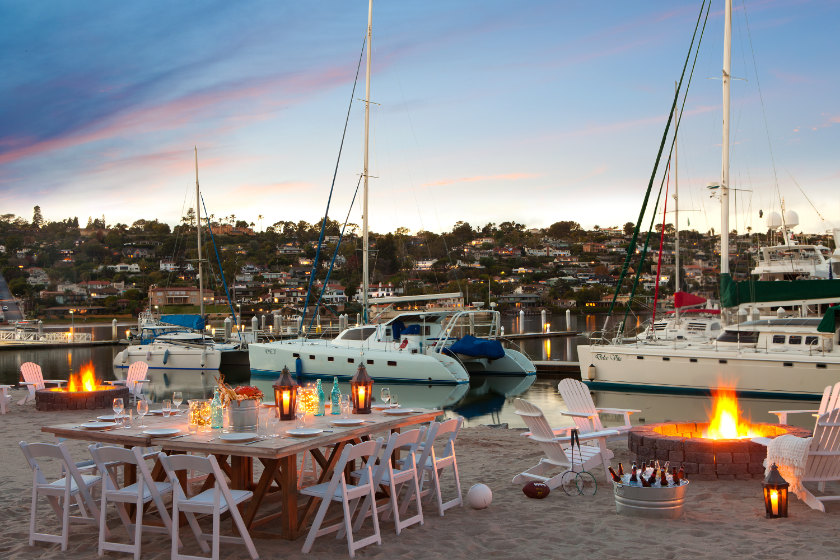