Above: The author’s son meets a rhinoceros at Entebbe Zoo.

Should I get my young son a pet rhino?

VOLANTE The Uganda Wildlife Conservation Education Centre is a must-visit for those heading to east Africa, writes Douglas Cruickshank, whose son has fallen for the charms of a rhinoceros there

All pets have shortcomings and special needs and maybe mood swings. The rhinoceros is no exception. They are on my mind these days because my four-year-old fell in serious love with one not long ago. Now he has his hopes up that I’ll get him one to pal around with. I’m not rushing in, but I haven’t entirely rejected the idea either; I’m cautiously considering it.

My son, Mukisa, had something of a peak experience a while back, which is what put us on this path. Mukisa befriended Sheraton, the rhino at Uganda’s Entebbe Zoo. Their relationship is based on Muki scratching Sheraton’s ears, which puts the multi-tonne beast into a trance state. It turns him into a giant puppy and makes my son melt. Sheraton sleepily nods his massive noggin as Muki rhythmically scratches him. Muki can control the humongous pachyderm better than he can the neighbour’s kitten. Sheraton is pretty well habituated to humans, as is his lovely wife, Serena, due to living at the zoo much of his large life.

Uganda is a great place for children and one of the best child-centric attractions is the Entebbe Zoo Behind the Scenes tour. Take your kids on a three-hour up-close-and-personal-visit with the animals—including lions, leopard, buffalo, rhino, baby elephant (african big five), chimpanzees, the rare shoe-bill stork Sushi (who will jump on your shoulder), monkeys, giraffes, cheetahs, and more.

Even though they resemble dinosaurs (think triceratops), rhinos can get used to hanging out with humans and often do so happily. There’s a rhino at Lewa Downs conservation ranch in Kenya that participates in the annual fund-raising foot race. (Tip: don’t stumble in front of him.) And Ziwa Rhino Preserve in Uganda has many rhinos that are comfortable with people walking closely to them—within reason and under the guidance of a keeper—for photos.

White rhinos typically live 40–50 years; Indian rhinos typically live 35–45 years; and black rhinos typically live 35–50 years; and there are several other types. The white rhino is so called not in reference to its skin colour, but, according to Wikipedia: ‘A popular albeit widely discredited theory of the origins of the name “white rhinoceros” is a mistranslation from Dutch to English. The English word “white” is said to have been derived by mistranslation of the Dutch word “wijd”, which means “wide” in English. The word “wide” refers to the width of the rhinoceros’s mouth. So early English-speaking settlers in South Africa misinterpreted the “wijd” for “white” and the rhino with the wide mouth ended up being called the white rhino and the other one, with the narrow pointed mouth, was called the black rhinoceros.’

Despite their fierce appearance, size and speed—they can run 35 mph (56 km/h), more than twice as fast as a black mamba—they are strictly vegetarians who enjoy mud baths and napping in the sun. Their much sought-after horn is composed primarily of a protein called keratin, the same substance that makes up human hair and nails. The horn, which is contributing to their decline, is said by Asians to be an aphrodisiac. Rhinos tend to live solitary lives, congregating only to pair up for procreation. Sometimes the females will live in small groups when raising their offspring. Sadly, there are only about 29,000 rhinos remaining, compared to 500,000 at the start of the 20th century.

If only more children could meet rhinos like Sheraton and Serena, maybe we’d wise up and save one of the most intelligent, exotic and sweet beasts on the planet. Next time you’re in Uganda by all means plan a visit to Sheraton and his shy flower of a wife, Serena. •

After the pandemic, luxury travel in Uganda?
Douglas Cruickshank, Kampala-based author of Somehow: Living on Uganda Time, takes readers on Lucire’s first journey to his second home
Photographed by the author

Making excuses on the road in Madagascar
George Rush has had a long-time fascination for Madagascar, finally venturing there to discover the nature and culture of the isolated island nation
Photographed by the author 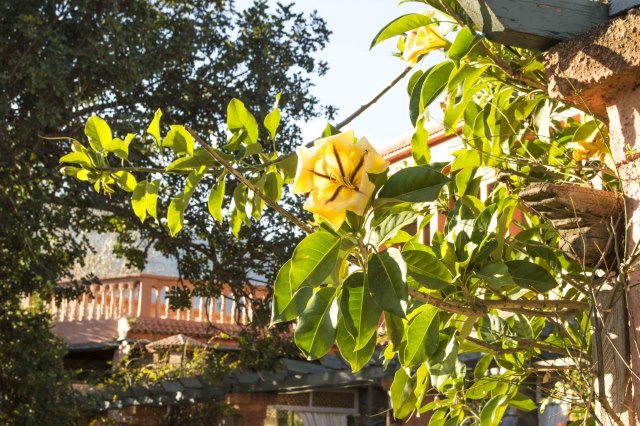 New meets old in Morocco
In our spring travel series, Stanley Moss looks at locations that successfully blend new and old, with his first stops treasured finds in the Atlas Mountains, Marrakech and Essaouira
Photographed by Paula Sweet