VOLANTE Hollywood has heritage, one that others might envy, as Jody Miller looks at the Andaz West Hollywood and its connections to 1960s glamour and rock-and-roll legends

Some say Los Angeles has no history. We say it’s a matter of perspective. We don’t have hillsides dotted with mediæval cathedrals or fairy-tale castles. No labyrinth of winding cobblestone streets or 16th-century taverns. No excavated ancient ruins or bronze age statues.

What we do have, however, is a mid-century palace. One so legendary, that luminaries of decades past called it home. Rock and roll gods and idols infamously amused themselves and their adoring entourages with fabled bacchanals and endless merry-making antics. It was not coined the Riot House for nothing.

Nestled in the picturesque Hollywood Hills, the hotel first opened as Gene Autry’s Hotel Continental, the first high-rise hotel on the Sunset Strip. The mid-’60s brought glamorous nightclubs, including the Whisky a Go Go, the Roxy, and Gazzari’s, attracting the most prominent rockers and entertainers of the era.

Renamed the Continental Hyatt House in the ’70s, it emerged as the preferred spot for touring musicians. Jim Morrison lived at the hotel during the Doors’ tenure at the Whisky until his eviction for hanging off the balcony. Led Zeppelin often took up residence of the entire 11th floor, while their tour manager was known for riding his motorcycle through the hotel corridors. Trying to hit the billboards across the street with beer bottles or throwing furniture off the balconies were popular pastimes of rock star guests, earning its popular nickname, the Riot House. While the list of debauchery and shenanigans runs deep, there was also spontaneous creativity, such as Little Richard giving concerts in the hotel lobby, or the member of Guns ’n’ Roses tossing barbecued steaks to screaming fans from their balcony.

Fast-forward a few decades, a new name and a multi-million dollar renovation, the hotel now exists as the Andaz West Hollywood, a striking urban oasis in the heart of the Sunset Strip. The æsthetic is inspired by the bohemian culture and lifestyle from which it arose, incorporating rotating art displays by local artists and rock and roll pieces that are reminiscent of a time when the artists themselves graced the hallways. Sublime architectural accents of natural grains and intimations of psychedelic patterns give extra texture to the chic vibe.

Andaz means personal style in Hindi, and in this spirit, the design of the hotel evokes the local culture and history. Architecture–interior design firm Janson Goldstein oversaw the redesign of the hotel. Andaz’s sophisticated, modern design exudes breezy transparency with an open, ethereal ambiance accomplished by incorporating glass, an open-concept dining area, and sprawling ceilings.

The Andaz brand is proud to team up with Red to support the fight against Aids in Africa through the creation of the Red Suite at Andaz West Hollywood. This collaboration is among the many experiences offered as part of the World of Hyatt global platform to build and engage the community in a meaningful way. •

Jody Miller is a correspondent for Lucire. This article also appears in Lucire Rouge. 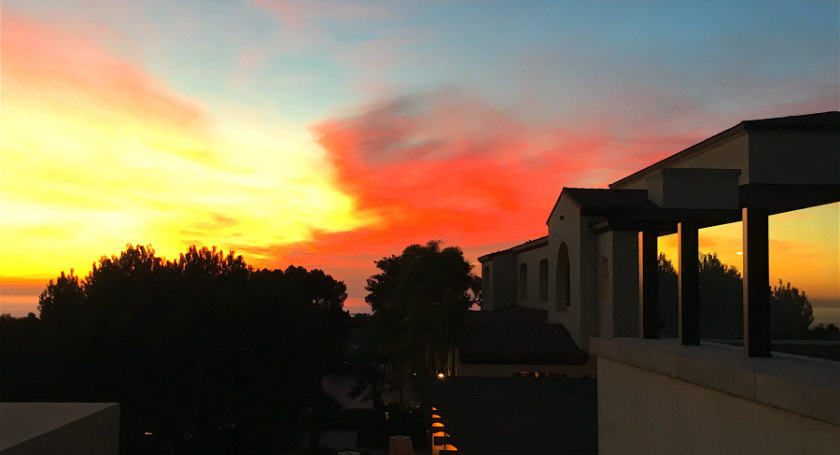 Pampering with purpose
Wellness retreats are becoming increasingly popular. Elyse Glickman heads to Terranea Resort and Spa in Los Angeles, with a full complement of retreat and Daycation options
Photographed by the author