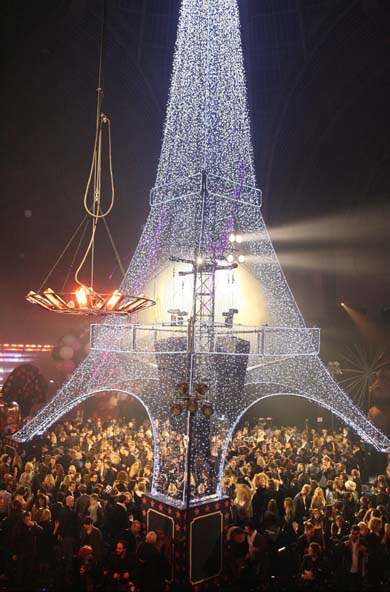 On the main part of the Lucire site this week are the Sonia Rykiel pour H&M party at the Grand Palais—one which was regarded as the function to attend if you were in Parisian fashion circles. Two thousand guests (including Emmanuelle Béart, Jean Paul Gaultier and Kate Bosworth), a miniature Eiffel Tower, and Lily Cole among the models meant it was probably H&M’s biggest party ever, for any of its designer collaborations.
Elyse Glickman and Leyla Messian reported from Hollywood with the Emmy suites from the summer—you can read one of the most in depth reports on the events in our online edition now, too.