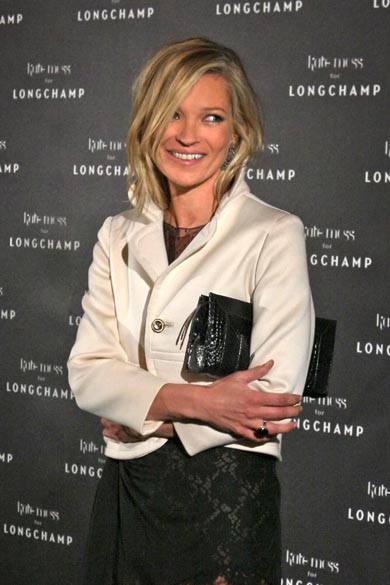 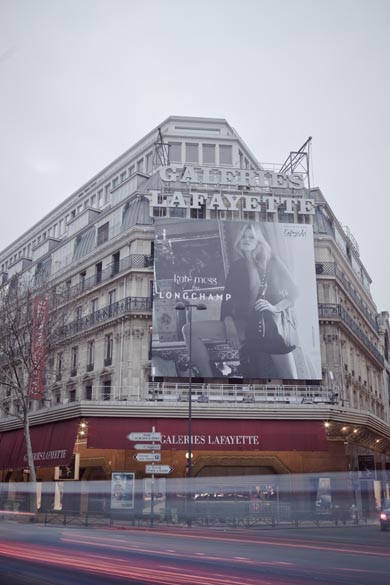 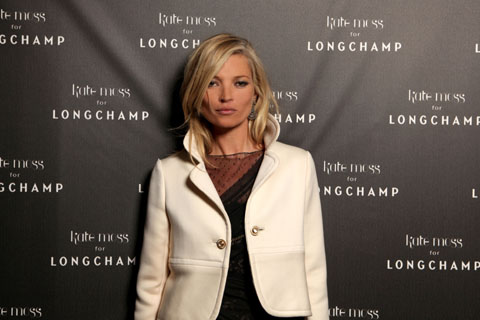 On February 11, Kate Moss and Longchamp showcased their new collaboration at Galeries Lafayette Haussmann, Paris. On the same day, the company had done the same at Selfridges in London, with both stores featuring a modern, zebra-themed area in which customers can check out the bags close-up.
Paris shoppers can ﬁnd Longchamp located at the Mogador entrance of Galeries Lafayette. Large promotional graphics from the campaign adorn not only the exterior on Boulevard Haussmann, but down from the famous domed roof inside the store.
The launch of the Longchamp suite at Galeries Lafayette on the Grands Boulevards follows the January 27 announcement of the co-branded Kate Moss for Longchamp collaboration at the Ritz.
Moss herself had modelled for the brand before. This was her ﬁrst designer collaboration with the company.
The video below features behind-the-scenes footage from the commercial.