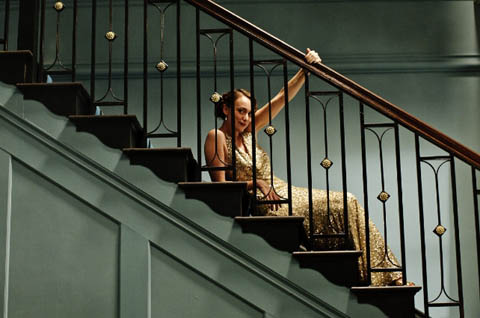 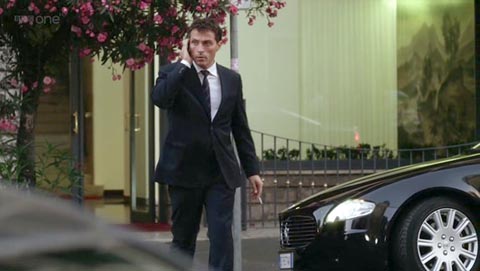 Above Keeley Hawes may have style in Upstairs, Downstairs, but publisher Jack Yan argues that Rufus Sewell, in Zen, paints a far more desirable fashion world (ignoring the tobacco smoke).

Fashion editor Sopheak Seng and I had a great meeting today, discussing trends. A couple of weeks ago, he told me that he had seen his ﬁrst episode of Ashes to Ashes, and I mentioned that Keeley Hawes was back, in a sequel to the original Upstairs, Downstairs series. However, I added, the most stylish show on television presently is not Upstairs, Downstairs, because the early part of the twentieth century is not in the Zeitgeist as we open 2011. It won’t be like the 1970s, when there were periods in which we looked back, thanks to The Great Gatsby adaptation—if we are recalling any moment in fashion, there seems to be an awful lot of the 1980s still hanging around in the mainstream. Even the 1960s, which we thought would hang around in some form for a long time, isn’t that present, Michelle Obama’s style aside.
No, it would have to be Zen, the three-part BBC collaboration (alongside ZDF, Mediaset, and Masterpiece) based on the novels of the late Michael Dibdin, that ranks as 2011’s most stylish series (so far, and we are only in January). Rufus Sewell plays Venetian transplant Aurelio Zen, working in Roma, where politics and corruption are rife and the cases aren’t as clear-cut as they seem.
But who’s really working out the plot when the fashions are so good? It’s the suits and the cinematography that make Zen so watchable for fashion-lovers. In fact, they’ve dressed down Bond girl Caterina Murino, the female lead, and Catherine Spaak, playing Zen’s mother, doesn’t get the glam image that she had in the Hotel adaptation of the 1960s. This may well be one of those rare times when the male fashion outdoes the female fashion considerably in a TV series.
In the ﬁrst of the TV-movies, ‘Vendetta’, director John Alexander has so much enjoyment of Rufus Sewell’s sartorial style that he allows him to put on and remove his sunglasses, zooming in and zooming out to set Aurelio Zen ﬁrmly in Roma and emphasize the sharpness of his suits. He’s almost saying to us, ‘We are on the Continent,’ albeit a very stylish one where Zen has plenty of space to park his Alfa Romeo 147, where he can speed up at will around the stradas, and where Britons playing foreigners speak with British accents—even if none of the women in Italy do.
‘Cabal’, the second entrant, is less focused on Sewell stylistically, but there are more shots of the Roman nick, and the entire department seems to be incredibly well dressed.
Sopheak remarked that Sewell looks ‘too perfect’ in his unrufﬂedness, while I called certain scenes ‘an issue of l’Uomo Vogue’. 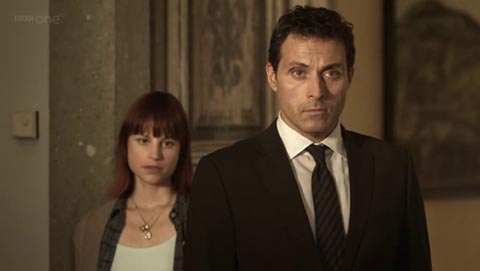 Not that any of this is a criticism. The stories are competent enough, so it ticks the principal box of why any TV series exists: a decent plot with a decent execution. After that a visual delight is a huge boon, especially to those of us who are visual people.
There hasn’t been a stylish television show in ages, at least not on this eastern side of the Atlantic. Ashes to Ashes relied on a stereotype of 1981–3 to make it work (Life on Mars, however, might rank slightly more highly—SJ Clarkson’s ﬁnalé paid particular attention to colours and cinematography, as Sam Tyler returned to 2007, with a wardrobe to match). Wallander doesn’t take advantage of its Swedishness, but then, it isn’t that sort of show—it would be different if it was set in a larger city, but regardless of whether it’s Rolf Lassgård, Krister Henriksson or Kenneth Branagh in the title role, it seems to revel in a subdued, darker version of Ystad.
You’d have to go either into a retro show (Mad Men) or into fantasy before we chaps are so well dressed on TV—yet it’s totally possible if we took a bit more care about our tailoring. But since, by and large, we don’t, it’s always good to see a ﬁctionalized world on the box, and get transported into climates far sunnier than what Britons see in the northern winter.

4 thoughts on “Finding Zen with style”