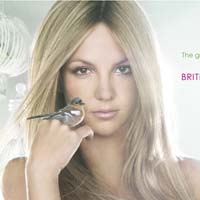 Amazing how one Twitter post has the world’s media speculating that Britney Spears has become engaged to her former agent, Jason Trawick.
The Tweet read, ‘OMG. Last night Jason surprised me with the one gift I’ve been waiting for. Can’t wait to show you! SO SO SO excited!!!! Xxo’. A later one six hours later read, ‘Still glowing! About to jump on a plane to Planet Hollywood in Vegas. Throwing a Bday Party for Jason at Chateau Night Club. So fun. Xxoo’.
Trawick and Spears have been dating since May 2010.
If true, this would be the third engagement for the pop star, having been brieﬂy married to childhood friend Jason Alexander—not the actor from Seinfeld—for 55 hours, and Kevin Federline.
Spears is particularly active on Twitter, with one of the better follow-back ratios among celebrities. She was the sixth user to break the 10 million-follower mark.

2 thoughts on “One Tweet, and media speculate Britney Spears is engaged again”