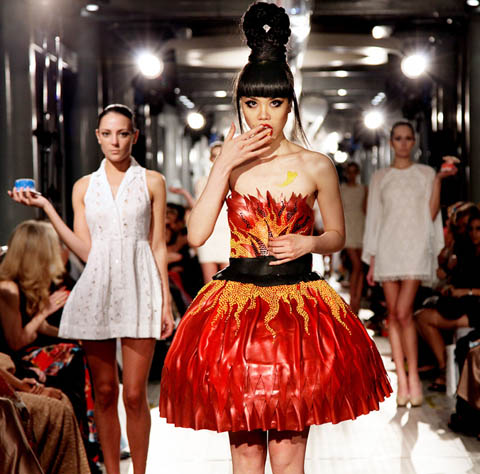 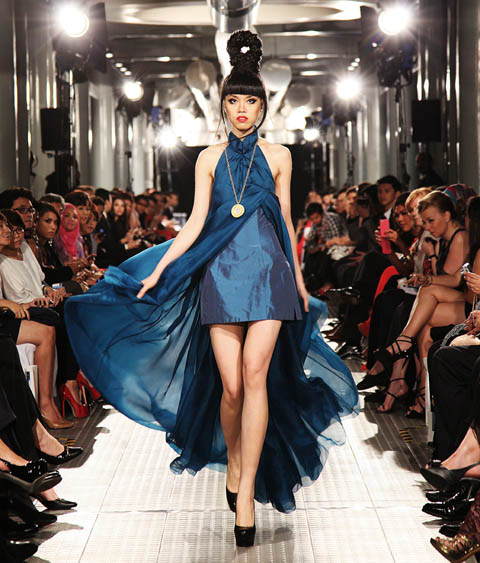 Model and agency director Jessica Minh Anh found a fabulous way of putting her company, and her city, on the map: by hosting what she called ‘the world’s highest fashion show’.
While it’s true that catwalk shows have taken place on aircraft, J Model Management’s show at the Skybridge at the Petronas Towers in Kuala Lumpur certainly sets a precedent among shows that have taken place on terra ﬁrma. At 175 m (574 ft) above street level, the event brought together collections from 10 countries, and Anh herself modelled in numerous outﬁts, including a cake dress—it was literally made out of cake and sugar by baker Allan Yap of Just Heavenly Bakery and designed by Diana Sheibani of Limkokwing—for the ﬁnalé. 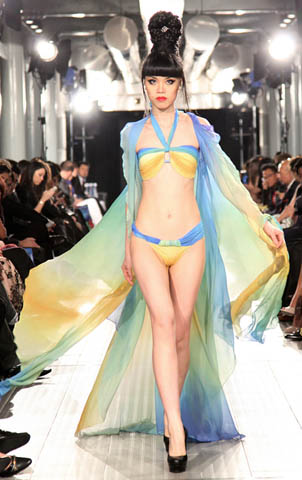 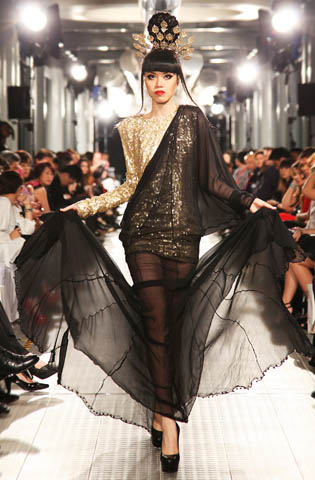 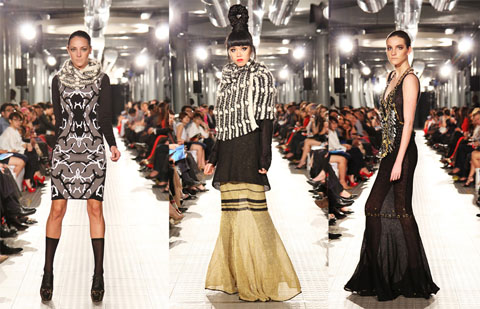 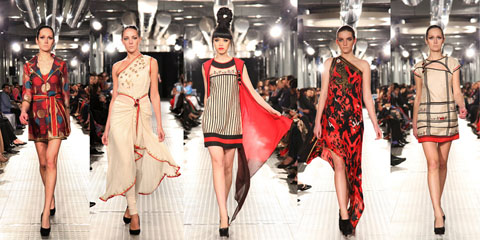 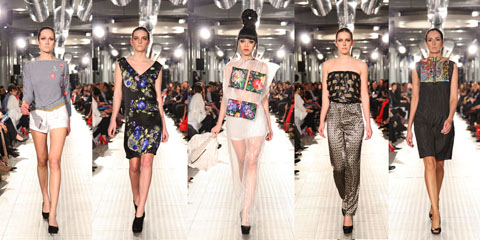 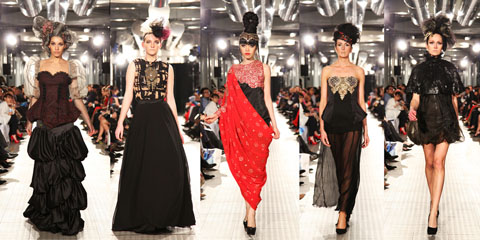 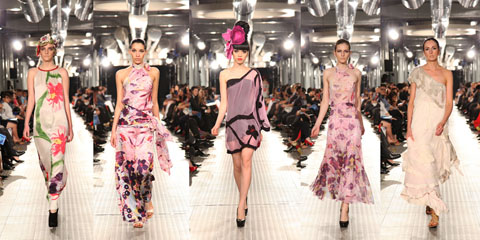 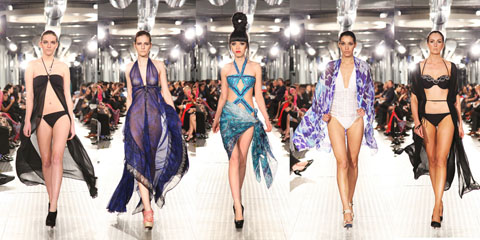