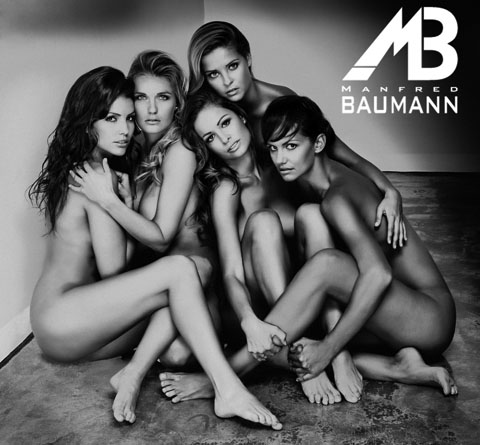 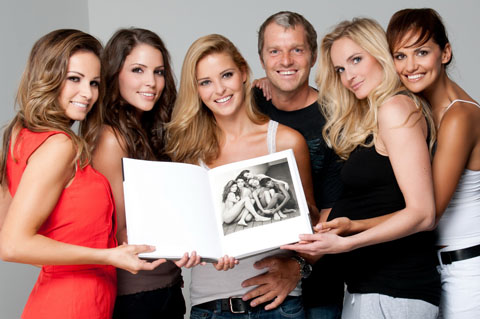 As a tribute to Herb Ritts, and to commemorate the 10th anniversary of his passing, photographer Manfred Baumann has re-created a famous portrait, originally featuring supermodels Naomi Campbell, Cindy Crawford, Tatjana Patitz, Stephanie Seymour, and Christy Turlington.
Baumann has photographed five former Miss Austrias from between 2000 and 2009 in a similar pose.
The five were Patricia Kaiser (2000), now a singer and expectant mother; Tanja Duhovich (2003), an elementary school teacher, model and author; Silvia Hackl (2004), the organizer of Miss Upper Austria and Miss Carinthia; Christine Reiler (2007), physician; and Anna Hammel (2009), model.
The shoot took place at the TF studio, with the support of Barbara Reichard and the team from the Frisurenwerkstatt for hair and make-up.
The original 1980s image was, by contrast, shot on Ritts’s porch.
Baumann will head to the Photokina photographic fair in Köln later this year, presenting an exhibition, Vision, as well as 16 live photo shoots, discussions, and workshops. The new image will be shown enlarged to a 2 m height. 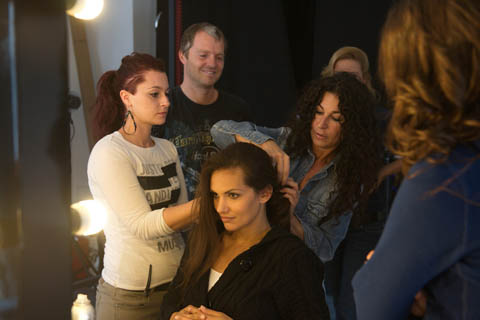 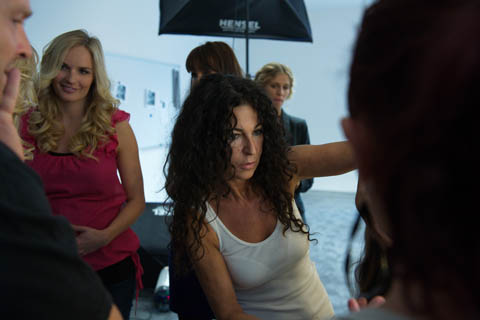 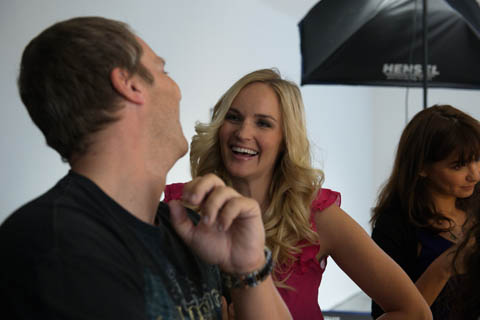 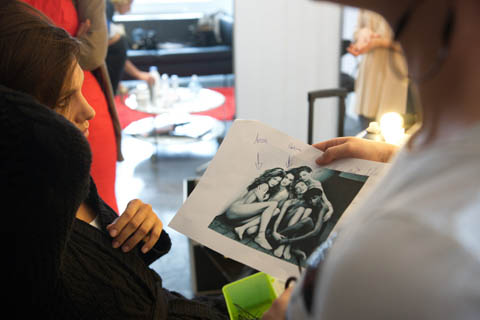 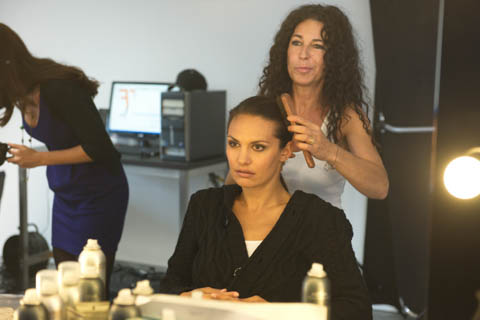 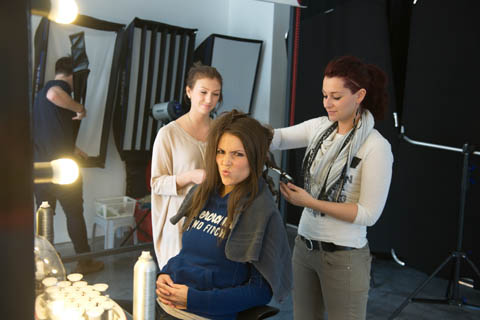