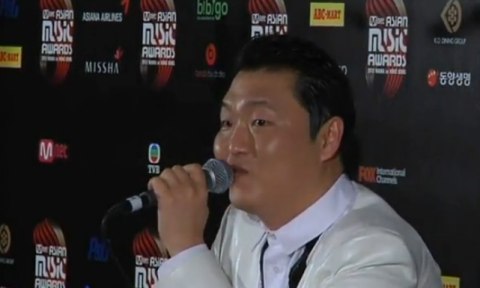 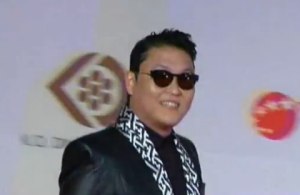 Psy, a.k.a. Park Jae-sang, took home four awards at the Mnet Asian Music Awards in Hong Kong on Friday, thanks to his hit ‘Gangnam Style’, which has surpassed even Justin Bieber in YouTube views, now numbering 850 million.
He performed the song at the awards’ show and won awards for Song of the Year, Best Music Video, Best Dance Performance and Global Favourite Artist.
Psy, now 34, is philosophical about his wins and realizes that ‘Gangnam Style’ is a once-in-a-lifetime phenomenon. He began his career in 2001.
‘I’m happy. I was happy yesterday, I’m happy today, and I will be happy tomorrow. I’m living a dream right now,’ said the artist at the post-show press conference.
‘I cannot break this record forever I think, unless I do naked video or something,’ he joked.
‘Gangnam Style’ can be credited for mainstreaming K-pop, or Korean pop music, globally. Korean culture has become popular through 2012, in the Hallyu movement, which includes Korean cinema and television.
It was the first time Hong Kong has played host to the Mnet Asian Music Awards. Other acts included Super Junior, Sistar, IU, Wonder Girls and TVXQ.
Psy plans a new single and album for March 2013.