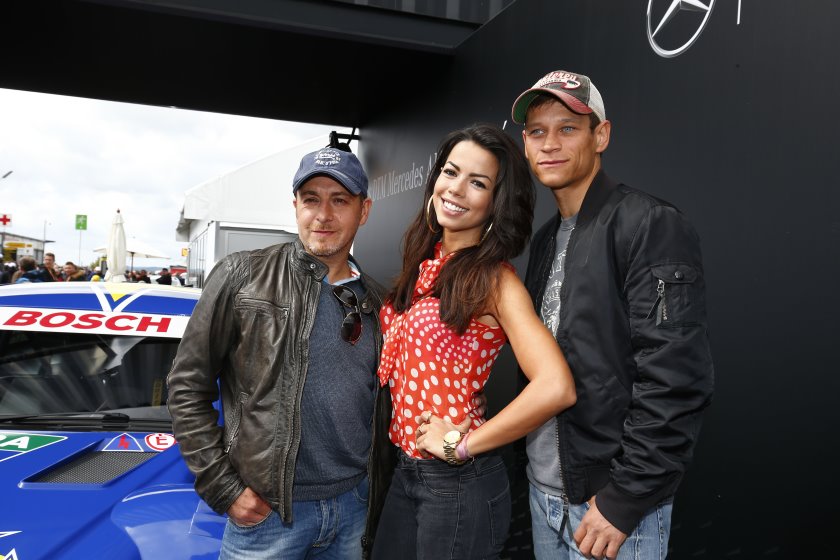 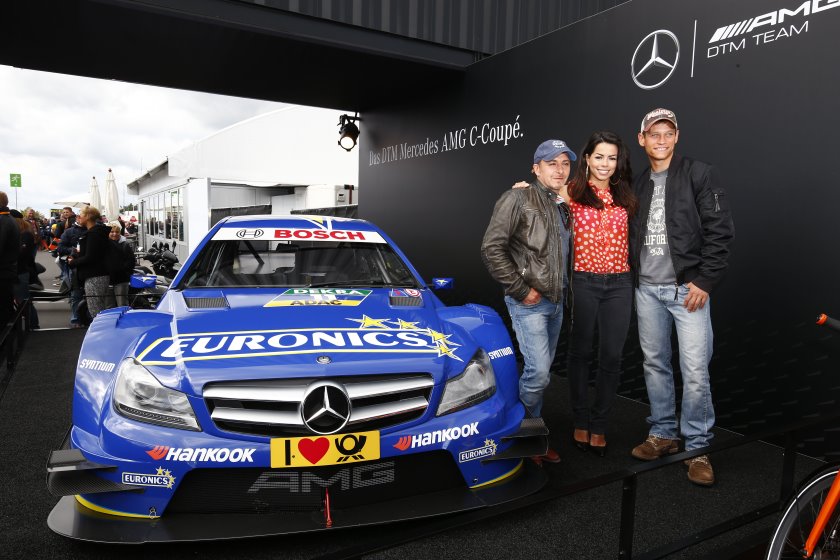 Long-running German TV series, Alarm für Cobra 11: die Autobahnpolizei, which will return this autumn (most likely in early October), filmed at the Nürburgring over the weekend during the DTM races.
Both star Erdoğan Atalay, who has played Semir Gerkhan since the show’s third episode in 1996, and new co-star Vinzenz Kiefer, in the role of Alex Brandt since 2014, found themselves at the historic circuit among the 80,000 spectators.
They were joined by actress and presenter Fernanda Brandão, who will guest-star in the episode. Ralf Schumacher is also tipped to appear.
They conducted a draw for fans of the show, giving away extras’ roles.
Although the new season returns in the autumn on RTL, the Nürburgring episode, ‘Das letzte Rennen’ (‘The Last Race’) will not air till spring 2015. The plot line is predictable: Semir and Alex receive guest passes to a DTM race but unexpectedly find a corpse.
The cop show features product placement from both BMW and Mercedes-Benz, and has done since one of its earliest stars, Mark Keller, drove a CLK in 1997.—Jack Yan, Publisher