See even more pics here, and why Baz Luhrmann thinks Gisèle Bündchen is the modern embodiment of what Gabrielle Chanel stood for 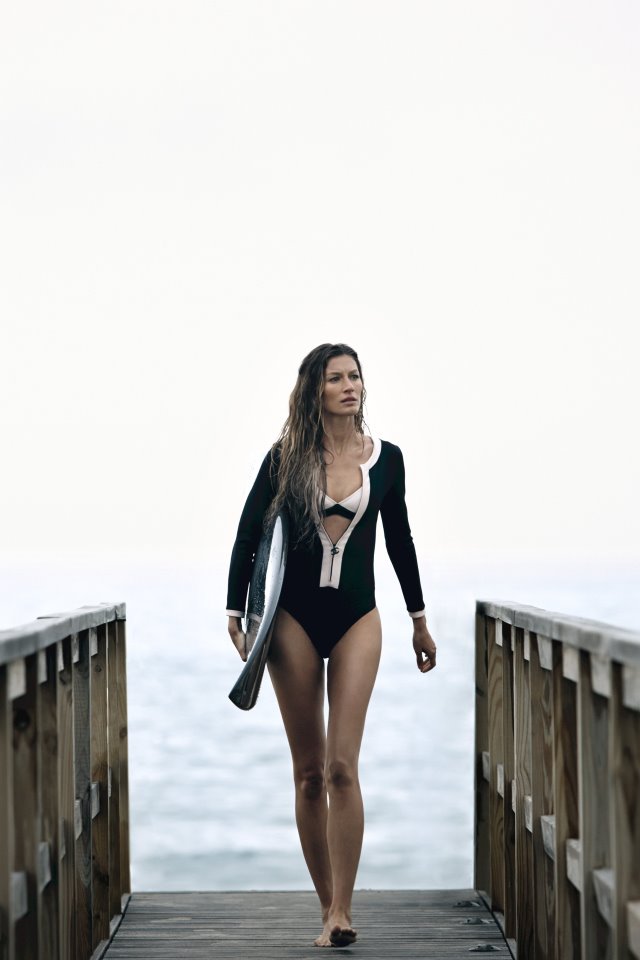 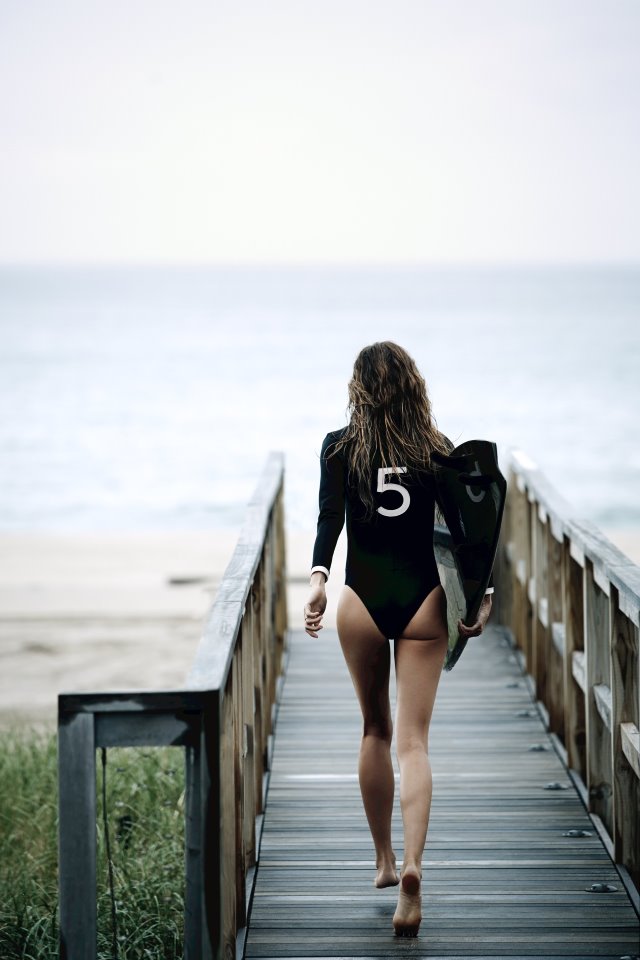 Chanel has teased its new campaign, dubbed ‘The One That I Want’, featuring Gisèle Bündchen.
The company has released two images and a 15-second video for the next push of its iconic Chanel No. 5 fragrance. Director Baz Luhrmann helmed the spot, which shows Bündchen surfing, and leaning up against a large number 5.
Bündchen herself had released a shot of her holding a Chanel logo surfboard on her Instagram on October 7, and a second image from the campaign on October 11.
Hugh Stewart shot the latest images of Bündchen, who, naturally, wears Chanel make-up, including le Blanc de Chanel and Perfection Lumière Velvet foundation in beige, Crème de Chanel blush in Révélation, les 4 Ombres eyeshadow in Tissé Mademoiselle, Le Volume mascara in black, and Rouge Coco lipstick in Mademoiselle. She wears a pink and black neoprene bikini top and a long-sleeved black and pink neoprene wetsuit especially made by Karl Lagerfeld for Chanel. The wetsuit sports the iconic 5 on the back.
The supermodel follows on from other celebrities including Catherine Deneuve, Nicole Kidman, Audrey Tautou, Keira Knightley and perhaps most unusually, Brad Pitt.
The campaign breaks on October 15, two years to the day after Pitt’s campaign broke. The hashtag #TheOneThatIWant will be used in social media. 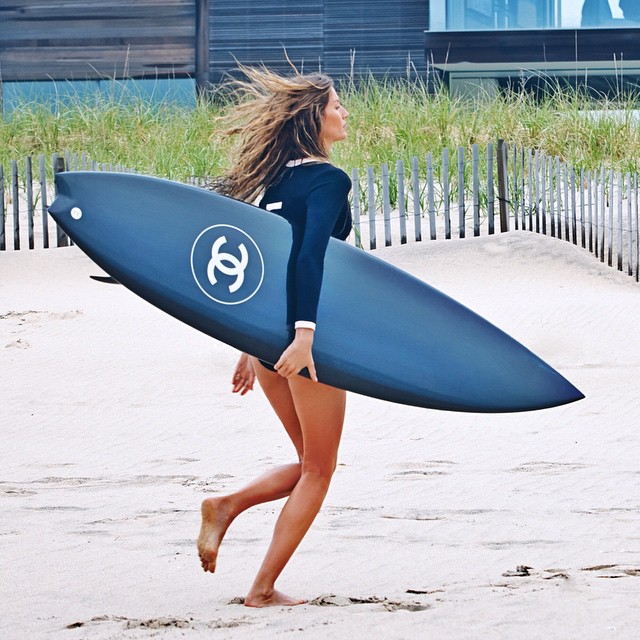 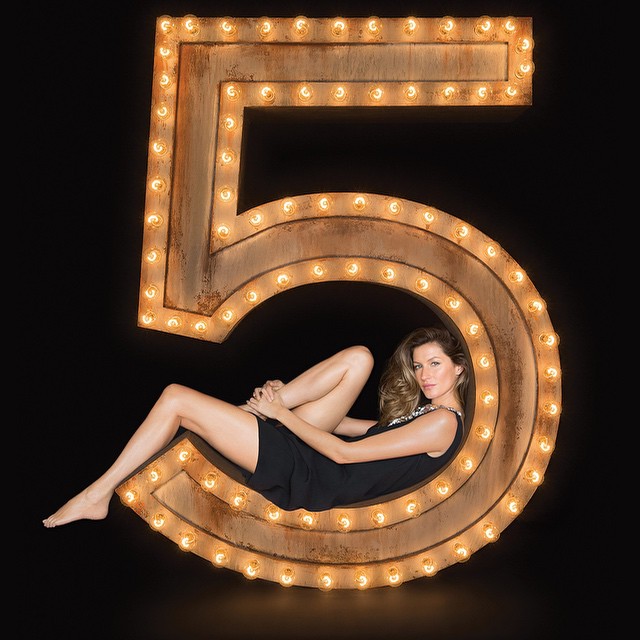