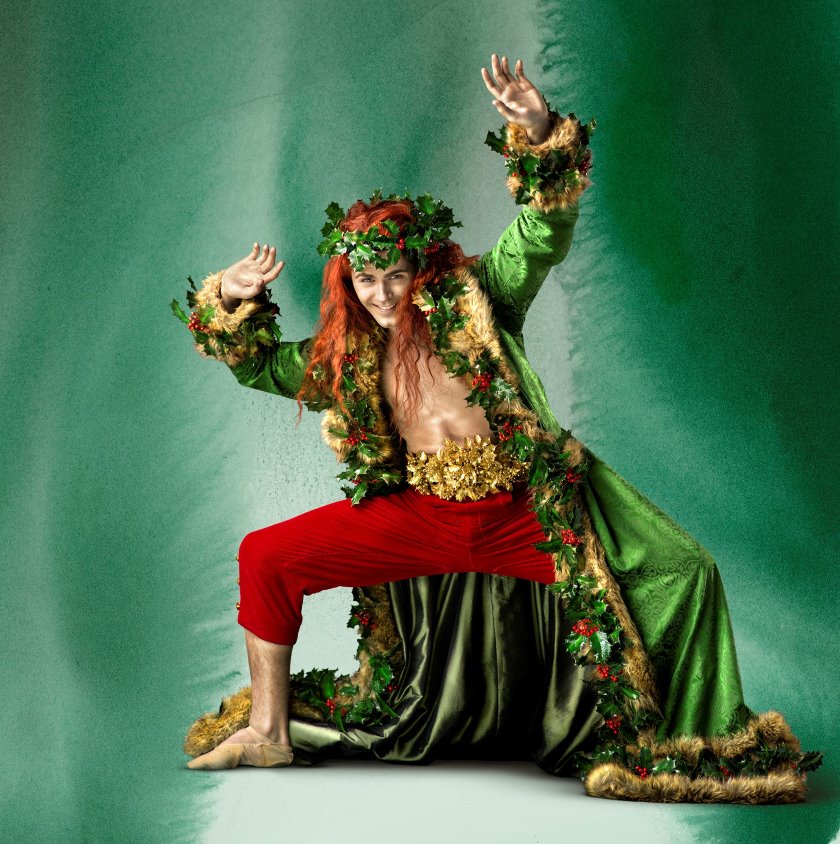 The Royal New Zealand Ballet’s final season for 2014, sponsored by Vodafone, sees Charles Dickens’ A Christmas Carol brought to life. Created for the Northern Ballet, it’s a true crowd-pleaser and the perfect family outing.
The RNZB’s Christmas performance has often been a spectacular that audiences of all ages can enjoy, and A Christmas Carol is no exception. The familiar Yuletide tunes and original music by American-born composer Carl Davis, CBE make A Christmas Carol musically accessible. Davis’s work will be familiar to television and film audiences (he scored The French Lieutenant’s Woman, the 1995 TV adaptation of Pride and Prejudice, and, most recently, an episode of the 2012 continuation of Upstairs, Downstairs), and he brings a similar lyrical, orchestral style to the ballet.
The familiarity of Dickens’ novel also helps: the characters are well known, especially to children, and this version, created for the Northern Ballet, stays close to the original Victorian setting. The humour is distinctly English: the second act’s dance between Mr and Mrs Fezziwig (played by Rory Fairweather-Neylan and Brontë Kelly on opening night) is Carry on in nature, while the Ghost of Christmas Present’s (MacLean Hopper) tendency to throw glitter made him the least frightening of the trio that visit Ebenezer Scrooge.
Paul Mathews, in the lead, exuded energy and still yielded surprises despite the well known storyline, but it was the flashback scene with a pas de deux between Young Scrooge (Shane Urton) and Belle Fezziwig (Lucy Green) that was the most touching and graceful in the ballet.
Belle, knowing the relationship had come to an end, expressed a lifelessness as she moved en pointe away from Young Scrooge, ever focused on finance.
The loss of love between the two was poignant, and the point at which Scrooge became the miserable character at the beginning of the story. It gave an extra element, almost a humanity, to Scrooge, that was seen in the novel.
Bob Cratchit, played by Kohei Iwamoto, was perfectly cast.
Each set was lovingly created, with production design by Lez Brotherston, the backdrops faithful to the emerging industrialization of the Victorian era, and the lighting by Jon Buswell (presumably following the original design by Paul Pyant) was used to eerie effect on two occasions: the emergence of Scrooge’s business partner’s ghost (light streamed up in a ghostly form before the dancer playing Marley appeared) and the Ghost of Christmas Past (who appeared to float as he visited Scrooge). Transitions between sets were cleverly handled, particularly Scrooge’s grave in the last act.
This is the first performance Lucire attended where the company sings, and young Wilson Jack, as Tiny Tim Cratchit, performs a touching solo of ‘How Far Is It to Bethlehem?’ (and never mind that it was composed outside the Victorian era). Nigel Gaynor, conducting Orchestra Wellington, excelled handling this extra dimension.
It was the finalé that was the most upbeat of any recent Royal New Zealand Ballet season, something that could be seen not just with the lengthy applause but the smiles on the audience’s faces as members began departing the St James Theatre.
The Wellington performances began October 30 and run till November 8 inclusive; Dunedin is from November 15 to 16; Christchurch from November 20 to 22. A Christmas Carol then returns to the North Island, in Palmerston North on November 26, Napier on November 29 and 30, Auckland on December 3 to 7, and Takapuna from December 13 to 14. Full details of dates and venues can be found on the Royal New Zealand Ballet website.
The late Christopher Gable directed the original production for the Northern Ballet, with choreography by Massimo Moricone; Daniel de Andrade serves as producer. It is the first ballet by the RNZB performed after the appointment of its new artistic director, Francesco Ventriglia, who takes up his new position during the run.—Jack Yan, Publisher 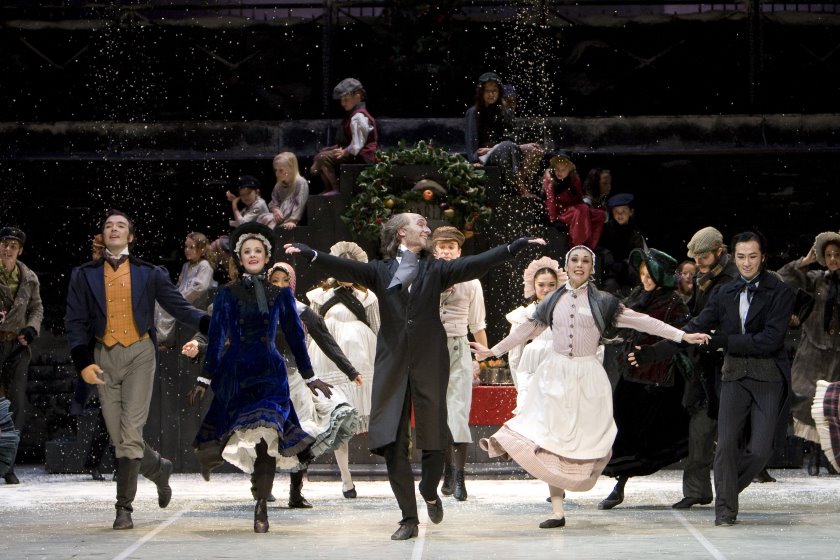 Above An image from the Northern Ballet’s production of A Christmas Carol.