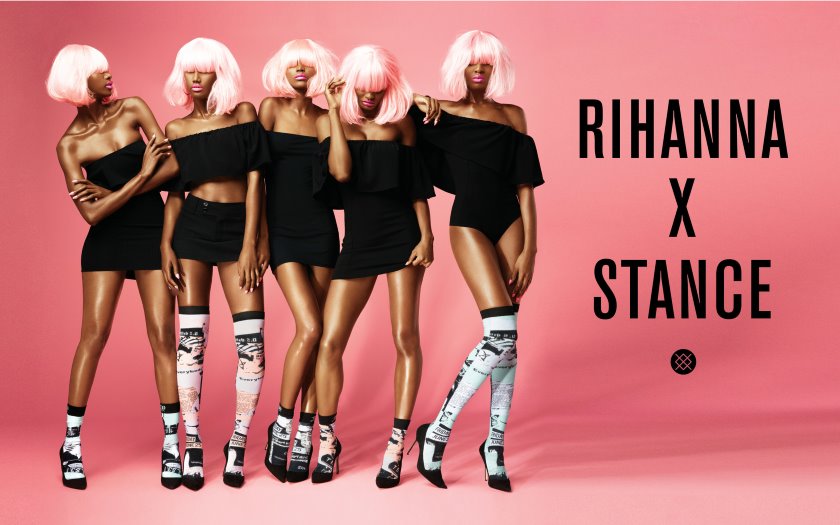 Pop star Rihanna has collaborated with Stance, a fashion company that has injected some pizzazz in the sock sector, with the fall–winter 2015–16 collection released today along with behind-the-scenes footage from her shoot. Rihanna, as Stance’s contributing creative director, was involved in the new collection from day one, and modelled in the shoot in Los Angeles during the northern summer.
The collection comprises 15 styles with pastel colours in a ‘Baby Goth Punk’ theme, ranging from crew to thigh-high socks. Six of the fifteen play off Rihanna’s limited-edition Murder Rih Wrote style from July, with newspaper typography as its print. The remainder pays homage to punk patches and goth, says the company.
The company will publish more of Rihanna’s creative contributions and releases via its social media, at stancemuse on Instagram and via its Facebook page.
The collection is now available via Stance retailers, including Opening Ceremony and Colette, and at Stance.com, with a selection at Nordstrom.