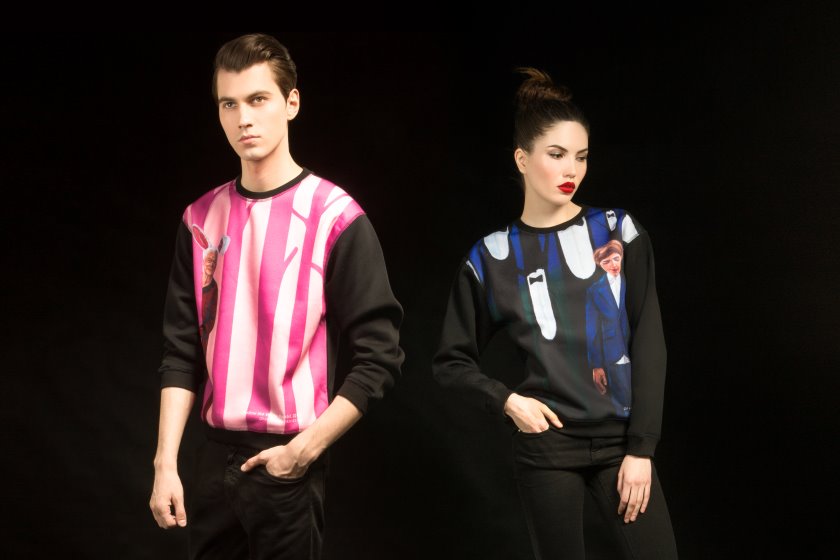 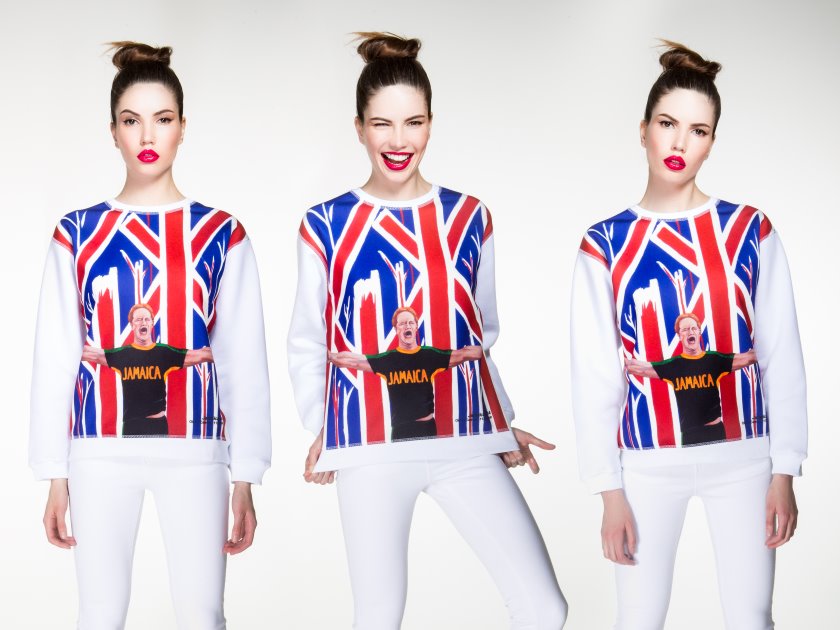 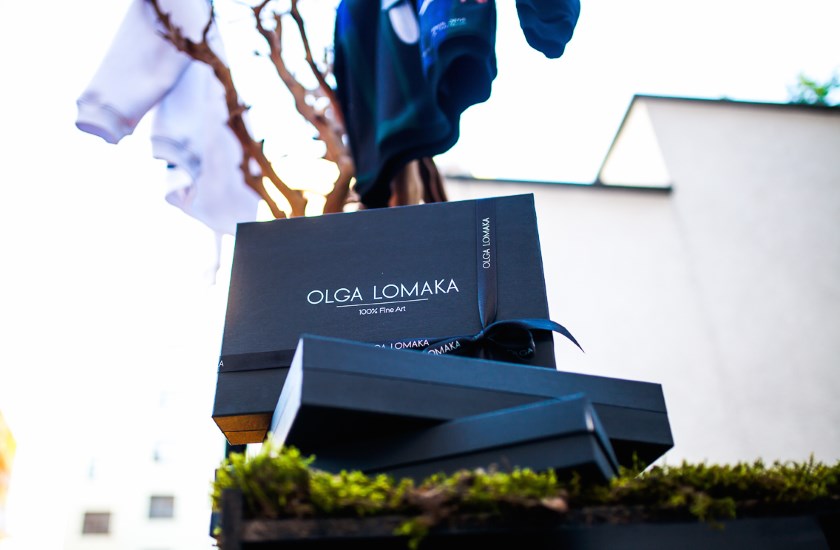 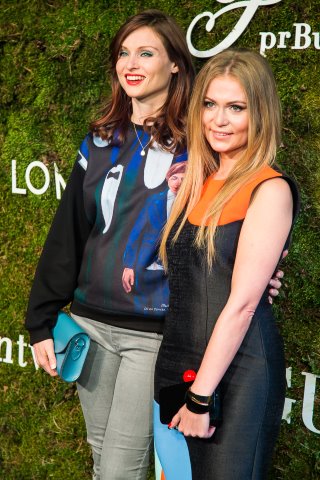 Above Olga Lomaka with Sophie Ellis-Bextor.

Fashion, much like contemporary art, is often misunderstood by society. Unwearable, kitsch and simply bizarre are just some of the words used to describe that wedding dress from last month’s Jean Paul Gaultier show. A lot of fashion statements over the last few years have been causing a stir of controversy in the masses. Why has fashion become so “statemented” and why can it be hard to accept, just like it once was hard to accept Andres Serrano’s Piss Christ?
Contemporary art has been causing a mixed reaction for nearly as long as it had existed. Is it a good idea to bring it into the everyday objects and turn it into fashion? I decided to find that out for myself through the works of Olga Lomaka, a London-based thought-provoking artist that has recently launched her own clothing line. ‘Art and fashion are so intertwined,’ says Olga. ‘They are a way of self-expression and self-identification. Fashion is the oxygen that makes me who I am, a mirror that reflects my personality and makes me unique.’ For her, taking art out of its usual framework of confined galleries and museums was the cornerstone of her project, Parasites of the Mind. Like a missionary, Lomaka tried breaking down the boundaries and turning an everyday object, such as a simple sweatshirt, into an art object, thus bringing art to the masses. Just like how fashion broke out of élitist circles into the crowds many years ago; just like Andy Warhol blurred the line between a supermarket and an art gallery with a simple Campbell’s Soup can.
It kept me wondering whether popularizing something as precious as art would take it a step too far to losing its own value. The value of thought, the meaning. Would a consumer even pay any attention to it? Would they see the effort behind it or would they just spot a pretty bright pattern that is so “in” this season?
‘Transforming art on to fabric takes it to a new level, making it easier for everyone and anyone to reach. Nowadays art no longer shows privilege or relation to the upper class, which makes the artist open to a wide audience and allows him [to] create without hindrance and restrictions. If anything, the prints of Parasites of the Mind on sweatshirts add more value to the original pieces. They make the art even more sought-after and are interesting to the public, showing modern views and cultural values … Thanks to this, as an artist, my dialogue with the viewer became so much more intimate … If a person is interested in modern art, follows trends and has a basic understanding of psychology he won’t be shouting about it. Instead, his intelligence will be seen through [the] actions and objects that surround him.’—Elina Lukas 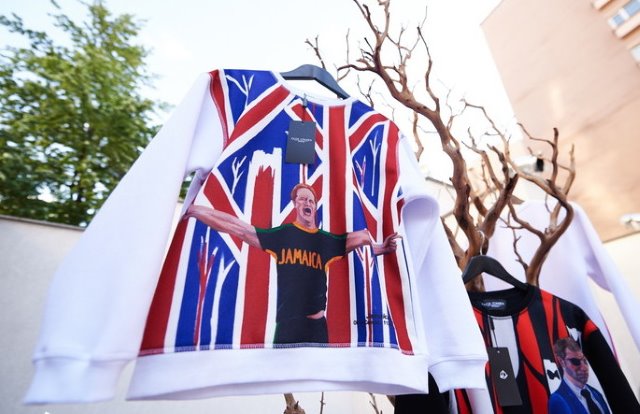 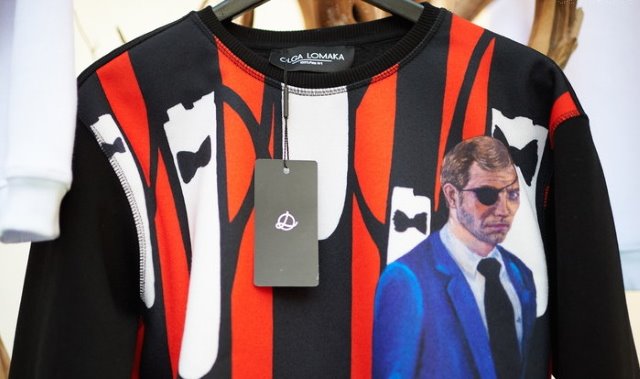 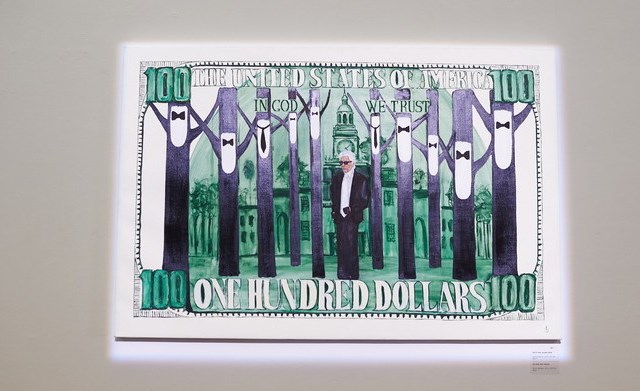