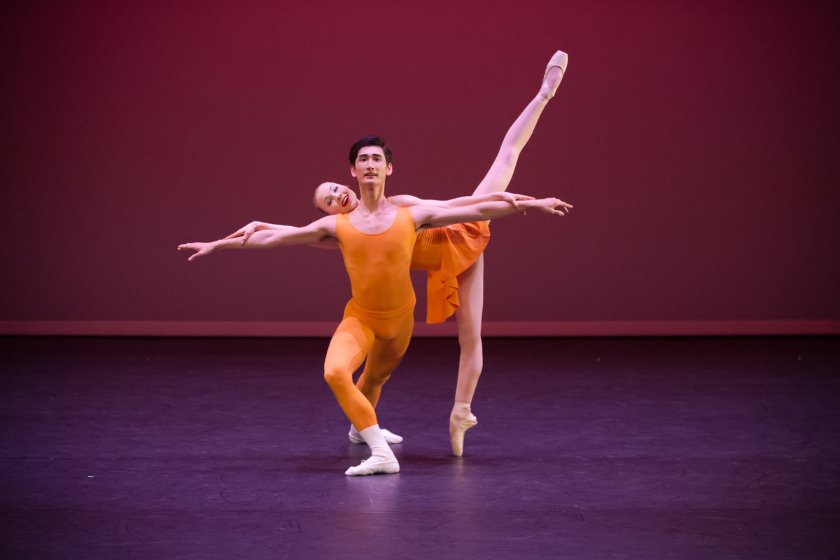 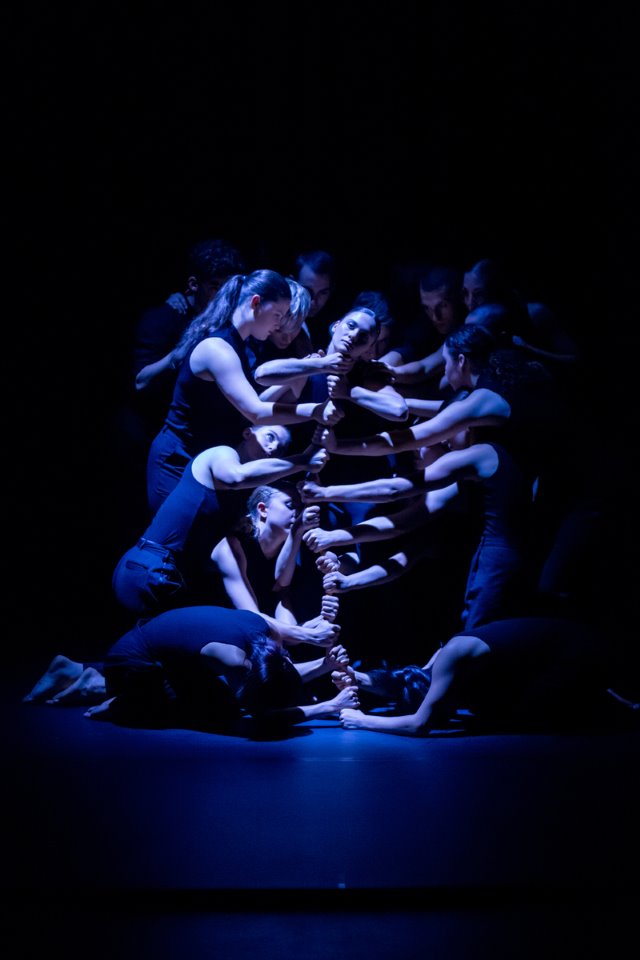 Top Concerto, part of the New Zealand School of Dance Graduation Season 2015. Above Sarah-Foster Sproull’s Forgotten Things, with the unfamiliar sight of a string of fists, waving in the space.

The New Zealand School of Dance Graduation Season performances, which began tonight (Wednesday), are always a highlight. It’s the culmination of a lot of hard work from second- and third-year students, and the six performances this year offer a very entertaining mix, especially for lovers of classical ballet.
In previous years, the NZSD has put more contemporary dance on the menu, but the mixture in tonight’s programme was equally welcome. Paquita, the grand-pas, kicked off the evening, choreographed by Anna-Marie Holmes after Marius Petipa. The students showed immense promise, and we wouldn’t be surprised to see many of them dance professionally in ballet before long. Yayoi Matches, in the title role, and Yuri Marques da Silva, who hails from Brazil, danced the role of Lucien, increasingly captivated us during the performance. The costumes were hand-made by Donna Jefferis, assisted by the students of the Diploma of Costume Construction at Toi Whakaari: New Zealand Drama School, according to the NZSD.
Forgotten Things took us to the other end of the spectrum with an incredibly inventive contemporary performance. With bare arms and hands, contrasting the black outfits worn by every dancer, we were exposed to unusual shapes: what does a string of fists look like as they wave in mid-air like the legs of a squid in the sea, or the hands of two dozen dancers opened out in antler formation? The idea behind the dance was to show cell division, phagocytosis and metamorphosis, translating the microscopic to human size. The beauty came from the fluid movement unusual shapes that we form with our arms, legs and hands when they are put together en masse, and we’d go so far as to say this was the cleverest dance of the evening. Sarah Foster-Sproull, a graduate herself, choreographed in her fourth commission, collaborating with the students: although trained in classical dance while at NZSD, she now choreographs contemporary dance, and, based on what we saw, very successfully. The second- and third-year students here gelled, and this dance showcased their coordination. The level of rehearsal in Forgotten Things, a world première, was evident.
Cnoditions of Entry (the misspelling is intentional) was another contemporary première, and hugely enjoyable. NZSD alumnus Thomas Bradley (class of 2012), choreographed and provided the score made up of electronica and bass noises, and even designed the costumes along with Jefferis. Bradley’s notes indicate that the dance was in two parts: the first created a mutual understanding between them; the second conveying ‘exhaustion suspension apology and defeat’. It began in darkness, with orange-hooded, androgynous dancers huddled in a group. Abrupt movements, angular, backwards steps conveyed a confusion, as though the society that had been formed was suddenly devoid of structure or rules, feeling like the aftermath of war. Rectangular lights shone on the two sides of the stage as dancers struggled to move toward it, escaping their personal prisons; the term ‘techno-dystopia’ came to mind.
Tarantella, a George Balanchine ballet with the masterful (and new father, with a one-month-old baby) Qi Huan as the répétiteur, saw us say at the conclusion of the pas de deux: ‘Hire these two now.’ Danced by Megan Wright and Jeremie Gan, this light-hearted yet passionate ballet needed the pair to master some very quick steps and changes of directions, and while inspired by Neapolitan street dance, the foundation is classical. It is not an easy ballet but we couldn’t fault either Wright or Gan.
Playing the game of contrasts in the programme, the contemporary As It Fades, originally commissioned by T.H.E Dance Company of Singapore and created by Kuik Swee Boon in 2011, was an energetic performance, and showed what the dancers were capable of, with strong, purposeful movements, accompanied by the strings in Max Richter’s ‘Jan’s Notebook’ and ‘November’, which painted a world struggling to understand itself. The tension sharply vanished at the end where a dancer was surrounded by the others, caught in a chair, exhausted, breathing heavily, conveying that notion of defeat and solitude. As the performance ended, the Richter score did not feel out of place in a bleak science-fiction film from the turn of the 1970s, with credits rolling as a dancer walked off-stage into the darkness, making us wonder what lay beyond the abyss. It was very clever, and got us ready for the final performance.
That final performance was Concerto, an abstract ballet choreographed by Kenneth MacMillan after he joined the Deutsche Oper in Berlin, with a musical score by Dmitri Shostakovich (many audiences will know his work not from ballet but from the theme tune of Reilly: Ace of Spies; this was his ‘Piano Concerto No. 2 in F’), that premièred in 1966, staged here by Lynn Wallis and coached by Stephen Beagley. Two pianists provided the Shostakovich score, while the 29 NZSD dancers were resplendent in yellow, orange and red, in costumes courtesy of the Australian Ballet. How could one not feel upbeat? The three movements began with the allegro, the corps de ballet doing a well coordinated en pointe, with Yeo Chan Yee and George Liang as the central couple performing some very skilful, quick turns. By this point the classical dancers were all in the swing of things, and there was not a single hesitation as Concerto moved to the andante and a romantic pas de deux from Lola Howard and Jerry Wan, before the final movement that opened with a beautiful solo from Georgia Powley before the ensemble brought the performance to a spirited, optimistic close.
The Graduation Season runs till November 28 at the New Zealand School of Dance at at Te Whaea: National Dance & Drama Centre, 11 Hutchison Road, Newtown, Wellington, New Zealand. Each performance is at 7.30 p.m. except for Sunday and Monday; matinees are at 2 p.m. on Sunday, November 22 and Saturday, November 28. Tickets are NZ$33 for adults, NZ$25 for students, seniors and groups of 10 or more, and NZ$18 for children under 13. Bookings are available online.—Jack Yan, Publisher 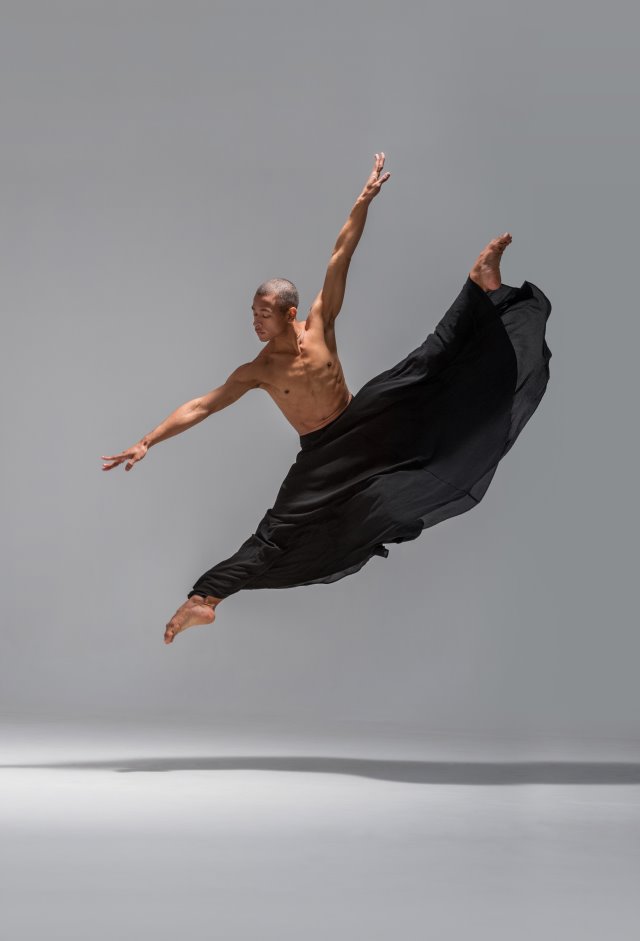 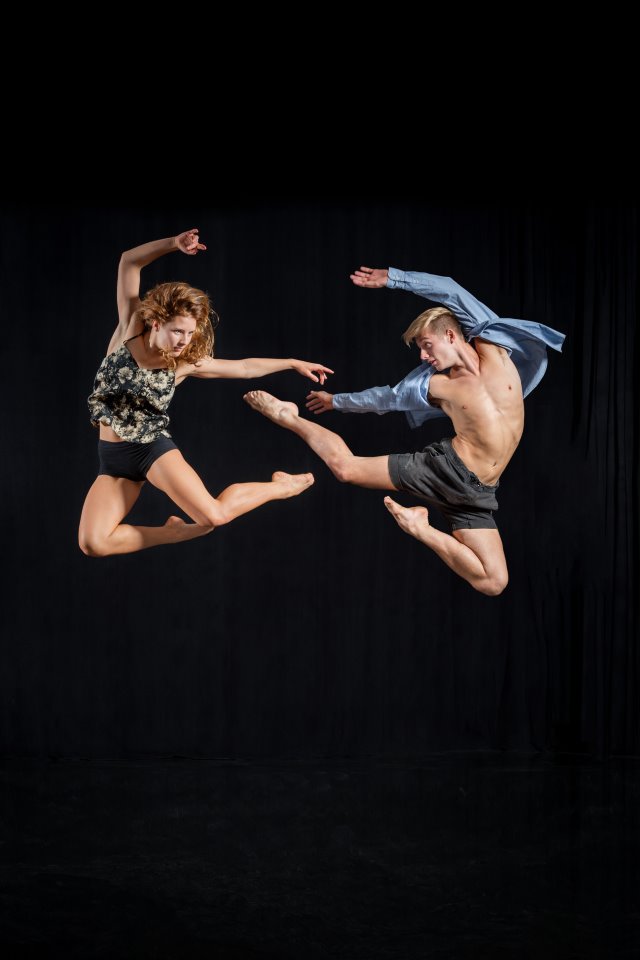 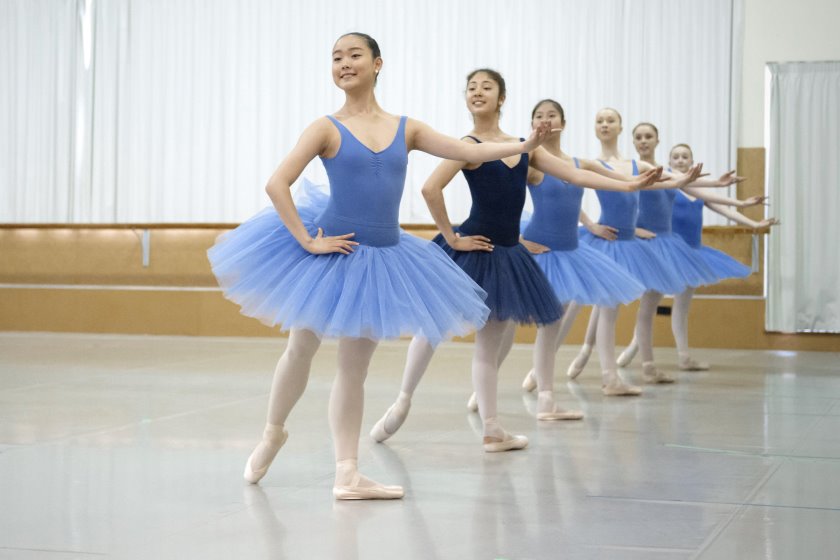 One thought on “A masterful Graduation Season at the New Zealand School of Dance, with two world premières”