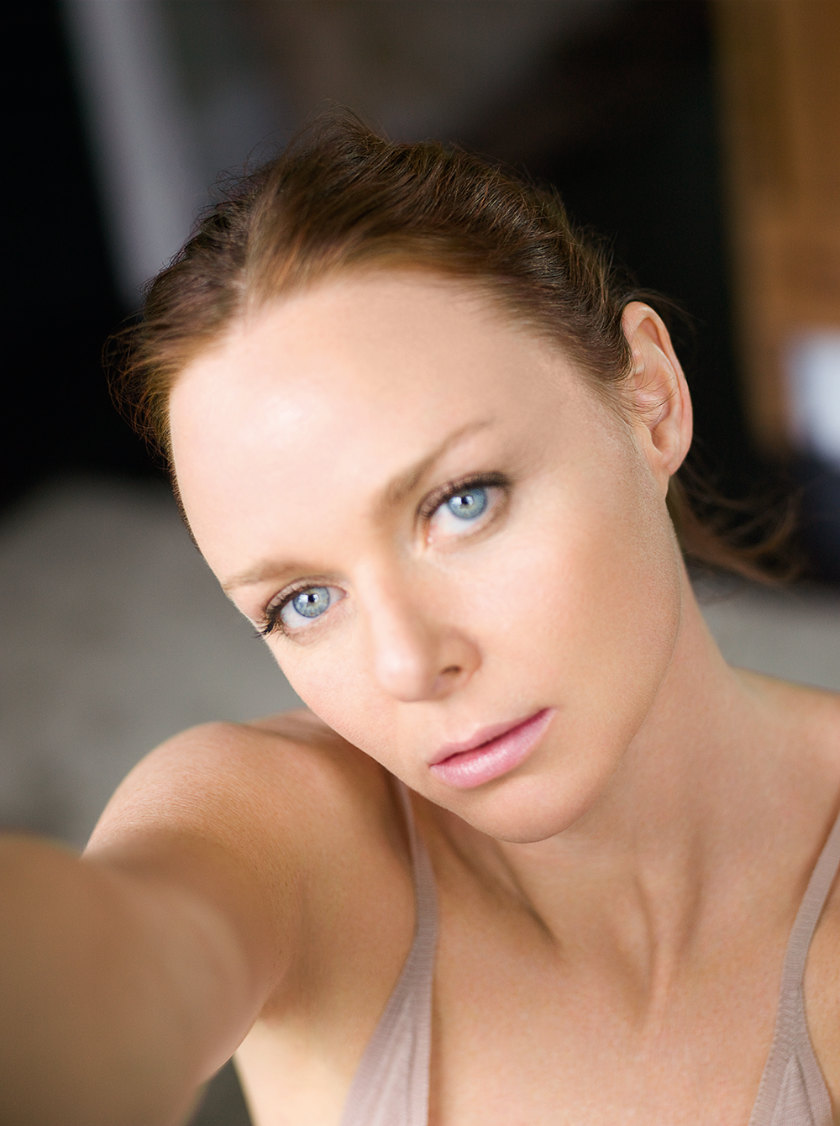 In October, Fast Company profiled Stella McCartney in a piece that found its way to me not via Lucire, but via Medinge Group, the international think-tank on humanistic branding. Wearing that hat, we’ve long advocated corporate social responsibility, and McCartney has been “living the brand” for a long time.
She has ‘never used leather, skins, fur, or feathers in her products,’ says the magazine. The Stella McCartney label has been true to its ethical values, believing it is responsible for the impact it has on our environment. She introduced organic cotton to her collection in 2003, and now half of each collection is made of sustainable materials; organic cotton makes up 62 per cent of all cotton she uses. She uses vegetarian leather, which unlike regular leather doesn’t require land for cattle and grazing or be concerned about methane released from the animals. Her wool is sustainably farmed, and the cashmere is regenerated. For synthetic materials, McCartney uses recycling partners to reduce fossil fuels in textile production.
She has been able to translate this social responsibility along with quality design into a premium positioning, showing that you can do the right thing and make money: McCartney is the highest-paid fashion designer in the world, with an estimated $75 million in combined earnings, claims People with Money.
Instead of nylon, she uses Econyl, a thread that can infinitely regenerate nylon waste into new fibres. Her next step is collaborating with Bolt Threads on Microsilk, a bioengineered material that mimics silk but with no insects being harmed, and no petroleum, land or water used. Fast Company says Microsilk could be as revolutionary as the launch of du Pont’s nylon in the 1930s. And partnering with the RealReal, the luxury consignment website, McCartney is actively encouraging her customers to resell, extending her clothing’s life cycle. According to the RealReal, 80,000 million pieces of clothing are produced annually, and 75 per cent will wind up in landfills. Consigning is a way of mitigating that.
McCartney has rightly used her position in the industry to advocate for sustainability, something many can take a lead from.
And it’s very interesting to note that McCartney got a lot of her knowledge in sustainability from Adidas, with whom she collaborates. They were up front about the dangers of PVC, and introduced her to more sustainable production methods.
When Lucire was one of the top 45,000 sites in the world, in a much less populated web space, we began advocating for sustainability as the first fashion industry partner of the United Nations Environment Programme, now more commonly known as UN Environment. We’re still pushing for these stories, and it’s why McCartney’s work has always struck such a chord with us.
It’s why this week’s news that McCartney will receive a Special Recognition Award for Innovation at the British Fashion Awards (officially ‘The Fashion Awards 2017 in partnership with Swarovski’) this year is especially heartening—because it means a professional lifetime of hard work, of making a stand and sticking to it, has paid off.
It’s not the first award she has had from the British Fashion Council: in 2011 she won the Red Carpet Award. But this one connects to the very heart of the Stella McCartney label.
‘McCartney’s main mission in combining her brand’s commitment to sustainability without compromising on luxurious beautiful designs is what makes her a game changer in the industry, a true innovator,’ said the British Fashion Council in its release.
‘I’m incredibly proud to get this award. What I am most proud of is that it is a new award that is introduced into the Fashion Awards, a special recognition on innovation. I am hoping that as being the first recipient, I can inspire other design houses to follow suit and to make this the most prestigious award, not just a one-off,’ said McCartney.
Dame Natalie Massenet, chair of the council, added, ‘Stella is a fashion pioneer, she has created a modern business that in turn has led her to be at the forefront of sustainable sourcing and material innovation. She is proof that high and ethical fashion combined can create astonishing results and her innovative approach to the industry is an inspiration to us all.’
Seeing McCartney honoured in this way could be a sign that the world is waking up to celebrating those who do social good, especially in an age where there is so much confusion within countries like the US and UK. The Council, and others, could have fêted sustainable designers a decade ago, but these ideas had not filtered through to the mainstream. Lucire’s own claim to work with UN Environment netted some decent press at the time, but public interest in this aspect of our raison d’être quickly waned, and we watched magazines such as Organic Style fold.
McCartney is not the first eco-designer, but she certainly is the highest-profile, and we’re thankful that she’s made it possible for the fashion establishment to be OK with thinking about sustainability. In issue 38 of Lucire, we’re again looking at a sustainable designer, among others. For this community to know that its members can potentially rise to the top of the fashion profession while never compromising on sustainability is priceless. It was something we didn’t have in the 2000s as we pushed our sustainable agenda—many, though not all, of the advertisers back then didn’t get it—and that’s something that the fashion industry need not worry about as it heads into the late 2010s and early 2020s. It’s in our best interests to make sure we have a planet to live on, and “business as usual”, polluting the environment and using our limited resources aren’t going to cut it—and that’s becoming more and more evident.—Jack Yan, Publisher

One thought on “Why we should be thankful for Stella McCartney”