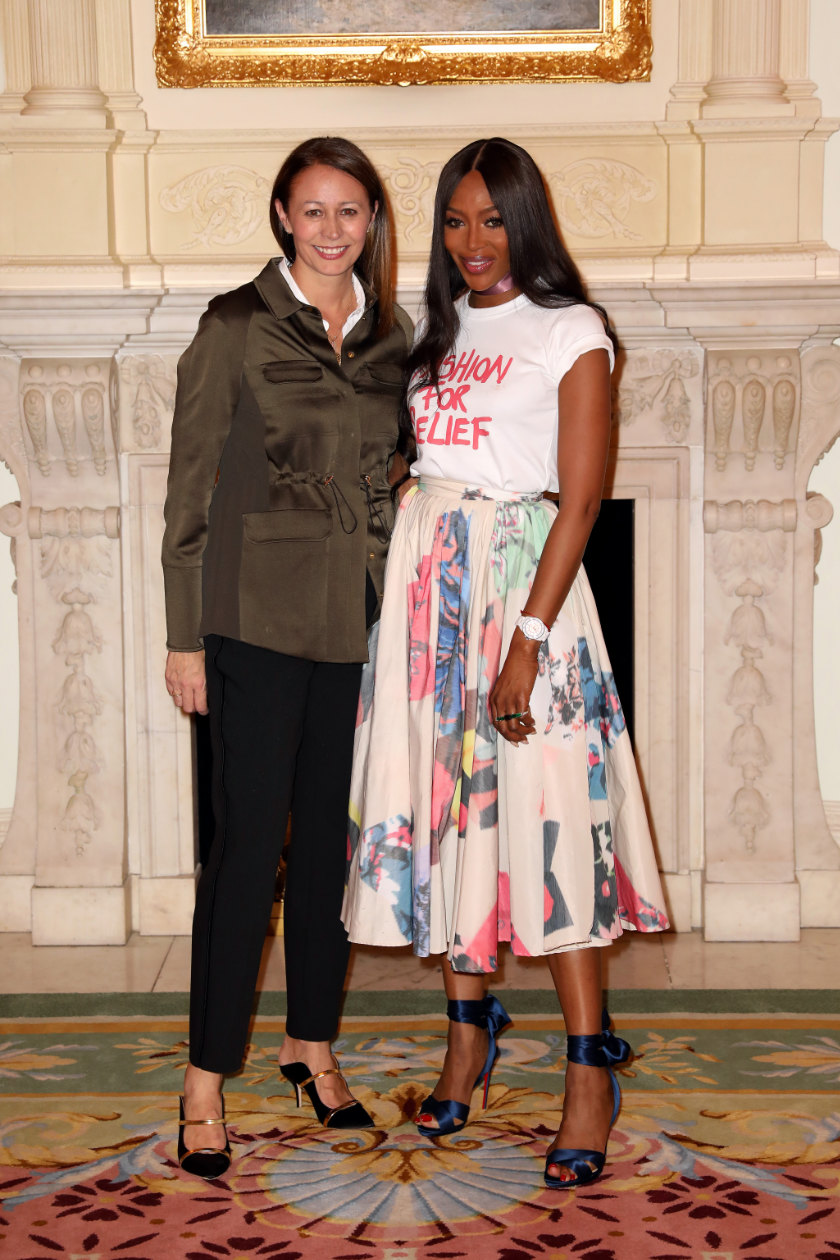 Supermodel Naomi Campbell will receive the Fashion Icon award at this year’s Fashion Awards from the British Fashion Council, to be held December 2 at the Royal Albert Hall.
The Council says Campbell is being honoured for her career as a supermodel and for her philanthropy, in particular for her efforts toward diversity and equality, especially in Africa.
Caroline Rush, the British Fashion Council’s CEO, said, ‘We cannot think of a more deserving recipient than iconic Londoner Naomi Campbell, she has achieved exceptional work in the industry. Naomi represents female empowerment, activism and glamour and her voice is used for great impact. We are thrilled to present the Fashion Icon award to Naomi and acknowledge her for her remarkable contribution to the global fashion industry and we look forward to celebrating with her in London in December.’
Streatham-born Campbell, with Jamaican and quarter-Chinese heritage, was discovered by an agent after school when she was 15. In 1986, just shy of her 16th birthday, she scored her first cover, with Elle UK. She was the first black model to cover Vogue Paris in 1988, and the first black model on a Vogue September issue, in 1989. She scored the same firsts on the covers of Time and Vogue Russia, and was the first black British model on the cover of British Vogue. She has appeared in campaigns for Chanel, Burberry, Christian Dior, Versace, Fendi, Balmain, Prada, Valentino, and Ralph Lauren.
Her charity work began with Nelson Mandela in 1993. Campbell presented a tribute to Mandela in what would have been his 100th birthday year at the 2018 Global citizen Festival, and spoke at Winnie Mandela’s funeral. She founded Fashion for Relief in 2005, initially to help victims of Hurricane Katrina, and helped launch the Diversity Coalition campaign to address racism in the fashion industry. She headlined the 2019 Forbes Woman Africa Leading Women Summit and co-produce the Arise Fashion Week in Lagos.
Tables and boxes to the Fashion Awards are now on sale. For details, email [email protected] or [email protected] General tickets go on sale on June 26, with American Express customers able to access pre-sale tickets on Ticketmaster.