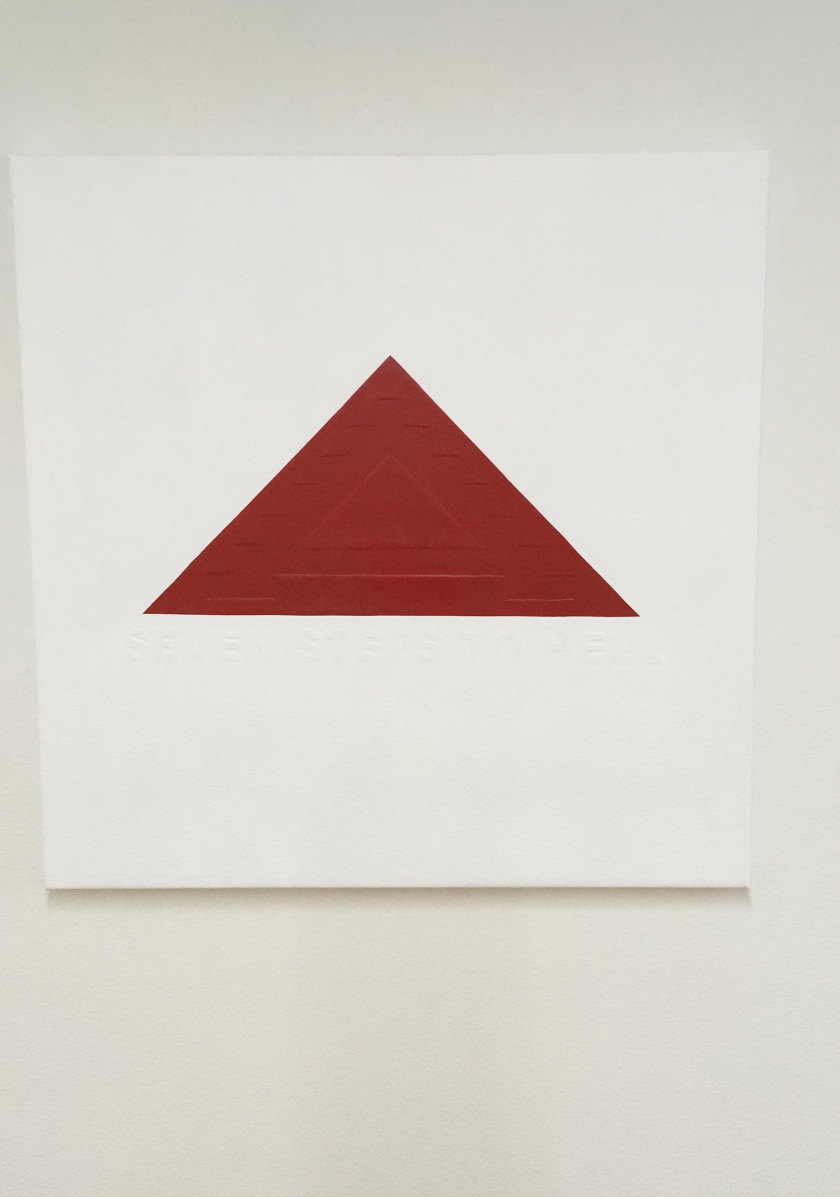 Top: Seven Steps to Hell, by Michael Holman. Above: Holman in 2019. Below right: Holman with Jean-Michel Basquiat. 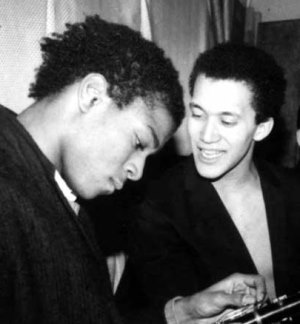 The American artist Michael Holman isn’t as notorious, prolific or inflammatory as his confidant and colleague Jean-Michel Basquiat. He might be as controversial. A co-founder of the punk legend’s band Gray, Holman was everywhere on the scene in the ’70s and ’80s and eventually forged an enduring reputation of his own, prominently participating in the hip-hop world, hosting an influential rap-centric television show, screenwriting (Basquiat, the Julian Schnabel movie, among others), producing videos, reporting, teaching and working a parallel career as a painter. While widely exhibited, his artistic output now goes quickly into collectors’ hands. Later this month there’s an opportunity to meet the artist and see one of his works in a group show entitled Under the Radar, being loaned for an exhibition in the Hamptons outside NYC. The privately owned painting follows a museum showing last summer in München.
An autobiographical canvas, Seven Steps to Hell, is included in the exhibition at the Amagansett Free Library, 215 Main Street, Amagansett, NY. The image, taken from the unit and insignia of the 7th Army, based in Bavaria and part of the liberation of Europe during and after World War II, was the unit to which Holman’s father was assigned when the family lived in Germany in the early 1960s.
Opening night, November 16, from 5 to 7 p.m., you have the opportunity to meet and greet Michael Holman, view Seven Steps, and perhaps experience a personal interaction with a living legend.—Stanley Moss, Travel Editor