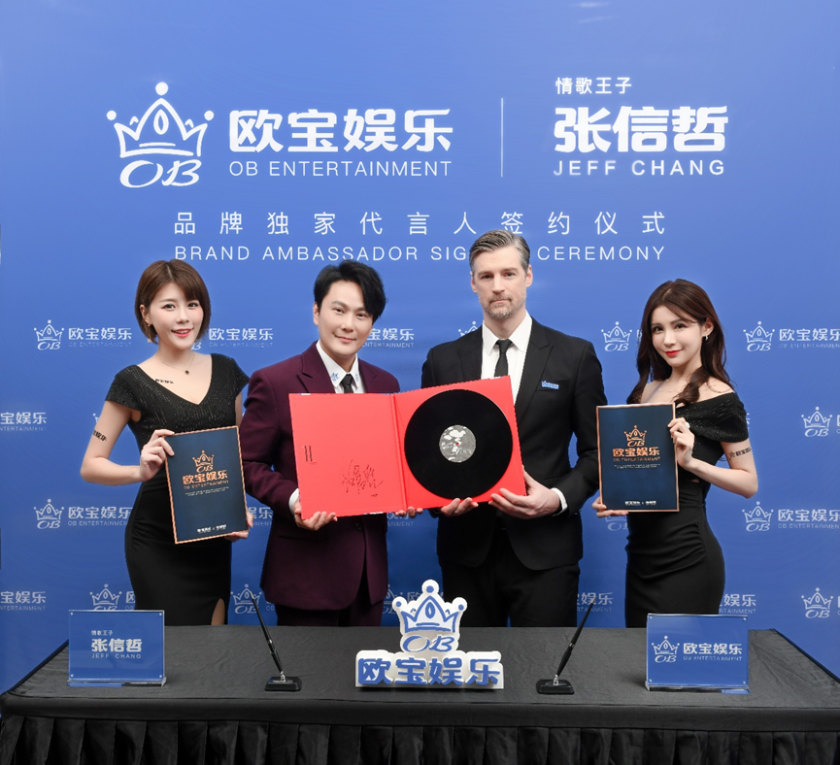 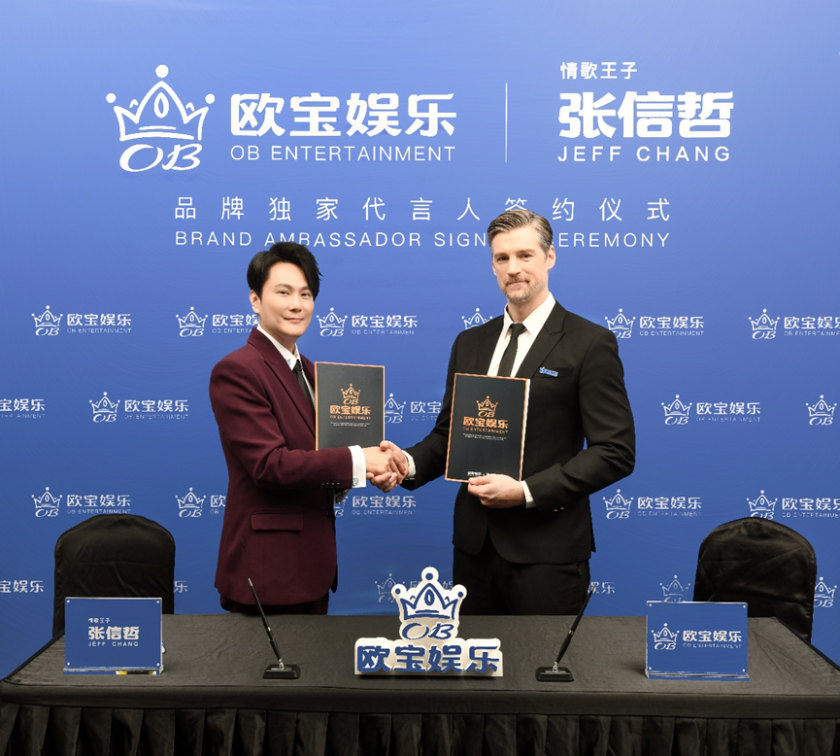 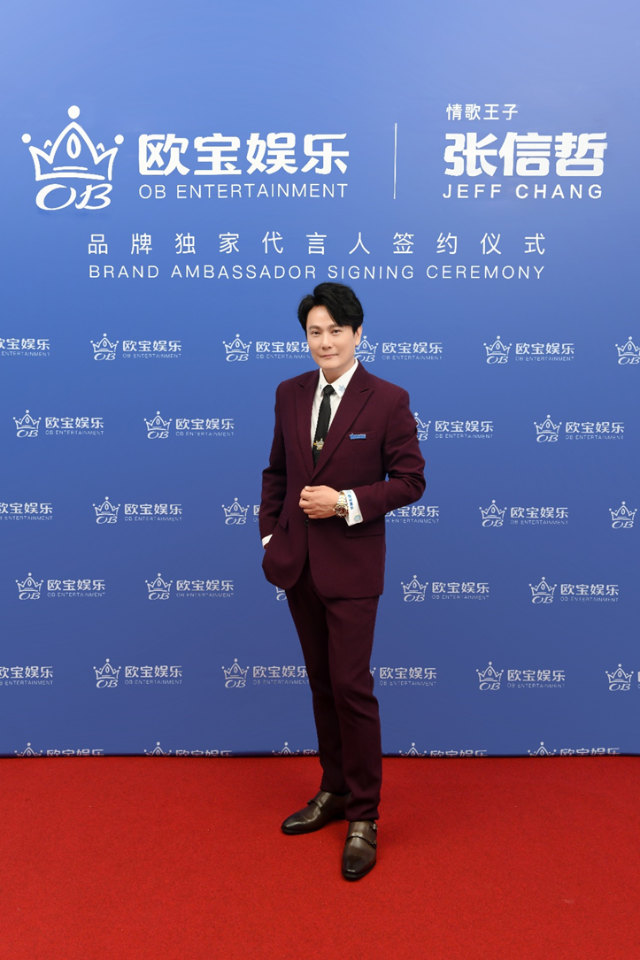 Taiwanese singer Jeff Chang (張信哲/张信哲), known for his Mandarin pop ballads, has been named a brand ambassador for OB Entertainment (歐寶娛樂/欧宝娱乐), a China-based sports’ betting platform. Chang will collaborate with OB on numerous ventures, both on- and offline. It also expects to promote itself beyond China’s borders.
While the deal was inked on February 20, Chang appeared at his first event in Beijing on March 20 to announce the agreement publicly, and to have a commemorative signing.
Representing OB at the event was its PR head for Asia-Pacific, LeBron Marsdena.
OB says that Chang’s evergreen image, along with his stability in the entertainment world, made him a perfect fit to convey the company’s values and strategy, and calls it the start of a new era.
OB already has an agreement with Valencia CF in football.
OB’s web presences are fluid—it often shifts addresses—although sports’ betting is legal in China, provided citizens use domestic bookmakers only. 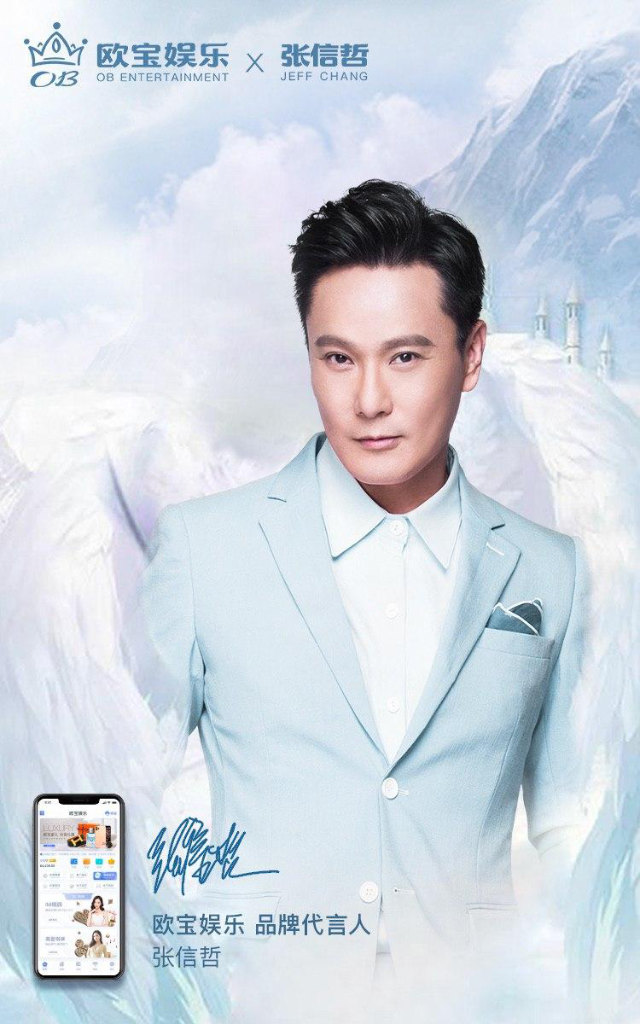 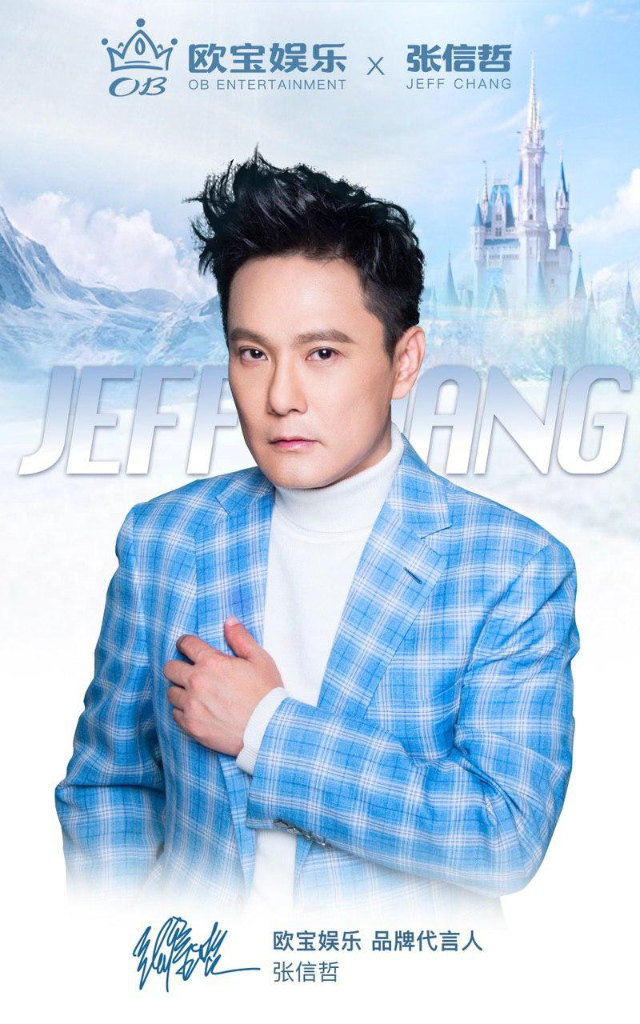 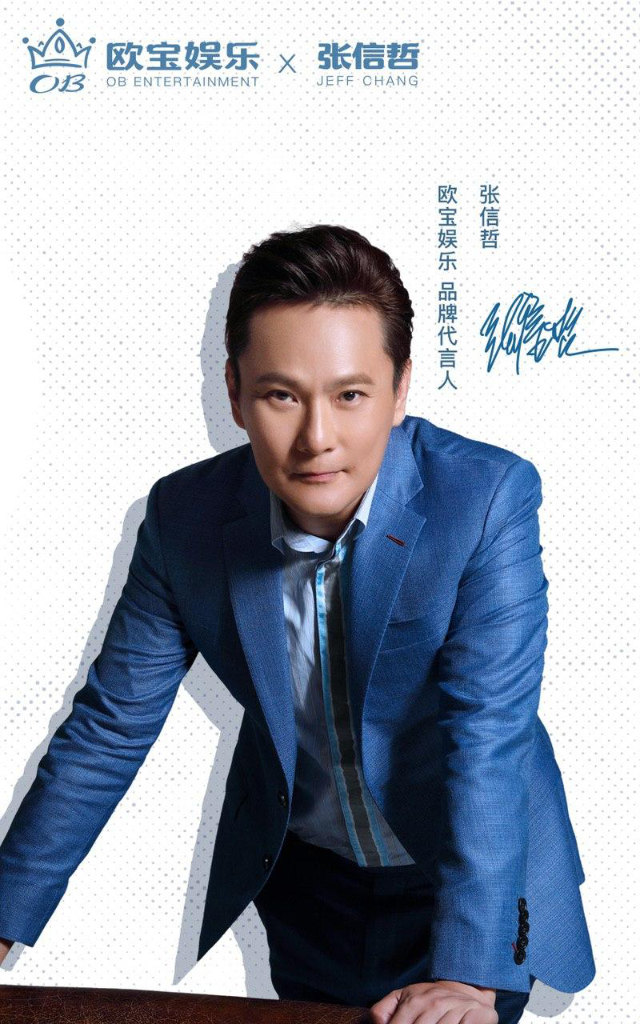 Above: Promotional graphics have already been produced showing the brand ambassadorship.