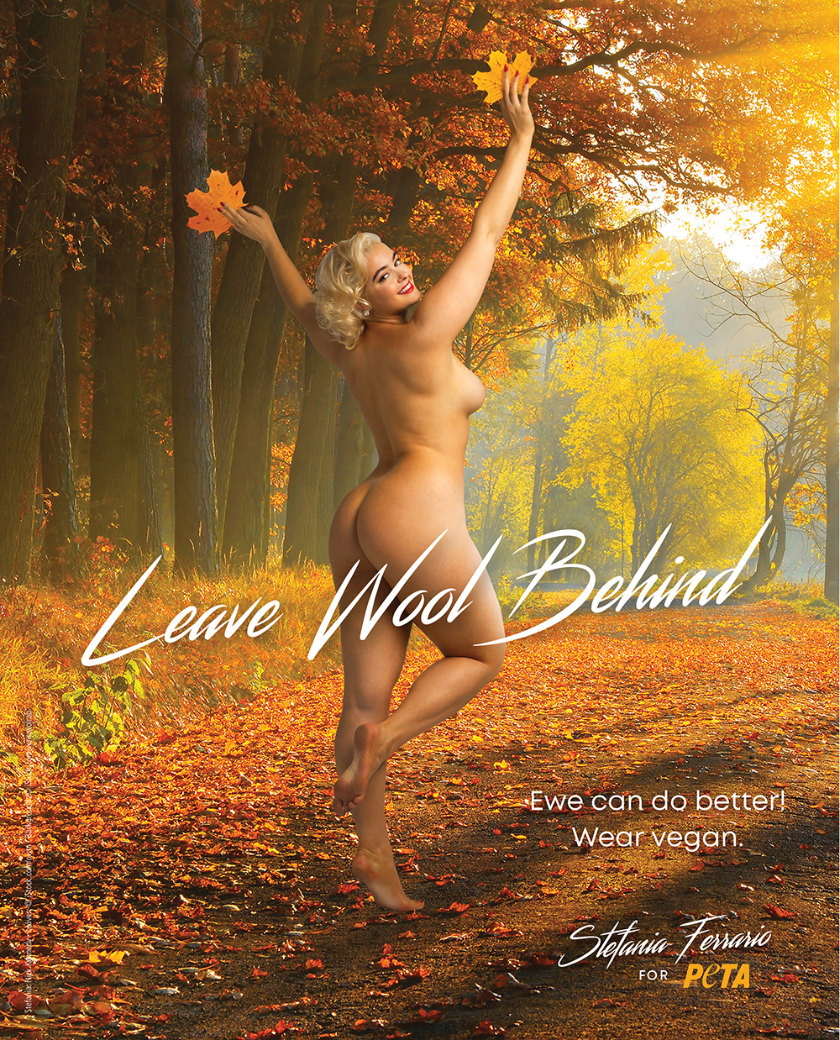 PETA’s latest spokesperson in its ‘I’d rather go naked’ campaign is Stefania Ferrario, the Australian model who’s urging people to ‘leave wool behind’.
Ferrario’s message is that ‘Ewe can do better! Wear vegan.’
In the campaign video shown below, Ferrario says, ‘Workers are being paid for the volume of wool they’re producing, so when they’re shearing the sheep, they’re going really fast. The sheep can end up having horrific gashes, bleeding, and then they’ll sew the sheep up without any anæsthetic.’ Viewers are advised that there are distressing scenes.
PETA and its affiliates’ exposés have revealed that Australian sheep have chunks cut off their backsides during mulesing, and found distressing cruelty at each of the 100 properties they visited.
Ferrario has over 1 million Instagram followers and has modelled for some of the world’s biggest brands. She joins celebrities such as Alicia Silverstone, Arianwen Parkes-Lockwood, and Joaquin Phoenix in speaking out against the barbarism in the wool industry. PETA notes that wool is ranked on the Higg Materials Sustainability Index as worse for the environment than polyurethane, nylon, and acrylic.