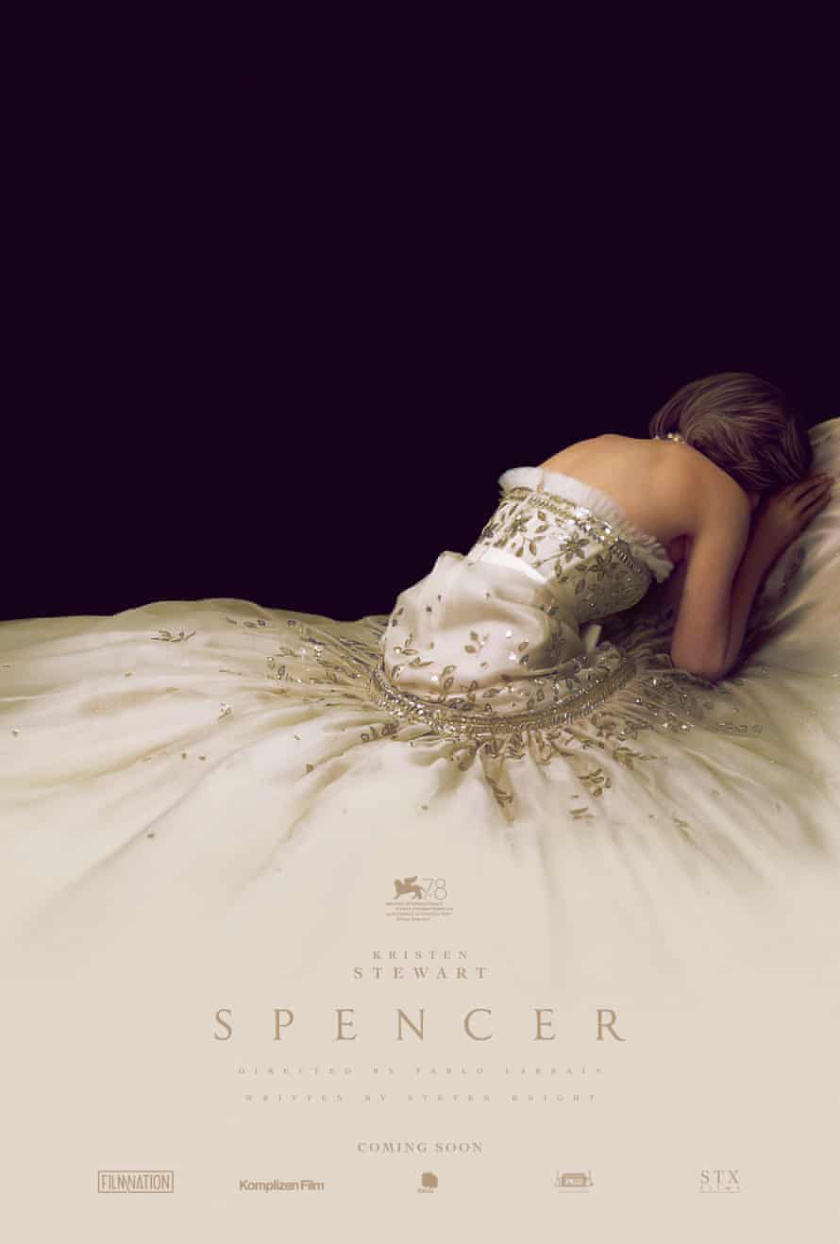 There’s been a tremendous amount of interest in Diana, Princess of Wales of late—especially around the time of what would have been her 40th wedding anniversary to HRH Prince Charles. The Crown has added to interest in the People’s Princess, and the latest encroachment on her memory is Pablo Larraín’s Spencer, a biopic with Kristen Stewart in the role of Diana. Larraín had made Jackie (with Natalie Portman) and Neruda, both released in 2016.
In Spencer’s poster, Stewart, a Chanel ambassador, wears a beige organza evening gown embellished with gold and silver round, oval or leaf-shaped sequins forming floral branches from the Chanel spring–summer 1988 haute couture collection. It was re-created entirely by hand for the movie by Chanel, requiring 1,034 hours of work (700 hours for embroideries) by five full-time seamstresses.
Chanel notes: ‘This strapless, boned dress has a straight neckline trimmed with a delicate pleated tulle ruffle and a frieze composed of ovum and florets, an appliquéd satin belt with a bow at the front, a skirt fitted down to the hips then gathered and longer at the back, as well as multiple tulle flounces mounted on an organza petticoat. Embroidery by Lesage and Pleating by Lognon.’
Spencer premières in competition at the Biennale di Venezia, the Venice Film Festival, on September 3. 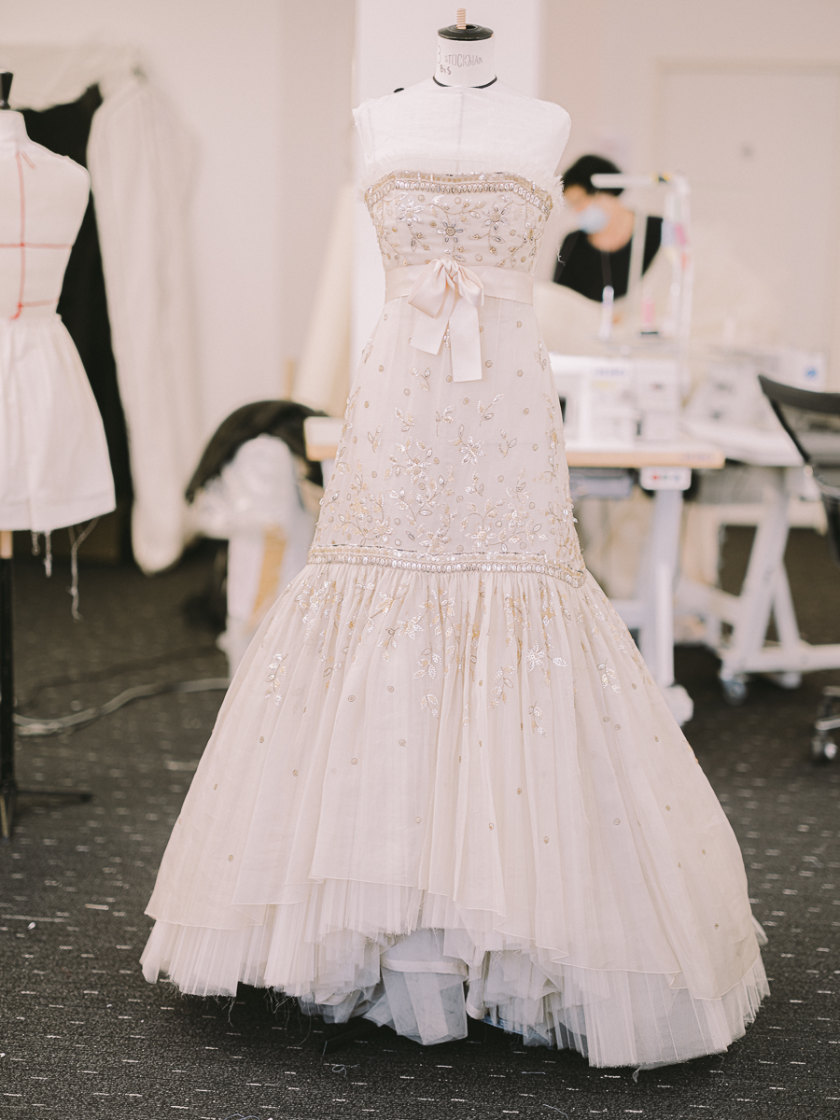 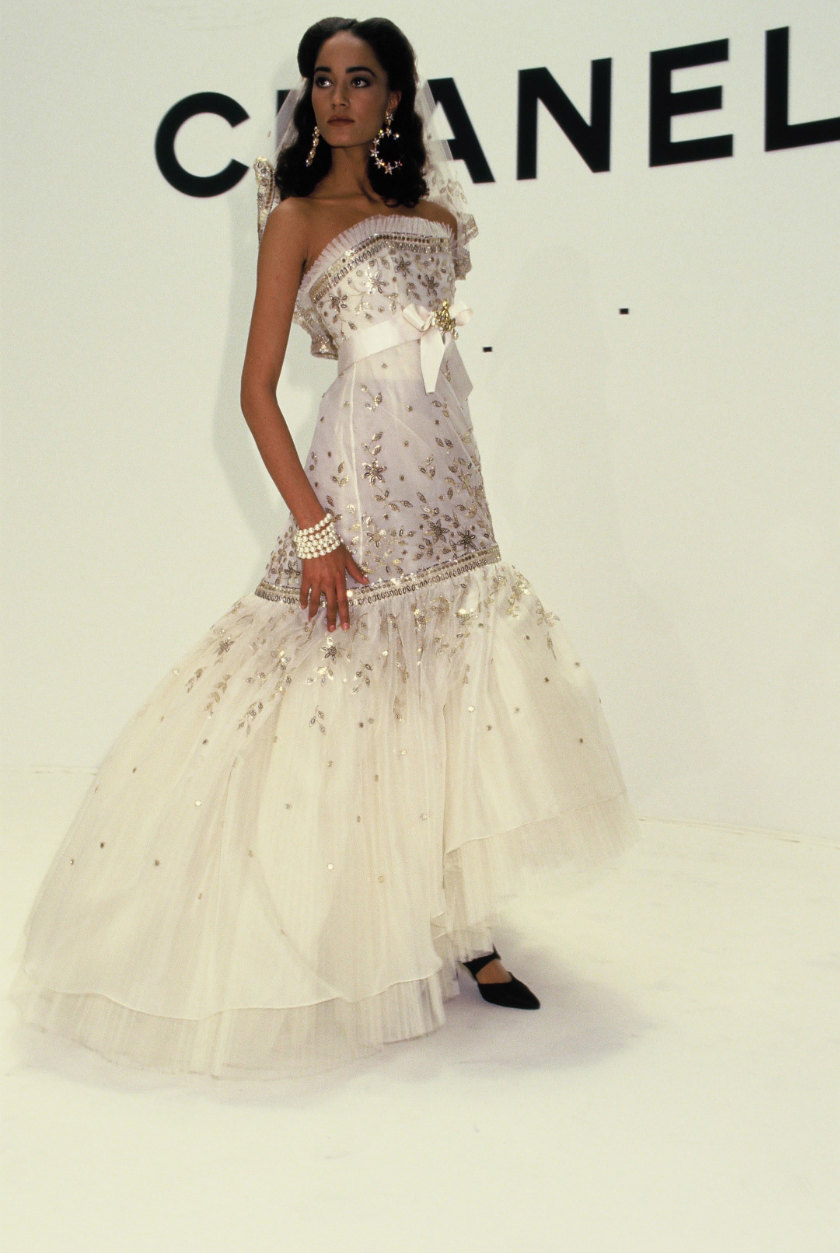