For those of you who follow us on Facebook, we have some bad news: we can’t do any more updates. In the meantime, we suggest you follow our website and turn on the updates (note: this service isn’t run by us, either, but by Onesignal).

It appears that the automated reposts from Twitter to Facebook stopped working on April 25, and Meta-approved programs such as Zoho Social also cannot post to our page. 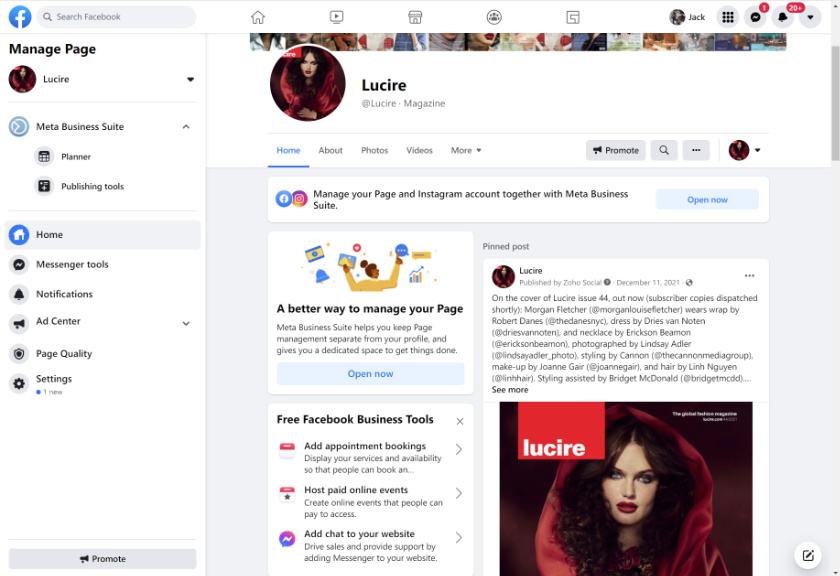 You can read a bit more about it on my blog.

Facebook has, in our experience, frequently been one of the buggiest websites out there. We’ve seen it change links we feed in (appending code so links go to non-existent pages), and we often cannot like or post on the site—though this latest bug doesn’t seem to be fleeting.

We investigated this with Meta Business Support, and they claim that two-factor authentication has been turned on. None of the admins have any knowledge of this.

One of the admins is adamant that he never uses it—and I believe him. He also says it’s never secure enough in his opinion.

When I put this to Facebook, they then appear to suggest that it’s because of the page’s popularity that they turned this extra security measure on.

The trouble is, none of the authentication methods are ones that we’re comfortable with, or even available to us. And I would think that we could judge whether we needed it or not, not a company thousands of kilometres away.

We’ve checked what we could of the settings (since the regular settings’ page is unavailable to us), and we haven’t been hacked or removed as admins.

Interestingly, despite Facebook’s claims about two-factor authentication, one of the page editors can still get in, so when she returns to the office, we may ask she feeds in a message to readers to explain what’s happening. We were also able to get to the Facebook Business page for Lucire by following other links, and despite finding posting windows there, nothing actually will go through. 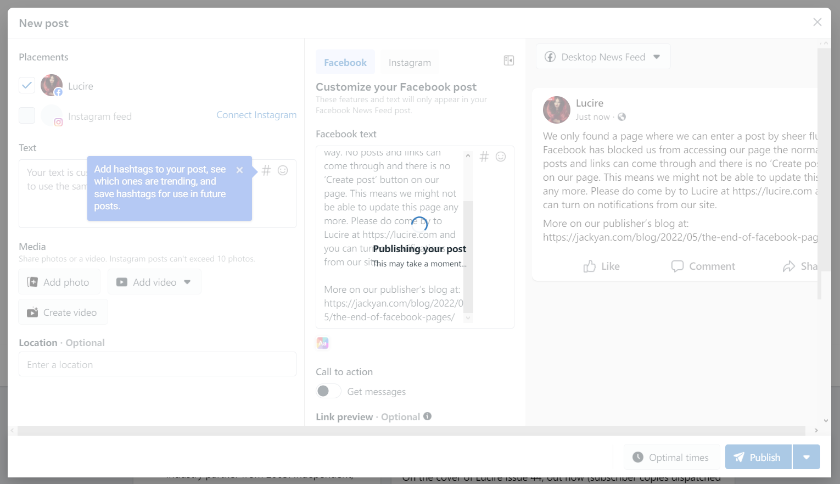 I can’t say it’s been a ‘good run’ with Facebook, since for years it’s been shocking at giving us referrals, and around 2012 it broke the organic sharing of the pages we administer, so overnight we saw that drop by 90 per cent. It was obvious they wanted people to pay to get the same views of their posts—but we could see no reason to, given they had such a massive bot problem, covered elsewhere, including on my personal blog.

We kept updates going to the group and the page out of courtesy, but when the time required to overcome its latest bug is so demanding (we’ve already spent five hours on this), we have to focus on getting out the magazines instead.

We’ll keep the applets running so if Facebook decides to reverse the two-factor authentication, or we find a way around it, the updates might return. But as we were blocked from Instagram and Twitter at various stages in 2021 with no effect on our readership, we hope you understand that doing our regular work, which so many of you enjoy, is a greater priority to us.

PS.: On May 8, Facebook admitted there was a bug (see my blog). A report has been filed, but we doubt anything will happen.—JY