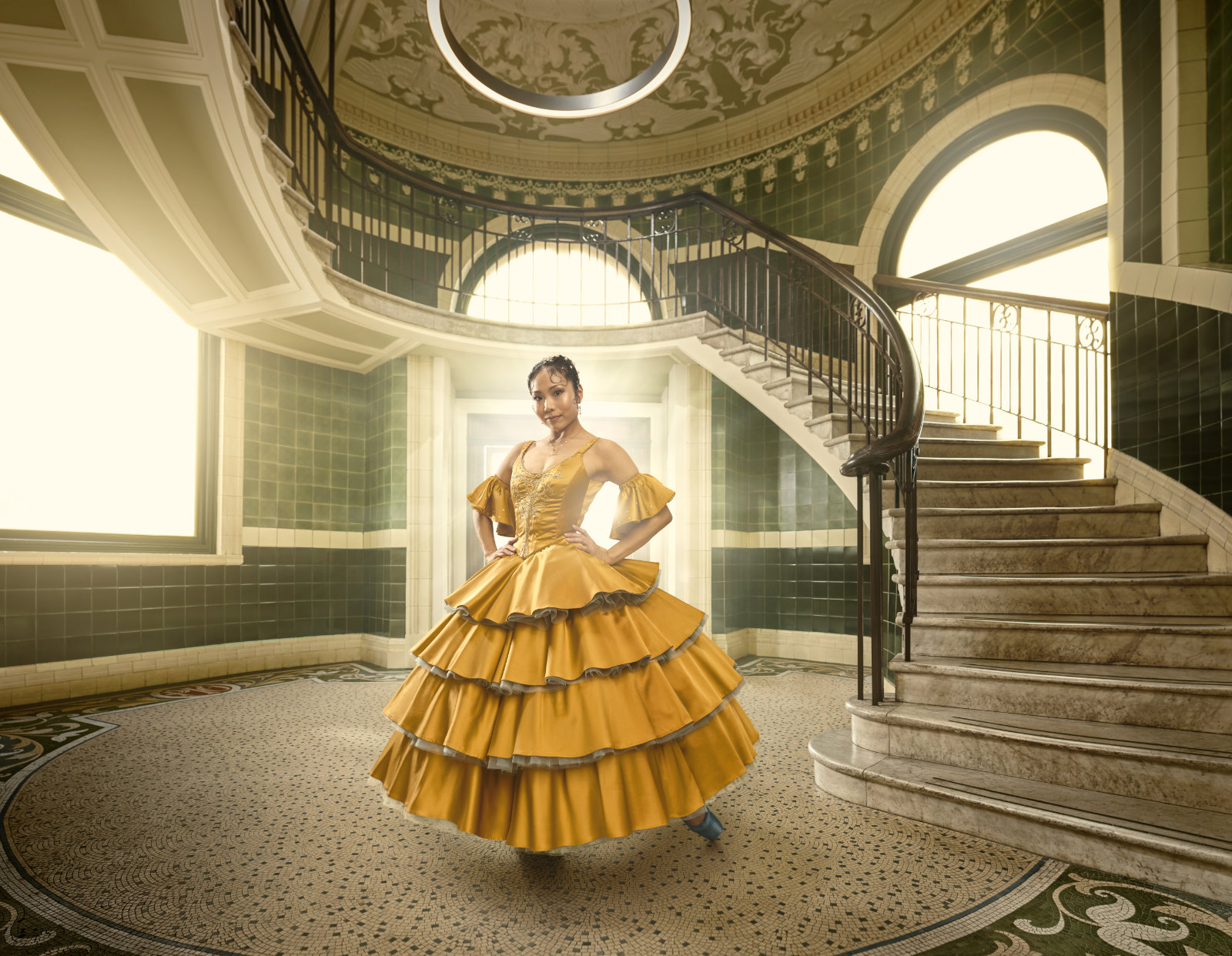 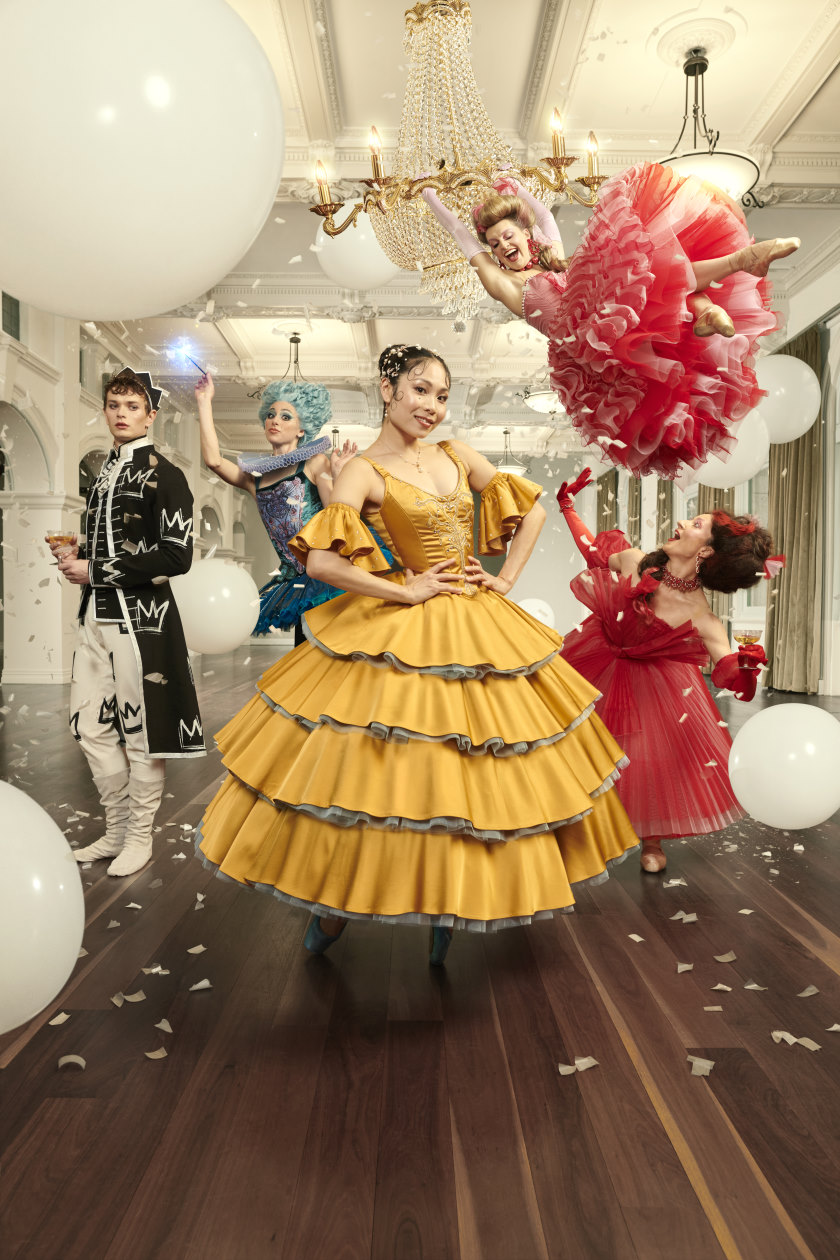 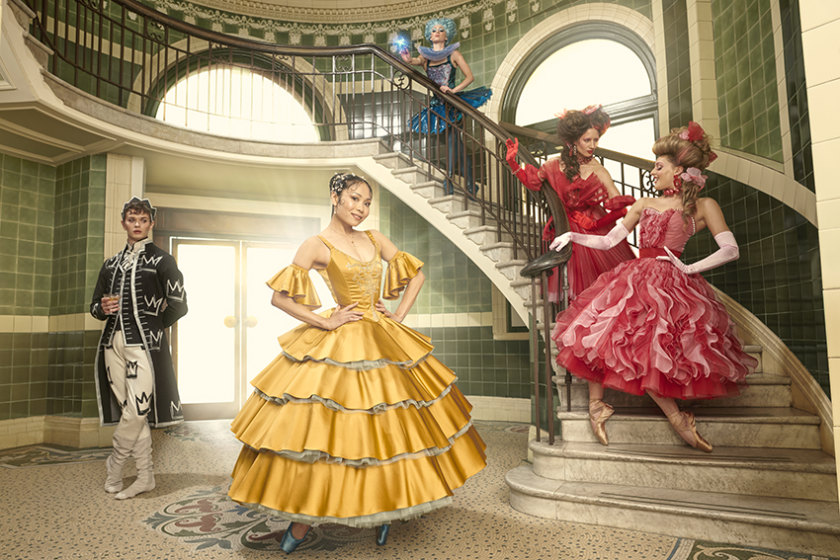 The Royal New Zealand Ballet presents Cinderella for 2022, another contemporary classical ballet from the brilliant choreographic mind of Loughlan Prior, with an original score by composer Claire Cowan, and outstanding set and costume design by Emma Kingsbury, lighting by Jeremy Fern, and visual effects by Marie Silberstein.

Prior is proving to be one of the company’s most creative minds, with one hit after another, and Cinderella is no exception. The company is really hitting a stride at the moment, and finally having a première at the St James Theatre, after it was closed for some time for earthquake strengthening, gave the ballet the grander stage it deserved.

The back story is given through a digital puppet animation by Timothy Armstrong projected on to the curtain, showing the birth of Cinderella, the death of her mother, and the arrival of her stepmother and stepsisters.

Mayu Tanigaito was in the title role for opening night, and is perfectly cast; over the years we’ve seen her rise up the ranks of the RNZB and she is a particularly able lead, with her focus and precision. A similar compliment can be given to Laurynas Vėjalis, in the role of the Royal Messenger—more on Vėjalis a little later.

The story is familiar enough, and Madeleine and Nicolette, the stepsisters, are played with delightful camp by Sara Garbowski and Kirby Selchow respectively. You’re meant to dislike them, as you would in a Christmas panto, and the two dancers ham it up with exaggerated, comical moves. During the ball, they’re swinging on chandeliers like Sia. The feline Ana Gallardo Lobaina, as the stepmother, slinks into her first scene, and could be described—a reference is made to it at the end of the first act—as the evil, dark side of Holly Golightly (if you can imagine such a character). Prior has injected his Cinderella with plenty of cultural references that audience members of different ages will pick up.

Cowan’s score is similarly rich, and lifts the ballet to an entirely different level. Orchestra Wellington (conducted by Hamish McKeith) brings it to life, with Cowan using a regular motif of four notes to tie the score together, while introducing synthesizers and Latin cha-chas at different stages. You know it’s good when the audience spontaneously claps along when the mood takes us. It’s cinematic and balletic: think Michael Giacchino and The Incredibles, with its bold, brassy sound; but with more humour.

This is as much Prince Charming’s story as Cinderella’s: in this modern take, the Prince (Joshua Guillemot-Rodgerson) is disinterested in finding his princess since he’s far happier being with Prince Dashing (Shae Berney) from the neighbouring kingdom, and the first pas de deux is between the pair. This is where we see a flowing, romantic choreography, and it’s refreshing to see it played out by two men; Cowan’s score introduces the ‘Prince’s Theme’. Fortunately, it is 2022, and audiences happily took to the romance—we’ll refrain from further spoilers.

Prince Charming and Cinderella reflect on their shared stages in life: both in situations outside of their control, wanting for happiness, and, after a neatly choreographed swordfight, the pair dance in unison at a distance—but the stage is now set for a very different Cinderella tale. There’s also the budding romance in Act I between Cinderella and the Messenger, and Vėjalis has that youthful, innocent quality where you find it very believable his character would find a connection with the ever-hopeful Cinderella. The choreography is exquisite though you feel more for the princes, especially as Charming hasn’t come out to his family, making his love story one with more obstacles to overcome.

For any Cinderella story, you need a fairy godmother, and Prior’s version is accompanied by the Fab Five, the fashionistas who are obviously referencing Queer Eye. They’ve brought along their helpers (played by children) and mannequins (six of the RNZB’s company—referencing Robert Palmer’s ‘Addicted to Love’ video?) for the ballet’s first extravaganza in Act I with 20 dancers getting Cinderella ready for her ball. Here’s where we’re clapping along with the sheer joy, and Fern cranks up the lighting to immerse us in the moment. Cinderella has a number of gowns to choose from, suspended from above the stage, but she has something special in mind: a golden gown with layered skirts which must be Kingsbury’s pièce de résistance, not counting the Fab Five, of course.

Intermission sees another animation showing Cinderella heading for the ball, but as a Pac-man parody, with her avatar heading through the maze, stepmother and stepsisters in pursuit.

The ball (beginning with a red carpet scene, since this is 2022) sees a bored Prince, while the Queen is working hard as matchmaker to find him a wife. Here it’s the Queen who’s taken by the late-arriving Cinderella, but neither welcome the forced pairing. Kingsbury’s costumes are out in force here, with the Eligible Maidens in their colourful dresses—there’s plenty of tulle here but nothing upstages Cinderella. Kingsbury talks of harajuku and gothic influences (the stepsisters delight in their dress) and providing excess, and she does not disappoint.

It’s not exactly spoiling the ballet by saying it is a happy ending, though perhaps here we’ll refrain from detailing just how it comes about. Ultimately it’s a story about personal choice and not what society expects or dictates—a very positive message for today. We will say the final romantic dances wrap up the story beautifully, and Prior is right (given the title of the ballet) to conclude with a dance between Cinderella and the Messenger. The final neon sign says it all and the cast’s ensemble dance ends the ballet on a very high note.

We said that Prior’s Hansel & Gretel was an RNZB production that was ‘firing on all cylinders’ and this is no exception. Back then it was Prior and Cowan collaborating closely on an appealing, creative version of a traditional tale, and we applauded artistic director Patricia Barker and executive director Lester McGrath. This is just as audience-pleasing and shows how right each of these team members at the RNZB has got it.

It has been 10 years almost to the day since we last saw the RNZB perform Cinderella but this new version is the better one as an audience-pleaser. As a country, we should celebrate this wondrous creativity.

The Ryman Healthcare Season of Cinderella runs from August 3 to September 3, 2022, and tours nationally through New Zealand. It begins in Wellington, running till the 6th inclusive; then heads to Auckland (August 10 through 13), Napier (August 20 and 21), Christchurch (August 25 through 28), and Dunedin (September 3). 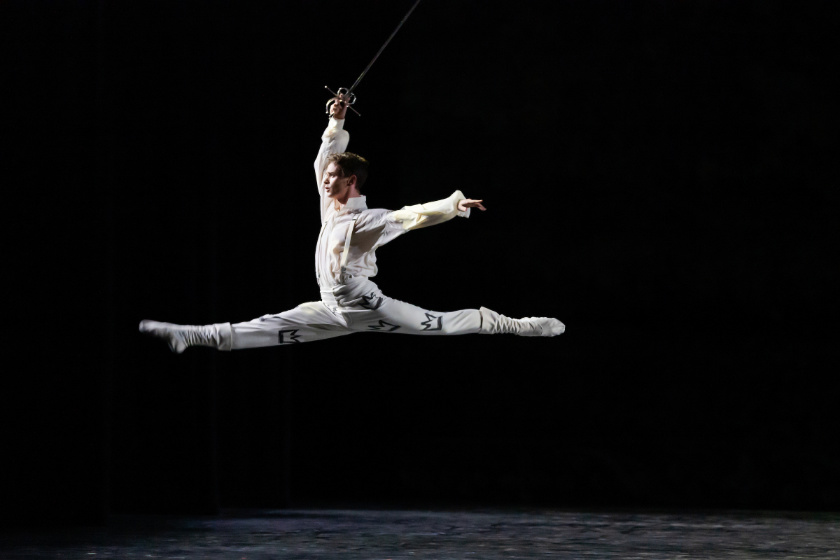 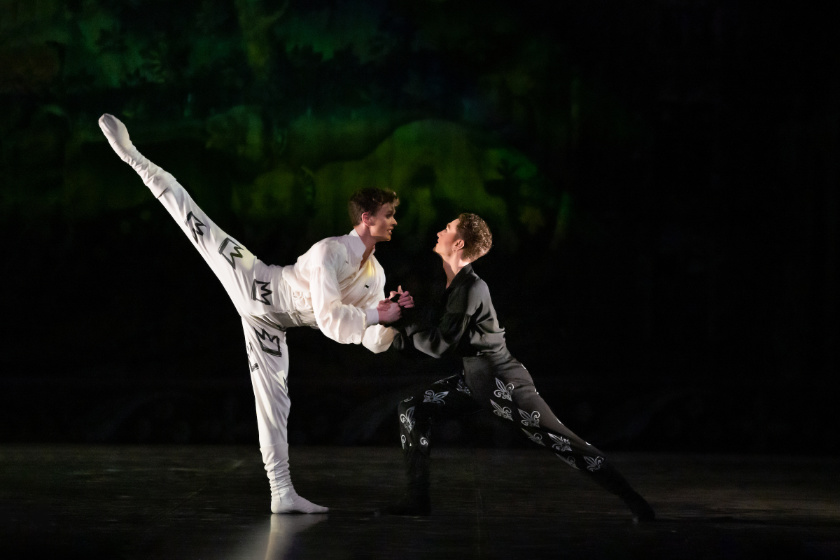 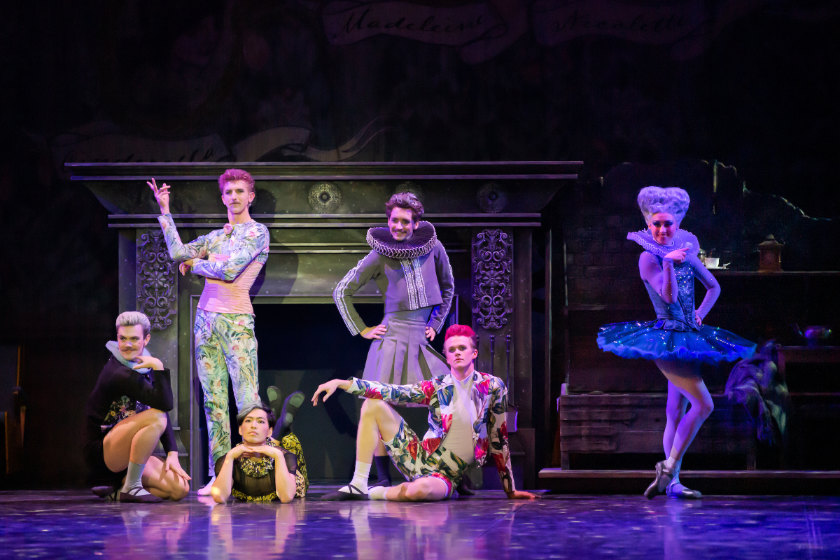 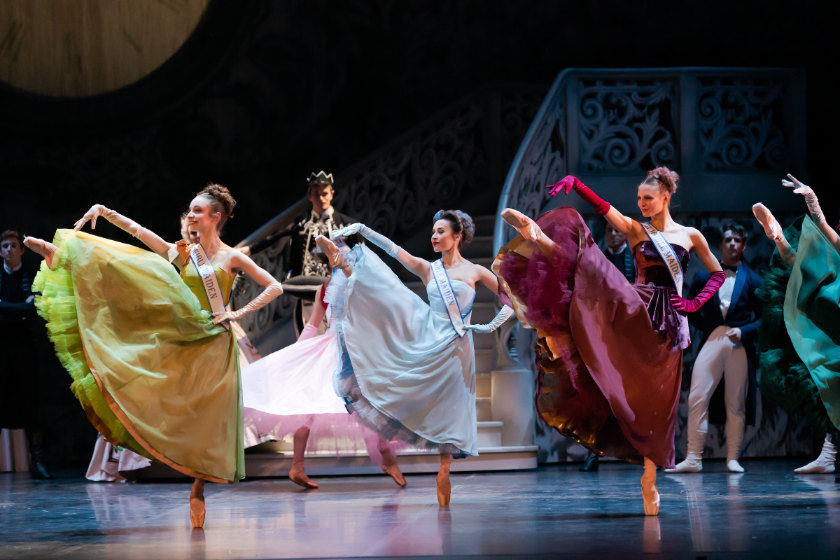 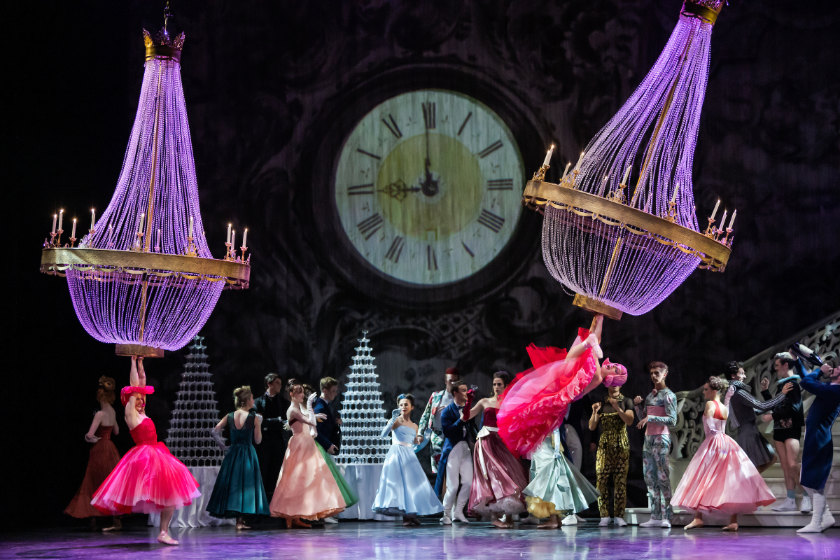 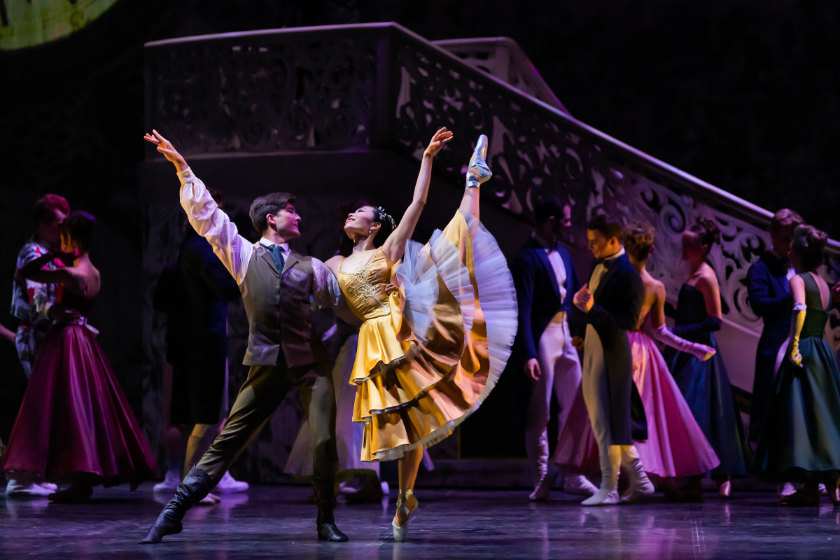 
Jack Yan is founder and publisher of Lucire.