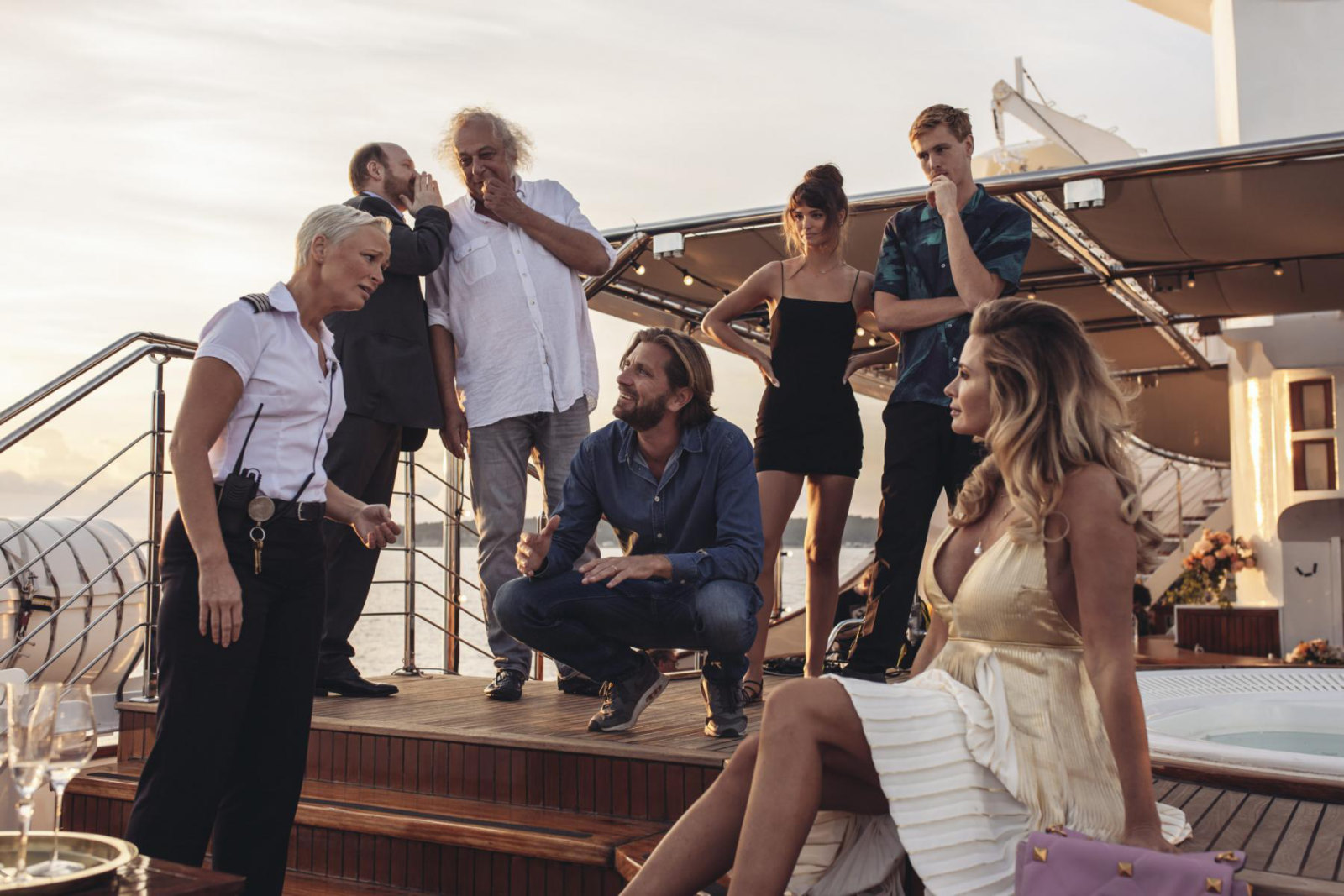 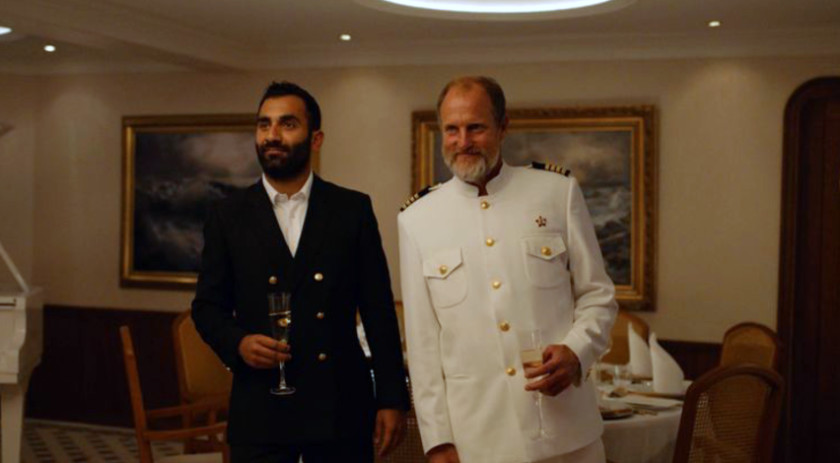 Above: Darius (Arvin Kananian) and the captain (Woody Harrelson) greet their guests during unpleasant weather.

What we hadn’t expected to see in New Plymouth was this year’s Palme d’Or-winning Cannes entry, Triangle of Sadness, but sure enough, the 60-strong audience at the Len Lye Centre at the Govett–Brewster Gallery enjoyed the film as the New Zealand International Film Festival came to a close in the city.

As Swedish director Ruben Östlund’s first English-language feature, and his second Palme d’Or winner, Triangle proved to be a cutting commentary on modern society, and the vacuous who believe they are above everyone else. We had noted in Lucire’s print editions that it scored quite low among the Cannes jury, but it delivers on numerous counts: its engagement, the underlying commentary about capitalism, and a satire that arguably updates Animal Farm where, ultimately, no animal is equal. Maybe the themes are too obvious and heavy-handed—Marx is quoted—but then maybe Östlund is commenting on a society where subtext isn’t always detected. Just go on to social media and see. Or better yet, don’t.

The film follows model couple Carl and Yaya (Harris Dickinson and Charlbi Dean, who sadly passed away Monday), who, thanks to their social media following, see them on board the Christina O (the former Onassis vessel is not named), where they meet an oligarch, Dmitry (Zlatko Burić), who got rich selling fertilizer, and an English arms’ dealer, Winston (Oliver Ford Davies), among others. Dmitry has brought along his wife, Vera (Sunnyi Melles) and mistress, Ludmilla (Swedes will instantly recognize Carolina Gynning); and Winston his (Clementine, played by Amanda Walker). Keeping things ship-shape is cruise manager Paula (Vicki Berlin), who has to act given the captain (Woody Harrelson) is permanently sloshed.

Östlund delves into black comedy and farce, and how an unfortunate chain of events (prompted by money, natch) leads to the passengers all being ill at the captain’s dinner. Not everyone might be able to stomach the sight of vomit and excrement as the second act descends into farce.

Inattention and an attack by pirates see a group of passengers shipwrecked, with the toilet manager, Abigail (Dolly de Leon), the only one who knows how to fish and start a fire, and who winds up finding herself at the top of the pecking order, above her former superior Paula, Dmitry, and millionaire boffin Jarmo (Henrik Dorsin). Abigail is actually seen quite early in the film, but little attention is given to the Pinoy workers on board the yacht at first—the same attitude that the passengers might take toward them.

Östlund reminds us of the true worth of luxury goods (what use is a flash watch on a deserted island?) or the occupations that have made the passengers rich; meanwhile her taking a shine to Carl puts pressure on his relationship with Yaya—if it were that secure to begin with.

Kiwi audiences aren’t ones to get up and give films eight-minute standing ovations as Triangle enjoyed at Cannes, but it more than satisfied those whom we spoke with; and its three very different acts tie together to give us a reminder about the importance of humanity and survival over brand names and social-media influence. Marx would be pleased to see the message about economic organization driving all other phenomena, both before and after the shipwreck—but at the end there’s no socialism here, just who the bourgeoisie and who the proletariat are.