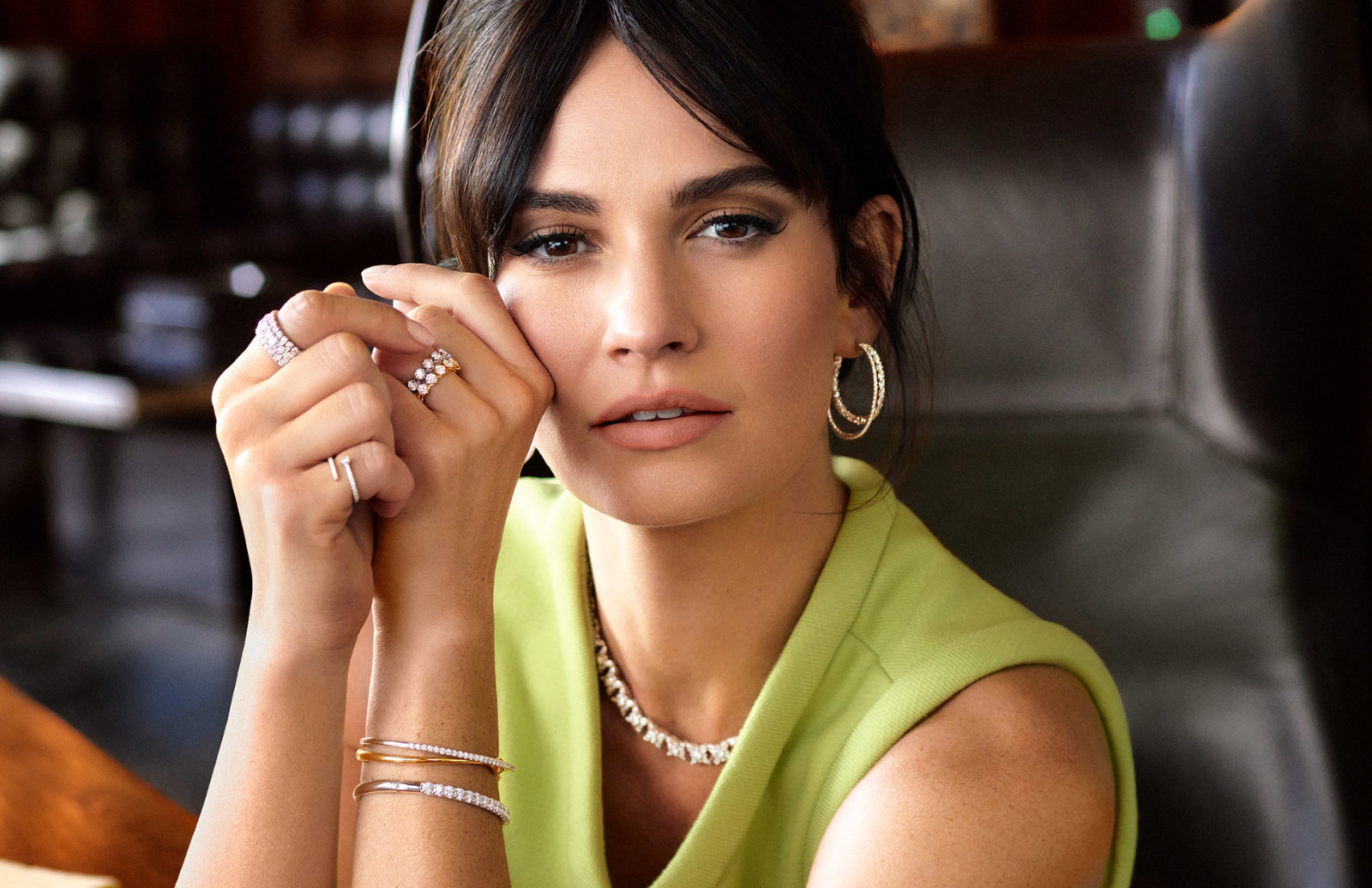 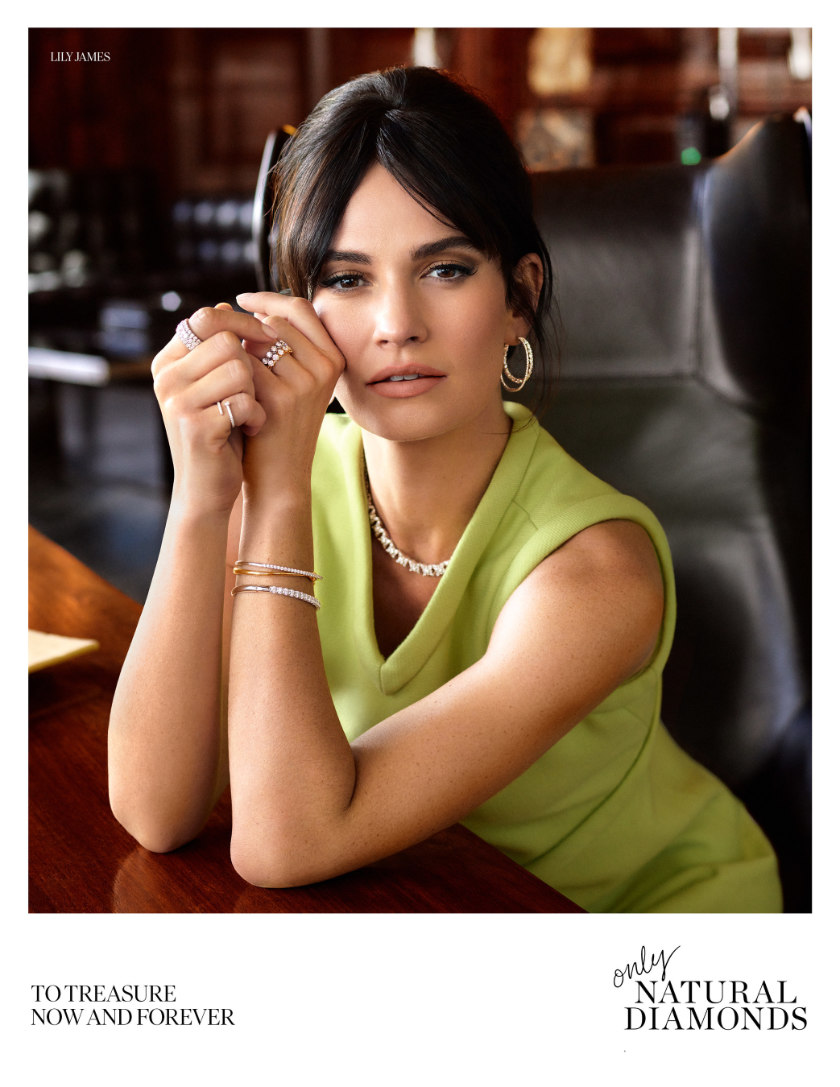 Lily James is the new ambassador for the Natural Diamond Council, débuting in its global advertising campaign, with the tagline ‘To treasure, now and forever.’

The campaign has been filmed in London, where James resides.

James wears jewellery especially created for the campaign, with earrings and bracelet based on the Soleil pendant designed by Malyia McNaughton.

The 45-second spot will show predominantly on digital video. The stills will appear in print and digital forms, including transit shelters. It will appear in the US, UK, France, India, UAE and China.