FASHION In another look back at our 20 years, Stephen Jones, OBE, one of the great names in millinery, talked to Jack Yan in 2013 about his creative process, his drive, and his favourite collection
Photographed by Yvonne Shearer
Catwalk photographed by Matthew Beveridge
from issue 30 of Lucire

Top: One of Stephen Jones’s designs as shown at the ID Dunedin Fashion Show in 2013. Above: Lucire publisher Jack Yan chats to the legendary milliner, Stephen Jones, OBE.

Stephen Jones may have worked with some of the biggest celebrity names out there—Grace Jones, Boy George, Mick Jagger, Kylie Minogue, Robbie Williams, Usher, Audrey Tautou, and Diana, Princess of Wales among them—but he smiles with great satisfaction when I bring up his OBE.

Part of the New Year Honours’ List in 2010, Jones received his OBE from HRH Prince Charles in February. ‘It was an amazing event, driving into Buckingham Palace with my friends and my mother, who is in a wheelchair. The door opened and there were two handsome, young guardsmen,’ he recalls. Happily, he says his mother—wearing Dior cruise—had her own personal guardsmen escorting her into the Palace, which was a particular treat for her.

At the investiture, Jones witnessed other honorees. ‘It was military first, hats, and [those having served in] Afghanistan. What on earth am I doing here?’

As he went up to receive his OBE, Jones says the band played ‘Somewhere’ from West Side Story, and he was pleased at the announcement, ‘The Order of the British Empire: Mr Stephen Jones for services to millinery.’ He had been originally told that his honour would be for fashion. The distinction is important to him—and, apparently, even to Prince Charles, who told him at the Palace: ‘Britain is the centre of hat-making in the world.’

Jones took the ceremony seriously, but stayed away from wearing one of his own creations. The top hat at the event was his grandfather’s, complementing a Gieves & Hawkes morning suit, a Dinny Hall tie pin, and a Miles Chapman fob chain. His partner, Craig West, and his friend Oriole Cullen of the Victoria & Albert Museum did, however, don Stephen Jones hats.

He calls receiving his OBE a ‘highlight’, and quickly adds, ‘France was a highlight.’

This was a reference to his invitation by Jean Paul Gaultier to Paris in 1984, a man he met in London at the start of his career.

But the genesis of that came, he says, from his grandmother and mother, and that Ascot and weddings have had an impact on his awareness of millinery.

Born in Wirral in Cheshire and educated in Liverpool, his mother took him to art galleries as a child. He began his art studies at the High Wycombe College of Art, and in 1975, on seeing a fashion exhibition at the V&A, decided that that would be his career. He enrolled at the St Martin’s School of Art, but, by his own admission, lacked sewing skills. Working at Lachasse, whose owner, Peter Lewis Crown, also taught at St Martin’s, Jones asked to be transferred to the millinery department next door, working under Shirley Hex.

He refined his millinery knowledge under Hex in the late 1970s, and left St Martin’s in 1979. Among his contemporaries at this point were the New Romantic scene: Isabella Blow and Jean Paul Gaultier, and he shared a house with Boy George and Grayson Perry, and it was here that he found his first clients.

Jones’s first salon opened in Covent Garden in 1980, and showed for the first time in Paris in 1982. By this point, HRH Princess Diana was among his clients, and he began collaborating with the V&A.

He even made an appearance in the video of Culture Club’s breakout hit, ‘Do You Really Want to Hurt Me?’, sung by former housemate Boy George.

‘Boy George wanted me to be in this new video,’ says Jones. ‘Everybody thought the record would be a turkey … no one believed in it apart from George.’ The single wound up in the number-one spot in the UK for three weeks, on the US Billboard Hot 100 Singles’ chart in second place for three weeks, behind Michael Jackson’s ‘Billie Jean’, and reached number one in Australia and Canada. It proved that the experts could not predict what would be a hit, perhaps coloured by Culture Club’s earlier releases, which only charted at 114 and 100. George, in the meantime, was getting plenty of press for his extravagant style, to which Jones contributed. What would be considered trendy, then, was something outside the realm of any expertise.

Journeying to France for Gaultier in 1984, Jones tells me, ‘I don’t know what I was doing. I dived in the deep end.’ But he remembered some valuable advice that served him in Paris.

Jones’s work proved a hit in Paris. After his second show with Gaultier, he received full credit for his millinery, giving his name an international boost. He also designed for Thierry Mugler at this point. For his own label, Jones has produced two collections a year since autumn–winter 1981, and over the decades, he has been consistently in demand from the world’s leading designers and numerous celebrities.

When asked about his design highlight, he says, ‘Every collection is an adventure.

‘The Egyptian collection for Dior [referring to the spring–summer 2004 couture collection, designed by John Galliano] was the craziest group of clothes. It was most extravagant and magical, and made people dream. The creative demands made it tougher. It reduced my life expectancy.’

The collection has since become known as one of Galliano’s greatest for Christian Dior, with pyramid-shaped gowns, massive earrings and breastplates, in gold leaf, silver lamé and beads, while Jones contributed carved, polished wooden masks representing Egyptian gods and King Tutenkhamun.

But from where do the ideas surface? ‘The designer talks about the theme, but often they don’t know [the specifics].’ The spirit of the theme is often not the reality, says Jones. He over-researches, before making sketches, then prototypes, to answer the question: ‘Is it still relevant?’ Then, ‘Eventually, a week before the show, [all is] confirmed.’

Jones’s response highlights that the creative process is never easy. Those who expect to merely channel an inspiration will be mightily disappointed: it is a process where a great deal of sweat is expended. He goes further, warning that what could be a trend only lasts ‘up to a certain point. There may be an exhibition at the Met. Somehow, there’s an artistic thing is going on, where everyone interprets it at the same time.’ You don’t have to search too far in back issues of Lucire to find a season of Jackie O.-inspired or Alice in Wonderland collections in New York because of one exhibition or film—only for it to become an anachronism for that era. He would prefer everyone found their own influences, probably something which he had in mind when judging the ID Emerging Designers’ Awards in Dunedin in March [2013]. Icelandic-born, New Zealand-based designer, Rakel Blom, scooped the sought-after top prize, with a collection that tapped into the Zeitgeist of global communities and cross-cultural connections. The home-town favourite, it stood out, without being derivative or pandering to any trend. Its hook to 2013 was its basic inspiration of globalism.

Jones himself showed at ID, at its famous Friday night show, as its guest designer. As expected, his creations stood independently of “trends”, though they seemed inherently right for our era. The Jones secret is such that it’s not a secret: he makes it look so effortless on the catwalk but it is the product of toil. Mello’s advice isn’t one that tells Jones that things are easy, but quite the opposite. It is useful in taking away a designer’s insecurity—that even the greatest names fear failure. Their extra years on you mean little when you are prepared to invest the hard work and be on the same playing field. The difference now is that Stephen Jones, OBE, is one of those great names—and will remain so, because he is still fuelled by the same passion. • 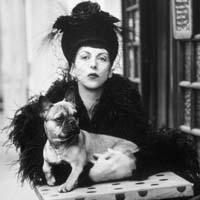 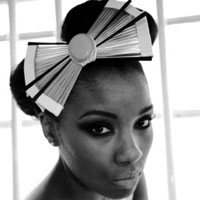 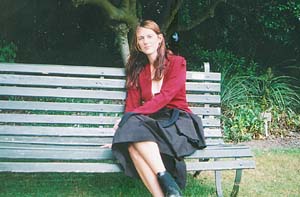 Une bonne ID
The best way to showcase the glamour of the ID Dunedin Fashion Show is through an exclusive shoot—featuring Tanya Carlson, Mild Red and Dot Com, plus hats by UK milliner Elizabeth Parker
photographed by Jack Yan