Jack Hill in his space in Dunedin

Making his way in fashion

FASHION Jack Hill has a love of making things, and that’s reflected in fashion with a utilitarian streak, including his own line in sustainable shoes featuring hevea milk soles. Chris Park speaks with him
Photographed by the author

At 140 George Street: there’s a utilitarian mood to Jack Hill’s workshop and designs

Chris Park of the Park Brothers is a special guest contributor for Lucire.

I had an afternoon free to wander around the streets of Dunedin before catching my flight. If you go up an otherwise unremarkable narrow wooden staircase off George Street, then along a dingy corridor, you suddenly find yourself in a light and airy workroom, studio and showroom and office-space all rolled into one. This is where fashion designer Jack Hill works on his garments.

Jack produces what I describe as “honest” trans-seasonal garments which draw inspiration from traditional workwear and uniforms out of utilitarian natural fabrics. There doesn’t appear to be any overarching themes or complex concepts—they’re interesting pieces with a utilitarian streak made by someone who loves the process of making things. The lack of references to trends gives Jack’s work a cohesive æsthetic, while most of the garments’ simple lines and mostly neutral colours lend to many of the pieces being very wearable.

I had a good conversation with Jack about his work, the industry, life in Dunedin and his new projects. More on his work, and views on the local industry below.

Most of the New Zealand fashion industry is based in Auckland. Why Dunedin?
There’s a good scene, and a real openness in Dunedin. The cheap rent allows me to rent out a huge working space. It can be challenging working here when everything is in Auckland, but I source my fabrics from Australia anyway, since I have been making lots of new stuff from hemp.

Also, now that I’ve purchased and set up all of my workroom equipment, it would be pretty difficult to move everything.

You mention you have everything made locally. Why is that?
So that I can see what is happening, talk to the machinists and work collaboratively. It’s also a wear to ensure that the production process doesn’t involve unsafe or unethical labour practices.

Also I just love the process of making stuff. This also works well for the amount of stuff I make, and it means my production doesn’t get pushed back or delayed as I have control over the entire production process.

You participated in ID last year, why not this year?
The Emerging Designer competition is great. But I’m not sure if ID is the right platform for me. I’d rather make an event of my own—that’s why I show my own stuff, shoot it all and make it all in-house. My attitude towards it all is pretty DIY compared to some other designers.

What are you working on at the moment?
I learnt shoe construction from my Dad’s friend, who used to work at the Last Footwear Company. Using what I learnt, I made a small run of shoes with Commando M, but I wasn’t quite happy with the PVC soles.

I’ve got some new machines for footwear manufacture and I’m working on a sustainable line of shoes made from organic hemp and hevea milk soles.

Shoe construction requires special tools and different techniques to garments. Did you find it challenging?
Not really. It requires the same skill sets of sewing and pattern-making that you need as a clothing designer. Fundamentally it’s about taking two-dimensional material around a three-dimensional shape. It’s just a big sampling process, figuring out the best way to make shoes with a novel material like hemp. Using a more traditional (and less ethical) material would be much easier and faster.

And the soles?
At the moment I’m importing soles from France that are made out of hevea milk. It’s easily the most sustainable option I could find. I’ve experimented with making my own soles as well, but I don’t see that happening for a while yet, because the tooling set-up is massive, and I think the soles I have found are great for the moment!

Jack showed me an prototype he had made.

It kinda looks like jelly …
Yeah—I tell people it’s like maple syrup but from a different type of tree.

I’m looking forward to hearing more about those shoes!

You can find out more about Jack through his website, or his Tumblr. • 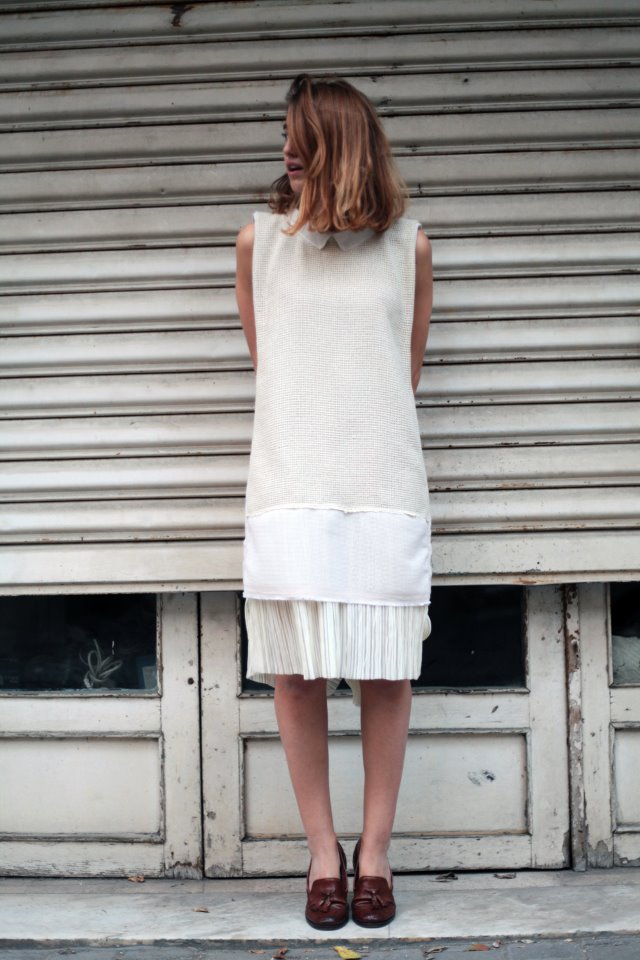 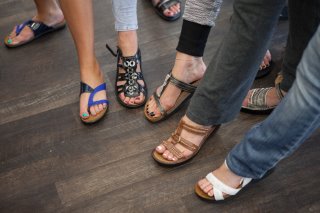