LIVING In another look back through our first 20 years, Jack Yan spoke with Gal Gadot in 2009. Back then she was beginning to make a splash in Hollywood, years before she was cast as today’s Wonder Woman. We had the foresight to put her on the cover
photographed by Andrew Matusik
hair by Jonathan Hanousek/Exclusive Artists
make-up by Elaine Offers/Exclusive Artists
styled by Cliff Hoppus
digital post by DigitalRetouch.net
photography assisted by Kirk Palmer
From issue 27 of Lucire

Gal Gadot as photographed by Andrew Matusik in 2009

Gadot, to us, is an international face that represents the global idea of the modern woman. It also helps that she’s very welcoming, and has a growing reputation as an actress.

First, I asked her about the pronunciation of her name. For most of this century I have heard the name of another model-turned-actress butchered by the media, that of recently naturalized American citizen Charlize Theron (the h is silent). For eight years at school, unless he lied to us, Karl Urban’s surname was pronounced urban, as in the everyday English word. And Gal Gadot is not French, which means the t is not dropped.

After mastering the Hebrew pronunciation (the stress is on the ﬁrst syllable of her surname) and being told that it translates to ‘wave in the sea’, I was already impressed with her easy-going manner.

Gadot found few problems with interviews, she explains. ‘[At Miss Israel], we had eight to ten minutes with each judge. You get used to it after one or two. ‘I had an amazing experience in Quito [where Miss Universe 2004 was held the year Gadot represented Israel]. Each [contestant] had her own culture, her own language. One of my best friends was Miss Sweden, Katrina.’

Gadot remarked that she was closest not just to her Swedish rival, but became ‘very good friends’ with the contestants from Norway and Denmark as well. We theorized that it could be the cosmopolitan nature of these countries, including her own.

‘Basically, Israeli people travel a lot. Everywhere I go, someone knows an Israeli guy or girl. We are everywhere.

‘I am a citizen of the world. I’m considering moving here [to Los Angeles]. You can get hamburgers, French food, they have everything—but you can’t get a good hummus.’

Gadot says that despite her thoughts of moving to the us (at this point we compared air travel distances between Tel Aviv and lax, and Auckland and LAX), ‘I will always, ﬁrst of all, be Israeli.’

After Quito, Gadot secured numerous modelling jobs, which fuelled her travelling more. ‘I went all over Europe. I lived in Milan for six months, and in Paris, living the model life.’
But that was cut short with her national service, which Gadot regards as ‘normal’. She was 18 when she joined the Tzahal, the Israeli Army, and she remembers it as ‘a very nice experience. You’ve got to be in the system. It makes you more mature.’

However, Gadot says she never expected to be an actress. And she says she never wanted to be a model, either, until she had won Miss Israel. The doors seemed to open as she arrived at each stage in her life.

After she completed her national service, she says, ‘I wanted to do something with more substance [than modelling]. One thing led to another, and led me here.

‘Fast and Furious was my ﬁrst feature. It was an amazing experience. The whole cast and crew were welcoming and nice—it was nice to work with everyone there … It was more than I ever expected.

‘In Israel, everything is much smaller. We have a seven million population. Here, it’s huge. The budgets are so different in Israel.’

There was one disappointment with Fast and Furious: the white Porsche (which she describes as ‘wicked’) driven by Gadot’s character might have got a working out in the ﬁlm, but she was only ever permitted to drive it in ﬁrst gear.

Her daily drive is an Audi TT Roadster. ‘We [women] like convertibles. They’re not good for the hair, but they’re very pretty.’

At the time of our conversation, Gadot mentioned that she would guest-star on a few episodes of Entourage, while her other roles were still under wraps.

Her recent marriage to Yaron Versano was also part of her journey. ‘I just met “the one”. He’s very capable and able to deal with everything going on in my life.’

We might even see Gadot on our shores, too. She recalls that at high school, many of her schoolmates made plans to travel after they were demobbed. ‘[In the Army,] after two or three years, you feel someone took your freedom [away]. They [planned to] go to India, Taiwan, China. I always thought I’d go to New Zealand and Australia. It looks amazing.’ • 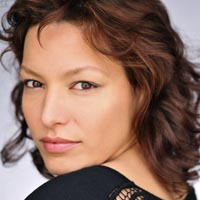 Looking beyond the mountains
While global beauty Yangzom Brauen came of age in Bern, Switzerland, she has matured into her Tibetan legacy and global consciousness as an author, actress and activist, by Elyse Glickman
Photographed by Adam Sheridan-Taylor