ADAY Back to Front shirt in Midnight

FASHION New York’s ADAY has quickly gained a reputation in sustainable fashion circles, by offering not just stylish designs, but an optimistic outlook, writes Jack Yan
From the January 2019 issue of Lucire KSA

It’s not every day you come across a sustainable fashion label where the two founders met at Goldman Sachs—to most people, finance and eco-fashion don’t tend to come up in the same sentence. But then ADAY (A Dream a Day is spelled out on their wall in New York) isn’t your usual fashion label, and it’s their fresh and inventive approaches that have caught the eye of this title.

ADAY’s offerings are seasonless, well designed, but, most importantly, consciously created. Founders Meg He and Nina Faulhaber originally met at Goldman Sachs before venturing into the world of tech startups and venture capital. ‘[We] saw a lot of friends doing really cool things, but no one was really innovative in the industry we were most passionate about: the clothes we wear every day,’ they note in a joint reply to Lucire.

Outside of the financial world, Faulhaber had grown up as a competitive gymnast in Germany, while He had trained as a yoga teacher. ‘Both of us knew how comfortable activewear felt, but we wanted more from our wardrobes. We wanted a better wardrobe—one that would work for us, not against us, so we started researching intelligent, technologically advanced fabrics and construction. And from that need, ADAY was born.’

They first caught the public’s attention with an activewear range several years ago, before expanding into essentials that recognize modern women demand practicality as well as style. Instead of following what other labels have done, ADAY effectively bridges the gap between workout wear and staples, with the aim of simplifying one’s wardrobe.

ADAY’s early leggings netted a waiting list of 2,000, and its staples have caught the imagination of many, too—so much so that it’s gained investment from H&M and numerous venture capitalists.

The duo keep a look-out on what’s happening in fabric technology and work this in. As a result, there’s a forward-looking element to ADAY. There’s a nylon elastane blend that feels like silk but it’s machine-washable, for instance. ADAY also has one fabric made from a blend of beech tree fibres and seaweed, while its Waste Nothing jacket, one of its experiments, is made from 41 plastic water bottles—and can be remade at the end of its life into a new garment. The Easy Day pants’ pattern uses as much of its sheet of fabric as possible to minimize the offcuts, and then those are upcycled into a new garment. The Got the Scoop tank is made from a fabric where the mill’s power has come completely from solar energy, the factory’s heat is generated by biomass and the factory’s power has partly come from solar as well (30 per cent). They’re exactly the sort of innovation that Lucire has predicted for many years that consumers would want, and judging by ADAY’s success, that time has come.

It was borne out of a frustration that no one was making what they wanted. ‘We wanted clothing that was comfortable and technical, but also visually appealing and beautiful, but couldn’t find it anywhere. We wanted our wardrobe to be working for us, not against us, so we started researching intelligent, technologically advanced fabrics and construction. We also wanted our clothing to last longer than our everyday staples—we needed them to be technical, beautiful, and sustainable,’ they note.

‘Ultimately, we got really passionate about what we think of now as “clothing of the future”, a better wardrobe that will last through the seasons and help create space for the things that matter. We believe that wardrobe ideology resonates with people—and now we have the best selling pieces to prove it.’

The idea of going beyond the present or next season has its appeal, not only from the point of view of waste, but fashion hasn’t always been about an optimistic, sustainable future. Many labels rest on a rose-coloured-glasses outlook, indulging in reworkings of familiar designs or emblazoning designs with logos, believing that consumers find comfort in the past.

Above: The pattern for the Easy Day pants, where as much of the sheet of fabric is used as possible.

That is not the case here. In fact, there is a process of constant and incremental innovation, something perhaps more familiar in the tech industry rather than the seasonal nature of fashion.

For instance, ADAY’s leggings have gone through eight iterations. They do not signal the changes seasonally, and here it’s transparency that helps the brand chart a different path. ‘The women who invest in our clothes understand that we are constantly innovating our styles—it’s something we’ve been transparent about from the beginning, and thus people are actually excited to see our new iterations, rather than upset. They understand that we’re never content with our clothing being “good enough”, but always want to make it the best that it can possibly be—by creating patterns that are closer and closer to zero waste, by searching out more sustainable fabrics, and even creating our own (in the case of the Waste Nothing jacket), by optimizing the silhouettes for versatility and timeless, seasonless style.’

Getting to that point wasn’t an overnight endeavour. While Faulhaber had done a sportswear design course very early on at Central Saint Martin’s, neither woman had a traditional design background. But in some ways, that probably helped: instead of pandering to convention, they researched till they could get exactly what they wanted. ‘We have a design team now, but we definitely did our share of pulling together patterns and designs and finding factories and mills to make our clothing in the beginning. It was a long journey to get to where we are today: we had to learn about fabrics, design, manufacturing, we travelled to fabric shows in Paris, visited mills in Italy and a ton of different factories in LA, Portugal, and Asia until we found some that could make what we had in mind.’

ADAY’s inspiration continues to come from all quarters, both internally and externally. ‘We look at their favourite pieces, the garments they wear all the time, and we ask ourselves how we can create something better. We’d like to elevate their wardrobe so we imagine pieces that are of higher quality, more versatile and have more longevity.’

The founders’ philosophy drives the label as much as their needs. Says Faulhaber, ‘I choose quality over quantity always, but I also believe in abundance, so it’s unlikely you’ll find me living in a Tiny House when our planet has so much space for us. By adopting my own kind of moderate minimalism, I make more conscious decisions, I act with more intent, I am much more aware and concerned about planet Earth, I feel happy and as [an] added benefit I feel like I get to inspire others.’

In addition, ADAY gained its ground by connecting to its community, like minds who believe in the label’s mission. ‘We spent a lot of time activating our community of female entrepreneurs, activists, and general girl bosses to build our first influencers through word-of-mouth and social media. We sent a lot of emails as well—to our friends, our families, and the women we wanted to emulate. That kind of relationship-building from the very beginning, especially in a direct-to-consumer business, helped to get the word out and sustain the buzz surrounding ADAY, especially in the beginning!’

The future looks particularly inviting now. He and Faulhaber conclude, ‘For far too long, clothing choices—and the fashion industry in general—have remained the same. The industry needed change, and that’s why we started ADAY—to create better, more long-lasting pieces for work, travel, and life in general. Our vision of the future of clothing is that it needs to be beautifully designed and sustainable—we work to set a new standard: for your wardrobe and for the environment.’ •

Above: Our own Summer Rayne Oakes is one of the change-makers identified by ADAY. Here she wears some of the brand’s ‘Experiments’, namely the Easy Day pants, the Waste Nothing jacket, and the Get the Scoop tank. 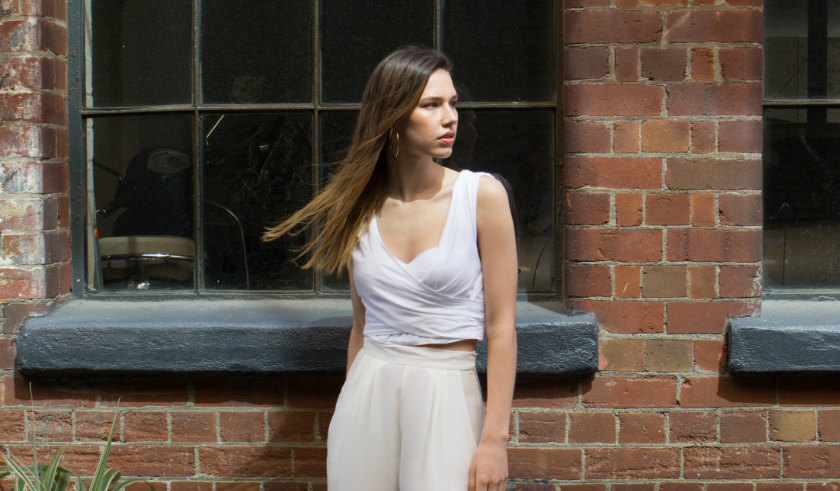 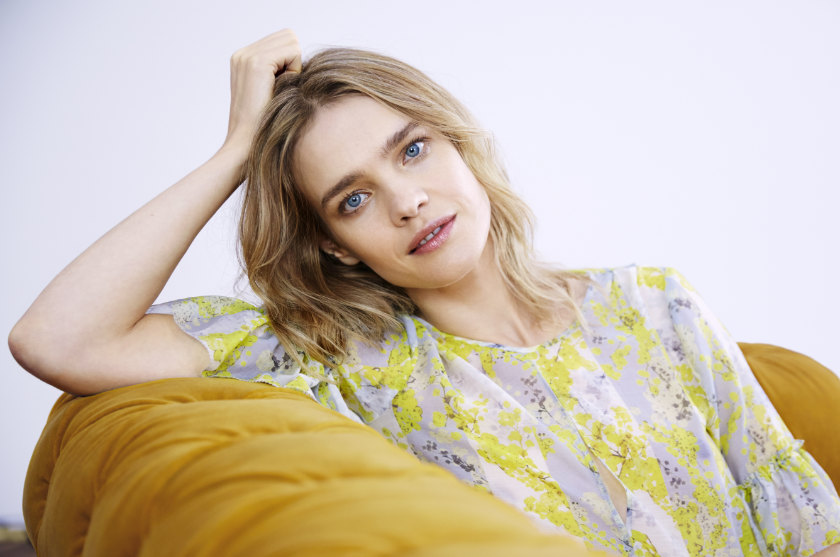