BEAUTY Entrepreneur Joseph Andrews launches a people-powered enterprise that gives style-conscious guys the products they really want and thoughtful direction on how to look their best, reports Elyse Glickman

Even in a world with no shortage of video influencers and hair care products, Joseph Andrews trusted his instincts to create a video series and a line of styling goods guys really wanted. How did he crack the code set himself apart in a crowded market? He made his videos truly relatable for average guys from all walks of life, even as he took care to craft them as sharply as any major cable network lifestyle show. In the process, he learned that while men’s grooming and fashion trends are important, they don’t guarantee a product line long-term success.

‘I have been making YouTube videos for just over seven years, and a year and a half into that process, I connected with my now business partner,’ Andrews says. ‘We decided to start a line of men’s hair care that would be crowd-funded through our videos’ audience. As we did not have a lot of money at the time, we worked with a manufacturer for our first product, which came together through research and development. What sets how we created it apart was that we worked very closely with our audience and encouraging them to tell us what they felt was missing in the world of men’s hair care and what types of products they wanted greater access to.’

This home-grown but sophisticated R&D led to the creation of a hero product for what would become the BluMaan line. Cloud Control Hair Oil came to life in a series of steps. First, Andrews filmed a video called Let’s Make a Hair Product; knowing his audience was predominantly a group of guys who were particularly passionate about their hair, he decided to reach out to them and pick their brains about what they felt was missing.

‘I like the fact that the line was collaborative in the way it developed,’ he continues. ‘We took on a huge community focus when developing the products and used our tester-viewers’ feedback to [inform the way] we tweaked and improved our formulas until each product was perfected. Next, we did a prelaunch, where sales of that first product went to funding the rest of the company and, eventually, the development and launch of other products.’

Andrews also knew based on feedback that there was a major difference between what products were popular and available seven years ago when he started making his videos and what’s on the market today. He observed that the concept of men’s hair care lines was relatively new to average guys, even if some of them were being sold in salons or pharmacies. Making things more challenging, members of his audience would go to the drug store and be overwhelmed with a large selection of products. The rub, however, was that many of those creams, gels and pomades were not made with quality ingredients and did not perform as promised.

Although the way the quality of men’s products and the way they perform has improved, Andrews knew a one-size-fits-all approach didn’t work for men. Like women, men of varying ages have different hair types, textures, style preferences and goals for improving the appearance and condition of their hair.

‘This is why we went on to develop a whole line each guy could mix or match,’ he continues. ‘At the time, we started developing the rest of the line, men’s pomades were popular. However, guys following our videos were telling us they wanted things that would help them maintain their style all day and worked with different hair types. Our first product appealed to our test market viewers and other followers because it can be used before or after one dried his hair—a sort of all-in-one. We’ve since built heat protection into the formula of Cloud Control as well which helps mitigate damage from driers and heat tools.’

Although Andrews is the first to admit has no professional credentials or prior education in the grooming and salon industries, he learned about the business hands-on through the creation of his YouTube video series that demonstrates a variety of cuts on different models and teaches viewers how to determine their hair texture, and how to communicate with their barber or stylist and clearly convey the resulting hair style they desire. His questions for his expert guests on the videos are intended to help the average Joe effectively communicate with his stylist about where he is and where he wants to up in his hair journey.

‘While professionals making videos like this can get a bit wordy or express things as if they were talking to fellow hair professionals, my goal is to strike all of that extra stuff back and [teach guys how to] ask stylists about will and will not work for their hair type and how to make what hair they’ve got look better,’ he says. ‘I also want to show guys what to use and how to use some of the products before drying the hair and what to use afterwards. In my case, I will use Cloud Control, made up of 12 natural oils free of synthetic additives, and work it through damp hair … to make the look more finished.’

The next in line to launch was the Ascend Volume Hair Cream, a product he’s proud of as women can borrow it from their guy for better hair in a pinch, before or after blow-drying to tame frizzies or pouf. While the various creams and pomades that followed are primarily engineered for men’s hair textures, he confides the biggest challenge was seeing if it was even possible to create a product for men could be all-natural and good for one’s hair. Like women’s hair, men’s hair needs nourishment and pampering, too.

BluMaan’s expanded, made-in-USA line addresses various expressions of this idea. The range includes Styling Meraki (for volume and decent hold, along with protective elements from damage caused by blow-drying and flat irons), Cavalier Clay (for extreme texture and all-day hold, and for control of coarse, wavy and thick hair), Monarch Matte Paste (medium-high hold and weightless control for slicked back styles), Fifth Sample Pomade (a high-hold, low shine product that won’t harden or dry out hair, making it easy to restyle when you need to) and Hybrid Cream Clay (which combines cream and clay, utilizing the best aspects of each, leaving hair with a natural matte finish). A Discovery Kit is also available so a newcomer to the collection can experiment to see what items will work best. •

Shine on, no matter what
US west coast editor Elyse Glickman shares news on an emerging Hollywood favourite sure to add spark to our at-home self-care routines 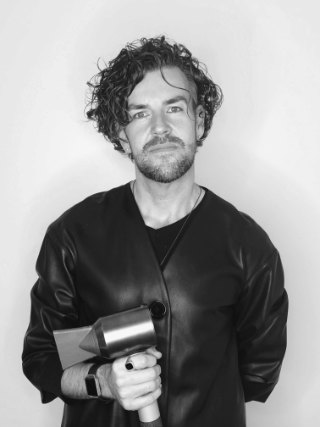 Supersonic boom
Award-winning hairstylist Michael Beel has been named a styling ambassador for Dyson. Sopheak Seng speaks with him 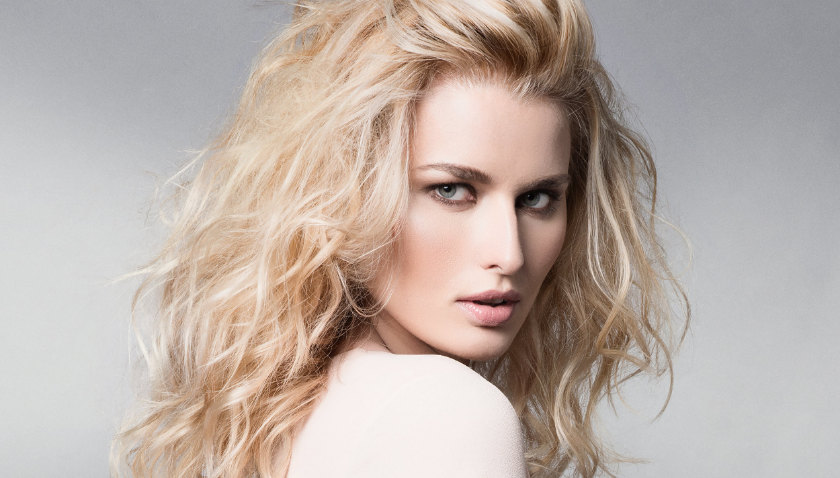