Getting on the electric ladder

LIVING New Zealand’s best priced electric car is MG’s ZS EV. Is it a sensible way to get into emissions-free motoring? Jack Yan finds out
Photographed by Stuart Cowley

‘What was the last MG you drove?’ asked François du Plessis at Gazley MG.

‘This is another leap ahead,’ said François.

My immediate thought was, ‘Surely this is just hyperbole from someone who sells them for a living?’ But when you consider just how quickly MG has come from what was effectively square one—setting up new production lines after buying up the assets of the old business in 2005, then developing a range of all-new models—maybe François had a point. After all, the man used to sell Porsches and he chose to come here and sell MGs. Judging by how many of them are on the roads, he probably made the right choice.

Go back through this title and you can chart the revived MG’s progress: the 6 that was launched in 2010 and we tested in 2014; the subcompact 3 that followed soon after; and the GS crossover that served as our main transport in the South Island in 2017. The 6 was a creditable first act, rough around the edges but with a great gearbox and suspension; and the 3 might have been technically close to a Fiat Grande Punto—ironically making it more like a “proper” Fiat Punto than the progetto 310 Fiat Punto—but was a perfectly acceptable supermini. And the GS did advance the game from those two, as SAIC, MG’s Shanghai parent, became more confident of its abilities to engineer its own cars from scratch, without a joint-venture partner like Volkswagen or GM.

The ZS takes the game forward another step, and it’s a big one. The People’s Republic of China, seeing the emissions generated by its citizens’ newfound love affair with the motor car, made it a priority for manufacturers to shift to “new-energy” vehicles. Electric cars quickly became de rigueur in the Middle Kingdom, so much so that the PRC leads the world in the sector. It’s where Tesla looks old-hat, and who’d want one, anyway, when you can have an Xpeng—or any one of the dozens of marques producing electric cars (including this one) that have Android Auto and Apple Carplay connectivity? If you must have an electric car, a Chinese manufacturer is likely to have had more experience than some occidentals.

It’s no coincidence, then, that the MG ZS EV, our test car here, is the most affordable new electric car in New Zealand, priced at NZ$48,990 plus on-road costs. SAIC, like so many others, have taken to mass-producing EVs on a large scale, bringing the costs down. To boot, they make their own batteries. New Zealand government policy, with the Clean Car Rebate, sees this drop by NZ$8,625 for ZS EVs registered before December 31, 2021, making it even more affordable.

It’s not just the electric powertrain that signals how far MG has come in a short four years. Inside the cabin, any harsher plastics are unnoticeable; it’s simply an enjoyable place to be. There’s a leather-effect material atop the dashboard, nicely stitched; switches feel solid to the touch and nice to operate; and the rotary dial for the CVT automatic gearbox feels premium. Up above is the panoramic roof, making the cabin light and airy. The seats also feel well made, though the side bolsters could be made slightly firmer in our opinion. The doors close with a decent thunk. The ZS might have slotted below the GS when it was launched, but it certainly doesn’t feel more downmarket. Quite the opposite. (The GS has since been replaced by the HS, which similarly moves the game on in the C-segment crossover market.)

The technology’s improved, too. The reversing camera, for instance, shows the distance, in centimetres, between you and the object behind, while the sat-nav maps do a reasonable job of plotting the terrain, telling you where traffic lights are and presenting it all without confusion—in fact, MG has done a better job than some premium marques have. Typographically, it’s only let down by the presence of Arial (why are Chinese manufacturers loathe to pay the pennies to license something better?), but happily, this is the only place it appears. MG’s designers made more of an effort here, with type around the cabin no longer as characterless as it had been with the 3 and 6. The speedometer and power gauge have something bespoke, and consequently clear and easy to read, as is the small digital display between these two dials.

It’s on the road where the ZS EV makes an even more convincing case. I left it on the maximum brake regenerating mode, to make the most of electric motoring. This means touching the brake pedal far less: the car comes to a far more immediate halt when you take your foot off the accelerator. It didn’t take long to adapt to this style of driving, even if my daily driver is a manual; you think of how a forklift or a golf cart might go, and you’re halfway there to mastering it.

The ZS EV itself is quiet, as you might expect from an electric car, but you do notice some wind and road noise. Steering is light and lacking in feel, something that belies its Chinese origins where the majority of cars like this remain in urban surroundings. Unsurprisingly, then, there is mild body roll thanks to a softer suspension, and ride is average; it’s reasonable on the better sealed roads but it doesn’t soak up all the bumps when you take it on slightly rougher stuff.

Range, meanwhile, is pretty much as MG claims. The company says the 44·5 kWh lithium-ion battery gives 263 km, and with our round trips to the city being around 50 km, we would return home with the reading at 205 km. They’re good figures for basic EV motoring.

On that drive is Ngauranga Gorge, a steep incline where you find yourself shifting into fifth, or fourth, to maintain your pace up. Naturally, as an EV with instant torque, there was never any issue, but it didn’t feel as pacy as you might think. It’s that soft ride that discourages you from planting your foot down, and I may be one of those people who find it ironic that a vehicle that’s meant to save energy has such a tall shape. I might not be burning fossil fuels, but the SUV format isn’t the most efficient use of energy.

But you can’t argue with where the market is. When MG first headed east, its new owner brought the TF sports back to life, to find only hundreds of buyers for them. Crossovers were, and still are, what the market demands, and the ZS finds itself in the one that’s the fastest-growing: the B-segment, where the Volkswagen T-Roc and Nissan Juke play. It makes sense that the British marque, once known for its roadsters, finds itself fielding the ZS—a car that takes its name from a Honda-based MG saloon from the early 2000s—and the HS. Make money first, indulge in niche cars later.

MG has also got real about where it stands. The 6 was introduced here with great pricing, before a sudden rise to ridiculous levels, then vanishing from the market altogether. The previous importer mistakenly believed the brand would speak for itself, but when we asked younger members of our team, none of them had heard of MG. Cue a more expensive TV advertising campaign, and keen pricing throughout the range (base petrol ZSs begin at NZ$22,990; the facelifted 3 starts at NZ$17,990), and it begins to make its case—and not just among those of us who remember Abingdon’s heyday.

The HS is more pleasing to the eye, admittedly, one segment up and with the bonnet looking more graceful, the cabin set back a little further. For a few thousand more, you can get the nicer styling with the HS plug-in hybrid, but you’d still be needing to buy petrol. The ZS is somewhat Chinese in styling, with a cabin that’s a little forward, front wheel arches where the radius comes into the front door, and a rising window line; these were hallmarks of B-segment crossovers in the middle and latter part of the 2010s, to wit the Baojun 560, Haval H2 or Geely Binyue. On a similar note, think of Korean crossovers such as the old Hyundai Tucson IX and the Samsung QM5 (Renault Koleos I), which had similar proportions.

However, when I polled people about the MG family look, an overwhelming majority approved, and hardly anyone mentioned the proportions. The Clipper Blue finish, which is a colour exclusive to the EV, is arguably the best shade for it, and certainly the most contemporary; if I had to buy one, I’d pay the NZ$500 extra as it does improve the ZS EV’s appearance.

Charging is easy enough: if you’ve changed your habits to charge your phone every night, then this won’t be difficult. The MG grille might look metallic and expensive from a distance, but it’s cleverly painted and somewhat cheap-feeling plastic. Press the octagon and the central part of the grille can be shifted up, revealing the flap covering the socket. For security’s sake, the plug stays very firmly in when the car is locked. As it charges, the octagon badge lights up—a clever touch. The safety features in the ZS EV are compelling (inter alia, lane keep assist, emergency braking, and active headlights that work effortlessly without you needing to think about it), and make it particularly good value.

MG presents an extremely tempting value proposition here. With the government rebate in place, it’s at $40,365 plus on-road costs; the Nissan Leaf winds up at NZ$53,365 with rebate. And I’m not entirely sure one could justify spending the extra NZ$13,000, especially with Nissan’s reputation on CVTs.

Great pricing, build quality comparable to other Asian brands, a high driving position that people these days like, and it’s no wonder there are plenty of ZS EVs about. MG listened to everyday people—not motoring journalists who demand handling that copes with winding B-roads—then got their act together with figuring out EVs better than a lot of western companies, and delivered.

François tells me they’re moving quickly off the lot, and, for those who want to stop burning fossil fuels and need private transport, the MG ZS EV is the cheapest way to get into electric-car ownership in Aotearoa. Except this time, cheap doesn’t mean nasty or untested, and the ZS deserves a truly serious look. • 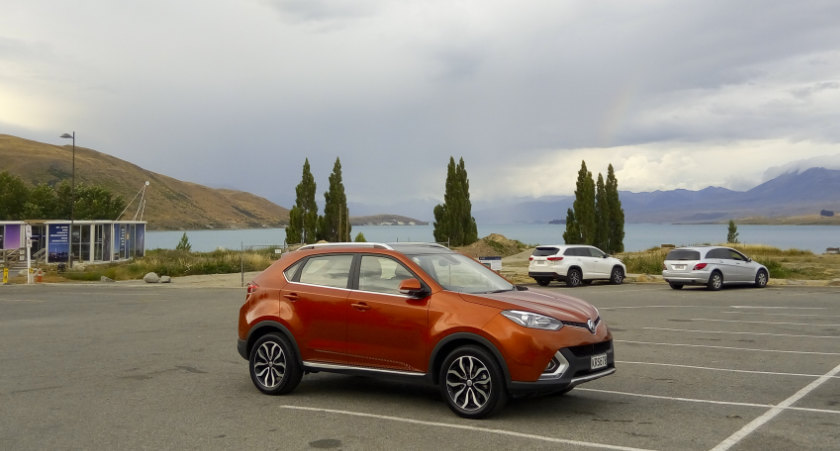 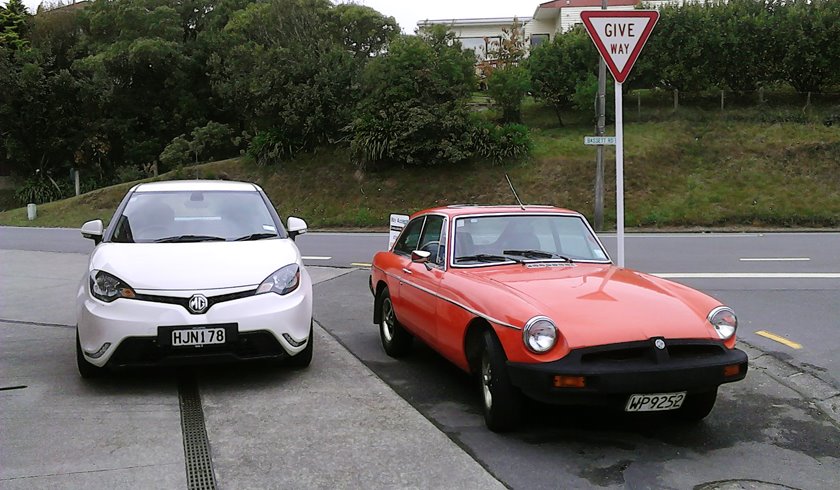 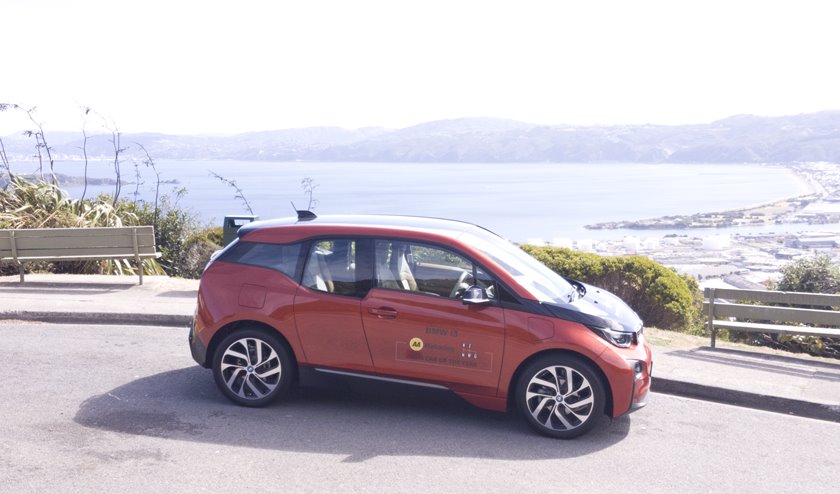 In electric company
Lucire gets to live with the BMW i3, rather than take it for a cursory test drive, and Jack Yan thinks he’s seen the future
Photographed by Stuart Cowley