LIVING Man Ray, whose work appeared in Vogue, was one of the most influential artists and photographers of his era, and his presence is still felt today, as Bhavana Bhim explains

Sometimes we need a moment to sit back and to play with creativity when the rest of the world gets a bit too rough. Man Ray did just that. He lived during World War I, but it was his passion for creativity and play with light and shadow through photography which made him the influential man that he is today. A man of many talents, Ray is classified as an artist, photographer, sculptor, writer and socialite. Many of his works are still being referenced today to remind us of a time when even though the world was fighting, there was a way to capture hearts and provide a lens to view the people around us.

From humble beginnings in America, Ray travelled to Paris and associated himself with the élite art circles. Ray was a friend to Henri Matisse, Pablo Picasso, Ernest Hemingway, James Joyce, Marcel Duchamp and Gertrude Stein, to name a few. He influenced the world of photography through camera-less photograms which he named ‘rayographs’ in reference to himself.

But where did this all begin?

Man Ray’s birth name was Emmanuel Radnitzky. He was born in South Philadelphia, Pennsylvania, on August 27, 1890. He was the eldest child of Russian Jewish immigrants: Max, a tailor, and Minnie. His family moved to Brooklyn, New York in the early 1900s and his father changed the family surname from Radnitzky to Ray. It was evident that from an early age he had a creative flair: ‘My mother told me I made my first man on paper when I was three … the earliest recollection I have of my introduction to paint is at the age of about five.’ Through high school he would draw his way through history lessons and play around: ‘My notebooks, written in a beautiful, even script, were illustrated with gay coloured maps of Cæsar’s campaigns and drawings of ancient Greek and Roman temples.’

After graduating high school in 1908, Ray followed his passion for art; he studied drawing with Robert Henri at the Ferrer Center and frequented Alfred Stieglitz’s Gallery 291. Ray was heavily influenced by Stieglitz’s photographs. He utilized a similar style, snapping images that provided an unvarnished look at the subject. It was at Steiglitz’s studio where Ray became a ‘regular visitor and listener’ and began photographing clients that would walk into Gallery 291.

In the 1920s he moved to Paris and remained there for most of his life. He made a living through his fashion photography for Vogue. Many of his images are influenced by traditional sculpture as women are seated in various poses looking away from the camera lens. He carefully played with the layout of models and superimposed objects, such as diamonds or shapes, over different parts of the body, e.g. Les larmes (Glass Tears), 1932. In Paris, Ray followed fellow artist Marcel Duchamp around and was an avid member of the Dada and surrealist art movements.

The Dada movement consisted of artists who rejected the logic, reason, and æstheticism of modern capitalist society, instead expressing nonsense, irrationality, and anti-bourgeois protest in reaction to World War I. Following on from Dadaism came the famous surrealist movement. A modern art reaction to reality, where dreams and subconscious come to life. Ray’s artworks in 1919, Seguidilla and Aviary, challenge the viewer to think differently and play around with their reception of reality, as female figures are replaced with mannequins.

Aside from mannequins frequenting, Ray had two prominent muses who featured in his photography: Kiki de Montparnasse and Lee Miller. Kiki most famously posed in Ray’s 1924’s Violin d’Ingres, a modified photograph which features the bare back of Kiki styled after a painting by neoclassical French artist Jean-August-Dominique Ingres. Lee came a bit later. She was a successful couture model and later moved to Paris to apprentice herself with Ray. They collaborated on several works together and rediscovered the photographic technique of solarization (where the tones of an image on photographic paper reverse—dark areas appear light or light areas appear dark), such as with Sleeping Woman, 1931.

During World War II, Ray had to return to America. He decided to reside in Los Angeles where he immersed himself to painting. In 1963, Ray published his autobiography, Self-Portrait. Shortly afterwards he returned to Paris and passed away on November 1976, leaving a legacy and influence on photography and art.

In an era where fast film development had not been invented, Ray’s solarization and portraiture style were revolutionary. He played around with techniques and imagery to be creative and express himself and the people around him. His photography was sought after by the élite of the élite. The Maharaja and Maharani of Indore, a famous young royal couple invited Ray into their house and commissioned numerous portraits by him. Although they were part of the Indian royal family, their images offer a glimpse of the couple as a modern, well travelled pair in western-style clothing.

And this creativity continued into the 21st century. In 2017, Nars Cosmetics released a limited edition make-up collaboration with Man Ray’s photographs. Nars also collaborated with Andy Warhol’s artwork and offered make-up lovers the opportunity to play (jouer) and have some joy much like Ray did. In an interview with Vogue, François Nars explains why he chose Ray: ‘I’ve loved Man Ray’s work since I was 12 years old, when I was struck by his daring creativity. I was surprised to discover that a lot of his pictures were taken in the ’thirties and I was mesmerized by just how ahead of his time he was. He was daring and shocking and he had no taboos in the way he photographed people—the audacity he had in his work—this is why it made perfect sense for us to do something. To be daring, to be shocking, his love for photographing people … He loved taking portraits and that’s something that I love too. It’s my favourite thing: more than landscape, more than anything. That’s why it felt right to do the collaboration now. We decided to do collaborations with artists around five years ago, with the first one being Andy Warhol. Since then I have had a list of people that I have been dreaming about doing something with and now it’s time for Man Ray.’ The collection featured eyeshadow palettes, lipstick and limited-edition make-up boxes, each featuring select images from Ray’s estate.

The French artist Marcel Duchamp defined Ray as Joie jouer jouir (of joy, to play, to enjoy). That’s exactly who Ray was and continues to be. A lens through which people can have some fun and be creative. From the young Jewish-American drawing in his history books, to an artist, fashion photographer and member of the French élite, he made a name for himself, but most importantly, had fun just being Man Ray. •

Nars Cosmetics pays tribute to Man Ray with a collection in 2007. 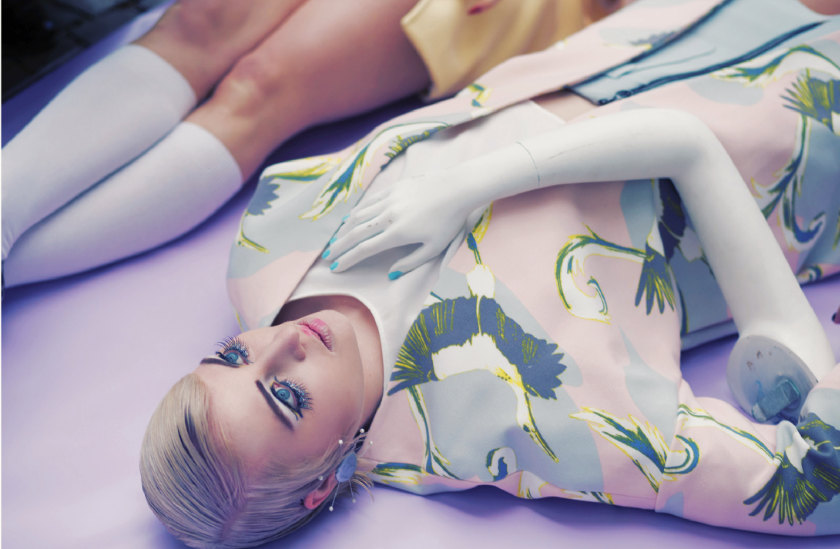 Profoundly personal portraits
Jack Yan speaks with international photographer Aliona Kuznetsova, whose work first came to Lucire’s attention in the 2010s, embarks on a new book featuring over a decade of her work, telling a deeply personal story
Photographed by Aliona Kuznetsova
From issue 42 of Lucire 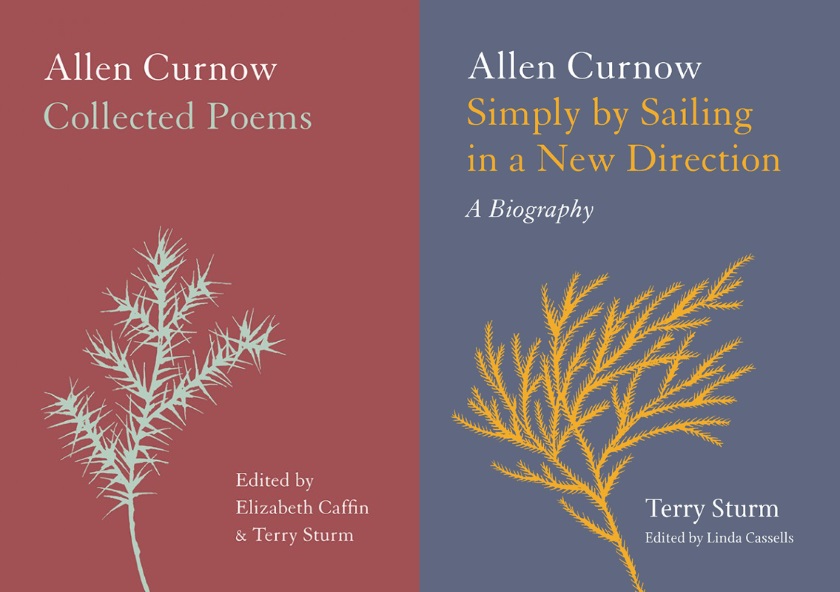 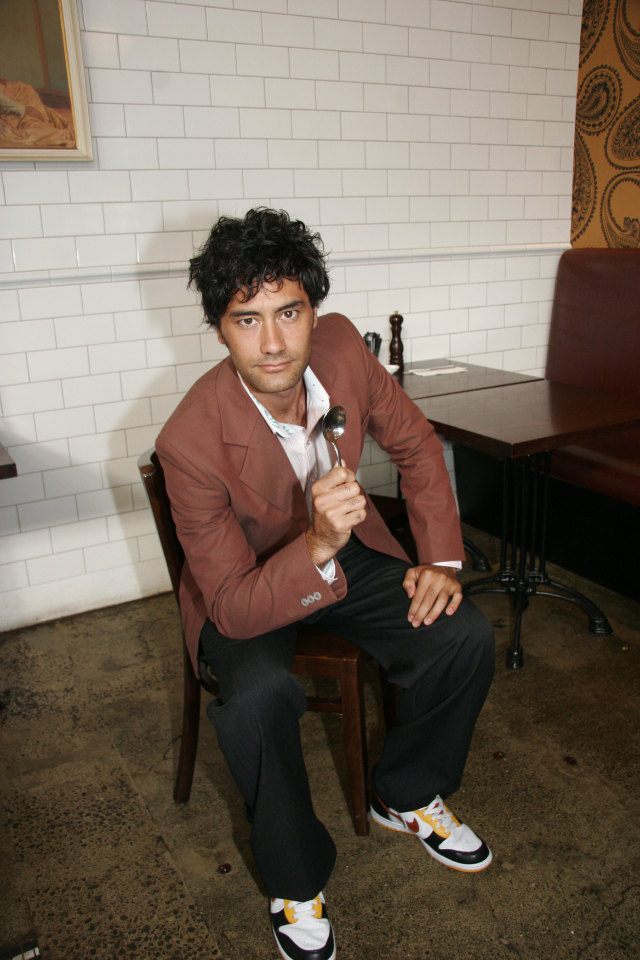