Above: The natural pools of Cachalote.

VOLANTE Madeira, off the coast of Portugal, and in fact closer to Africa than to Europe, is finding its way off the beaten track and into travellers’ hearts, reports Jody Miller

Top photograph by Joana Carvalho
From issue 45 of Lucire

Top: The Cathedral in Funchal. Above: Funchal Bay.

Who doesn’t want a secret paradise? A mythic island seemingly lost at sea. One where nebulous rainforests touch the heavens and jagged cliffs tower above a turquoise sea clasping the ancient volcanic rocks far below. Where bananas and sugar cane grow on terraced fields alongside fragrant lavender and hibiscus and pastel-coloured houses clutch the hillside.

Can such a place exist without traversing to the far corners of the earth far from civilization and creature comforts, yet still be free from hordes of loud holiday-seekers?

Simply put, yes. It even has an international airport and is less than two hours from Lisboa by plane.

Madeira is Europe’s best-kept secret—at least to those who don’t know about it or have not ventured to this enchanted island. A paradise unlike any other that politically belongs to Europe, geographically belongs to Africa, and yet inhabits a captivating universe of its own that will capture your heart the moment you arrive.

Age of exploration
An autonomous region of Portugal, Madeira is the largest island in an archipelago in the north Atlantic formed by a massive shield volcano. Discovered by the Portuguese in 1419 and settled in 1420, the sub-tropical island is home to the rare laurisilva (a UNESCO World Heritage site) that overflow with tropical plants and species. Once part of the fabled Barbary Coast, Madeira was a favourite stopover for pirates, explorers, and the slave trade that, thankfully, did not endure too long. Sugar cane production propelled the local economy for centuries but was largely replaced by wine production, of which the sweet Madeira dessert wine is world-renowned.

It’s not that Madeira does not have visitors. Tourism is intrinsic to the island’s economy. There are a number of luxury hotel properties, some known for their distinctly British flair, as well as independent rental units. Occupancy rates are generally high, most commonly with visitors from Britain, Germany, France and mainland Portugal. It is also a popular cruise port for many European liners, making the port area consistently bustling.

Age of enlightenment
With a year-round temperate climate, majestic natural beauty, a picture-perfect coastline dotted with quaint towns and villages, plus a bustling capital with a robust bar and dining scene, Madeira has remained off the vacation radar for many, especially those outside continental Europe. Sara Marote, executive director of Madeira Promotion Bureau, sheds some light on what has kept this Portuguese island in the tourism shadows.

‘Due to its location—approximately 300 miles closer to Africa than Europe—and the lack of direct flights from the United States, Madeira has not been at the forefront of us travellers’ minds when considering European travel,’ Marote explains. ‘However, with the growing popularity of Portugal, and the American traveller’s interest in discovering new, off-the-beaten path destinations, Madeira is becoming more well known in the us market. Additionally, new flight routes from Boston and New York, as well as expanded connections from mainland Portugal and throughout Europe provide travellers with increased opportunity to discover Madeira.’

To the dismay of those who would like to keep this Atlantic Shangri-la their secret treasure, things are about to change. ‘Madeira … continues to adapt to accommodate more tourism by expanding and refining its product offerings to suit tourists with a wide array of interests,’ claims Marote. ‘Over the past few years Madeira has welcomed new accommodation options to target travellers such as the millennial, the digital nomad, and more. In addition, Madeira’s gastronomy scene has flourished, with two restaurants on the island being awarded Michelin stars in the past 15 years.’

With endless hiking and adventure options, which include the famous Levada walks throughout the island, Marote sees a new breed of traveller ready to explore Madeira’s natural wonders. ‘Madeira is proving itself to be an all-around destination with endless outdoor adventures, a rich culture, a growing gastronomy scene and more.’

Ready to pack to plan your Madeira holiday? Here are some of the places and activities that are a must for your Madeira visit.

Funchal
Madeira’s biggest city and hub. With just over 100,000 inhabitants, Funchal feels bigger and busier than many cities its size. To get acquainted, start with strolling through the vibrant old town (Zona Velha). You will quickly notice a mélange of architectural influences, from Portuguese to Flemish, antique to modern. Street art and artisan boutiques adorn the cobblestone streets and alleyways, while sidewalk cafés and restaurants with local and international cuisine fill every possible space.

Gastronomy
As noted earlier, Madeira has a robust gastronomy scene. It’s no surprise that seafood abounds. The local specialty of black scabbard fish with fried bananas is a must-try for first-timers. Don’t despair if you are not a seafood lover, beef is big here. The kebab-like espetada is grilled atop bay leaves hung on racks to temptingly dangle above the table. No proper Madeiran table is complete without a basket of bolo do caco—a rustic sweet potato bread bathed and baked in garlic butter and parsley.

Sweet Madeira wine is not the only libation in town. Poncha is a potent local cocktail made from brandy cane sugar, honey, lemon, and various fruits. Poncha packs a punch with 50 per cent alcohol. It’s yummy, though potentially deadly stuff. Consume with caution.

What goes up must come down. Cable car ride to Monte. Riding the toboggan back down from Monte.

Cable car and Monte Palace Garden
Board at Almirante Reis in Funchal for a 20-minute cable car ride to Monte, a mountain top suburb overlooking the city. Slow and soothing, this is the moment to embrace the stunning vistas of the sea and mountains as you ascend over tiled rooftops before you exit.

Once an opulent hotel in the 18th century, Monte Palace is a magnificent botanical garden with exotic plant life from all over the world. Highlights include Chinese and French gardens, a waterfall, pathways lined with historic mosaics dating from the 13th to 19th century, and galleries with alternating exhibits.

When you are ready to descend back into town, you have three viable options: you can walk the mile or so downhill for a little exercise and close-up sightseeing; ride the cable car back down; or take the plunge and ride in a manned wicker toboggan which is like oversized human baskets that started in the 19th century to transport locals from Monte to Funchal. Admittedly touristy and a bit pricey, the 10-minute jaunt rolls you downhill to Livramento where you can walk or taxi into town for a well earned lunch or dinner.

Cabo Girão
Protruding 580 m above sea level, the skywalk at Cabo Girão is a bit spooky for the faint of heart, but if you take a moment to relax, the reward is priceless. Free of charge, the skywalk is a once-in-a-lifetime experience to gaze at the majestic Madeira coastline from a new vantage point. When you are finished floating on a glass cliff, take the Rancho Cable Car down to Fajas de Cabo Girão. These fertile fields are used to grow vines and the cable car was originally used by the farmers to transport their produce. Plus, you’ll find a secluded beach to pass a carefree afternoon (weather permitting).

Porto Moniz
Filled by natural, crystal clear saltwater from the Atlantic, these natural swimming pools are formed from volcanic rock. Majestic is hardly an understatement for its primitive beauty (yes, you can swim in them). Take some time to stroll the quaint village after the tourists have departed and watch the sunset behind the surreal rock formations.

Levada walks
The breathtaking scenery is the real reason you are in Madeira, and the very popular Levada walks are the island’s unique system of getting up close and personal with nature. The Levadas were originally developed as mini-canals or irrigation systems in the 16th century to distribute water from the rainfall heavy north to the drier and sunnier south. Zigzagging through the mountains and forests, the Levadas cover a combined distance of 2,500 m. Walk through tunnels, past waterfalls, along a jagged cliff, or just meander the verdant forest. There are trails for every ability level of varying length and difficulty.

Add a bona fide adrenaline rush to your Madeira itinerary with a walk above the clouds. Vereda do Areeiro is for more experienced hikers who need a challenge with a reward unlike any other. This is an arduous trail that connects the two highest peaks in Madeira and takes several hours to complete. There are several of these hikes on the island for the more seasoned trailblazers that promise unparalleled backdrops for those who thrive on challenge.

Porto Santo
If a sandy swimming beach is a must for an island holiday, you will need to make the 27 km trek by ferry or prop plane to Porto Santo. Christopher Columbus lived here with his Portuguese wife, and there is a museum commemorating his tenure on this secluded islet. Ranked as one of the, if not the best, beaches in Europe, Porto Santo is well worth the trip for a couple days of beach time and wandering the capital of Vila Baleira for lazy afternoons and beach sunsets. •

Top: Walking above the clouds at Vereda do Pico do Areeiro. Above: Porto Santo bay. 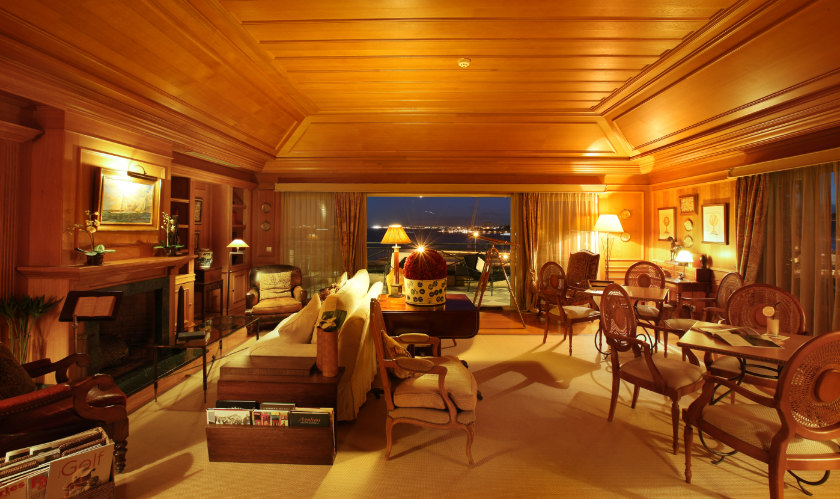 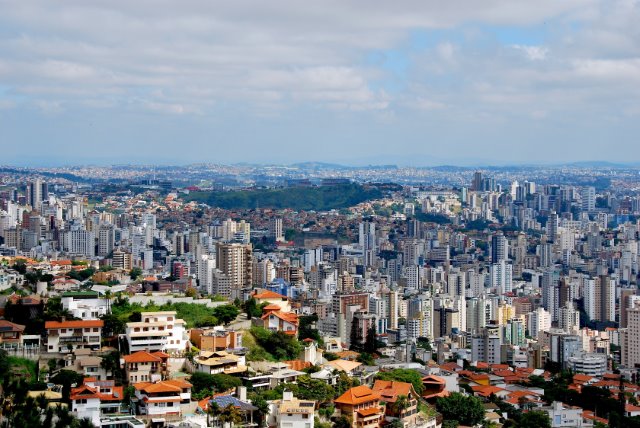 Found horizon: the hidden gems of Belo Horizonte
Rio de Janeiro may have its sexy beach scene, soaring mountains, glamorous fashion and the 2016 Summer Olympics, but Belo Horizonte boasts a surprising cultural heart and soul, writes Elyse Glickman
Photographed by the author and by Rachel Weil 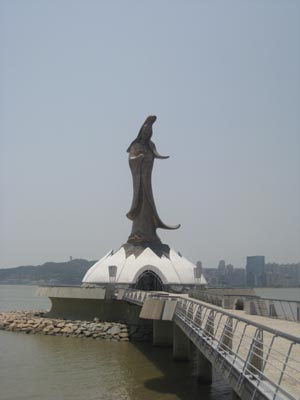 Macau’s moment
Conceived by big business as the “Asian Vegas”, Macau comes into its own, but with its heart and soul intact, writes Elyse Glickman
Photographed by the author