Distinctive Everything about Salisbury Boutique says that it’s something special

Jack Yan talks to Sheryl McPherson, the driving force behind Dunedin’s fashionable Salisbury Boutique—the one to watch if you want to find the next big thing 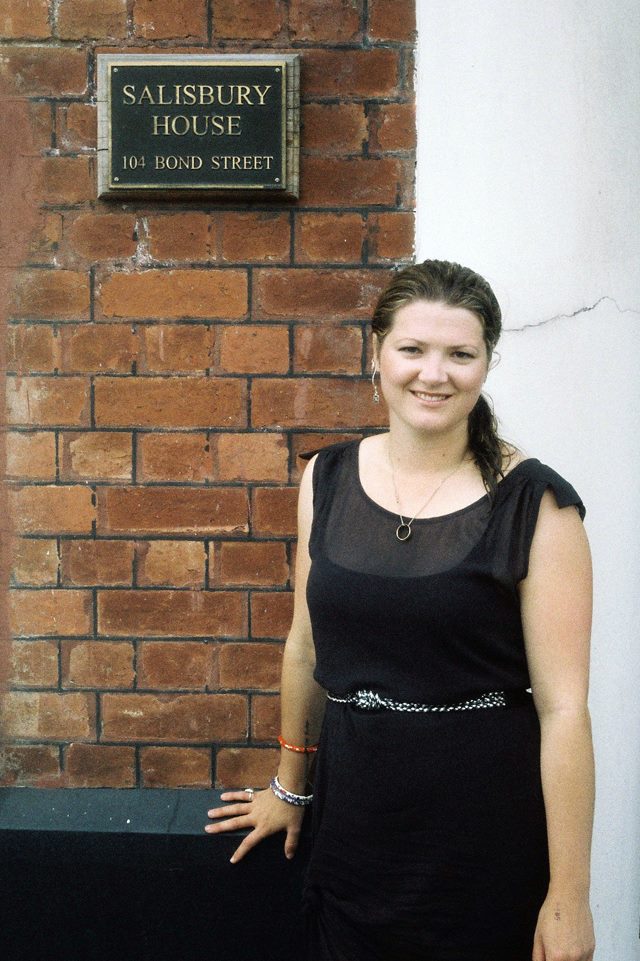 It’s hard to figure out which is Sheryl McPherson’s “day job”: is it the one she was formally trained in, as an archæologist (and a successful and busy one at that), or as the director of Dunedin’s very classy Salisbury Boutique, in one of the city’s up-and-coming quarters?

At 104 Bond Street, Salisbury Boutique is housed in one of the strengthened, older buildings: at the same premises, upstairs, is a business incubator. Just behind the store is the offices of Creeps & Violets, the Dunedin jewellery brand. The boutique itself stocks New Zealand’s edgy and cool: My Boyfriend’s Back, Darkblack, Mardle, Falvé, Jane Henry, Alice Berry Quirky Designs, Highnoontea, Millicent and Elephant & Bird among them. There’s a positive, growing vibe about the site, and it attracted, while Lucire visited, international customers who were drawn to Salisbury’s uniqueness.


McPherson herself is energetic, something apparent on a first meeting with her. That is, in fact, an understatement, as she and partner Hayden Cawte are able to balance the demands of two business along with endless volunteer work, including Rotary, and their interests in a local book club and the Dunedin Club.

Intellectually, it was not a stretch for this archæologist specializing in animal bones from New Zealand, the Pacific and Island South East Asia, a young woman holding a master’s degree who had helped morphologically identify a new species of yellow-eyed penguin. But it would have been impossible for someone with even an ounce less energy than McPherson.

She came with a record of achievement: she was consulting with experts in her profession at 21, and her OE saw her go to Thailand where she worked on Bronze and Stone Age burial sites in the northeast of the country with noted British-born archæologist Prof Charles Higham, who headed the department at the University of Otago. She also worked on sites in Papua New Guinea.

Returning to New Zealand, Cawte suggested that she start her own archæology business.

McPherson, however, had a second passion, which saw her attend a networking session at the Dunedin Fashion Incubator. There, she met designer Tamsin Cooper, ‘whom I had followed since I was 21,’ she recalls. ‘She was the first New Zealand designer I had ever followed. Tamsin has been so supportive. Every step of the way, she has been there to provide feedback.’

An opportunity arose when the previous tenant at no. 104 retired. ‘We had this space,’ she recalls. ‘I wanted New Zealand designers, not [clothing made in] China.’ The transplanted Wellington native had no interest in the model of importing cheaply and selling expensively, and she was dubious about the quality of some of the imports.

Everything coincided: the property at 104 Bond Street was part of Dunedin’s historical development precinct, so it would be a perfect location. ‘I wanted to show people how to use a heritage building in a positive way,’ McPherson says. ‘We could not do what we do in George Street,’ one of Dunedin’s main streets heading into the centre of the city.

She knew people ‘wanted to wear cool stuff,’ and she could support local businesses. Cawte, too, encouraged her to fulfil her second passion and take on the boutique.

Something flowed when Salisbury Boutique was opened in the vacated 104 Bond Street. ‘There was no one [else] in the building. In three months, there was a marketing firm, Undone, Henry Devereux; the incubator within a year.’

While McPherson valued emerging talent, and knew of designers studying at Otago Polytechnic, she did not set out to get young labels. However, Salisbury Boutique has wound up with labels all in their first five years, whom she describes as ‘untainted by the industry, with amazing designs and concepts.

‘It’s where you get the very fun stuff.’

McPherson has met all the designers she stocks, with the exception of some based in Auckland. One senses that she has a particular fondness of Wellington labels.

With over 30 labels now stocked, Salisbury is being approached regularly by designers—and not just of clothing and accessories. It stocks fashionable stationery and glassware, but what unites them is a sense of edginess.

Salisbury Boutique’s attention to detail and the uniqueness help. ‘If you spend $500, you want to know that coat is for you. You can spend $500 at Country Road. But Salisbury Boutique can be the only stockist for some brands in the South Island. We can make sure that the same dress is not sold for the same occasion. We want [those occasions] to be special,’ says McPherson.

‘I love giving people the opportunity. We love to be that store where we find the new people coming out. [Customers] watch our store to see who’s next,’ she says.

McPherson also gets a buzz from seeing the progress of the designers she stocks. ‘The designers get better and find their brand.’

She encourages them to look beyond New Zealand’s shores, too, to help secure their long-term future. ‘You don’t need to be somebody to do well in New Zealand. I want to be an ambassador for the New Zealand fashion brand and quality.’ Success, she says, would be to see someone she did not know in Bangkok, wearing New Zealand labels that she stocks. She would also deem it a success if Salisbury Boutique was able to revitalize the precinct.

Both the archæology business and Salisbury Boutique are looking at a very strong year. There seems to be no stopping McPherson as 2014 continues. • 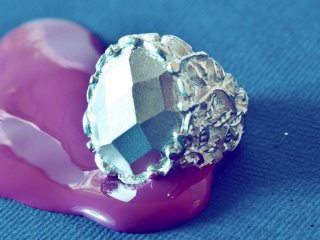 Darkblack’s irreverent edge
Jade Muirhead creates jewellery under her eponymous label and as Darkblack, both of which have a characterful, irreverent and glamorous feeling to it. Jack Yan talks to the designer and learns about the personality driving the designs
photographed by the author 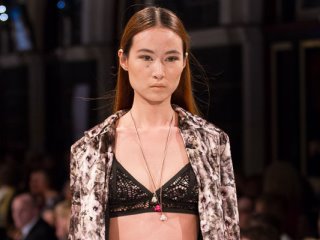 The rise and rise of Undone
Jack Yan checks out Undone, one of Lucire’s must-have labels from New Zealand’s deep south, and the stand-out at ID Dunedin Fashion Week
photographed by Matthew Beveridge/Matthew Beveridge Photography 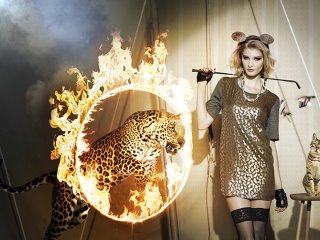 Runaway circus
Sopheak Seng is impressed with Mondegreen’s autumn–winter 2013 collection, with a new twist to what the label is already known for