Carole Shashona had already been immortalized in art by Andy Warhol, and now she’s turned her attention to non-conformist jewellery

There’s no doubt that the multitalented Carole Shashona has established her place in high society through her many careers and adventures. Andy Warhol immortalized the former model in a portrait, while Valentino Garavani outfitted her in some of his most groundbreaking fashion designs. But Carole never wanted to follow the rules and standards set by society. She wanted to create her own way.

‘My grandmother escaped from Russia with stones in the hem of her dress to start her life in America,’ Shashona points out. ‘She learned about stones from her mother, and she passed on that knowledge to me detailing the stones’ cuts, colours and power of stones. I started buying stones on my own and would design pieces for myself and then started creating pieces for friends because they loved what I did.’

Carole’s free spirit she inherited from her grandmother pushed her to become a designer, eventually leading her to study feng shui during her years in Hong Kong, earning a grand master designation.

The ancient secrets of feng shui not only taught her to transform the private spaces of industry titans but also design jewellery that has been worn by celebrities like Cher, Oprah Winfrey, and Julie Chen. Her beautiful work has landed her on the pages of magazines like Architectural Digest and Robb Report. These secrets have also prompted her to face her own challenges with grace instead of anger, choose positivity over negativity, and appreciate that each day brings new promise of opportunity.

‘I am inspired by nature and the world around me and use the power of colours, symbols and stones in all of my pieces,’ Shashona affirms. ‘Everything in my line uses has an intention to attract energy for positive flow and wellness and uses symbolism, giving each piece much more than just an accent for style. When I first learned about feng shui in Hong Kong, I started incorporating what I learned into my jewellery designs. Throughout history, you see jewellery being used not just as an adornment, but for its power and symbolism. That is how I create jewellery. I don’t look to follow trends or create them. I am creating jewellery that is meant to empower the one wearing it.’

A lot of the principles continue to translate into her work as a fine jewellery designer. While Shashona’s past work features Buddhist motifs and other powerful icons, stones, and shapes, her love for travel and adventure was her inspiration for the Wanderlust collection, for example. However, her latest collection, focusing on the power and positive benefits of cannabis, may surprise some of her fans. However, as the mighty leaf becomes legalized and more mainstream in American society and elsewhere, should it be a surprise that her newest diamond Cannabis collection continues her own journey as a creative force—and encourage the wearers to do the same?

‘About six years ago, I became aware of medical cannabis from clients that were going through chemo for cancer and started treatment for it,’ she details. ‘They were using it to balance [the] side-effects of chemotherapy. After chemo, many patients had PTSD. They used cannabis to help relieve that anxiety. My observations made me realized I have always loved the beauty of the cannabis plant and its healing powers. My goal with this collection was to recreate this beauty in a holistic way using the power of the stones. I chose to use the recognizable symbol of the plant leaf, along with a slogan, “Lighten up”, as part of an effort to change the conversation about marijuana.’

In brief, her intention was to create a series of eye-catching statements to lighten up the conversation and brought us back to its positive attributes and medicinal properties. Beyond that, Shashona designed the collection around very specific ideas. She used white south sea pearls and Tahitian black pearls for bracelets and dangling earrings to transcend social circles and styles and break the traditional stereotypes of the cannabis advocate, allowing someone to wear it with a Chanel little black dress for a charity gala or to work with a tweed suit. She also designed other pieces to be on the pulse of other fashion trends such as athleisure and minimalist chic.

‘I created the “Lighten up” slogan to bring up conversations about changing the way we look at cannabis and start talking about its healing powers, so that more research can be done, and more people can be treated,’ she affirms. ‘Like with everything in my designs, I created it using the power of stones and symbolism. Versatility is also key, as I want people to wear it just as easily for a gala, a business meeting, a music festival, or even on weekends all the while receiving the blessings from its stones and symbols and making a statement.’

Shashona details that the Lighten Up baseball pin is inspired by her growing up in New York, watching baseball games with her father, while the Lighten Up necklace was inspired by memories of her teen years when she became ‘the designated joint sifter and roller’ in her social circles at the High School of Performing Arts.

This informed the whimsical, unexpected design of matches that would be a statement piece to get people talking with its festive mix of pavé black diamonds, pavé rubies, pavé blue sapphires, pavé yellow sapphires and pavé tsavorites, to bring the power of colour, stone and symbols of the plant.

Her Rock Om necklace, meanwhile, was designed for the rebel who wants to be heard.

‘It was designed to pair with a motorcycle jacket just as easily as a sweat suit, depending on your style,’ she adds.

‘My cannabis studs, in contrast, were created for the minimalist who wants a subtle whisper of a statement but still wants to express herself.’

Shashona then reflects back to the roots of her creativity, some of them sewn into her grandmother’s hem, and later, her consciousness. ‘I create only four collections a year, limited edition, limited production so they are all so precious. I love artisan work. I want the person purchasing my pieces to pass it on to [their] daughter, as part of their legacy. I want this heirloom of their legacy and their life to be full of protection and meaning. Not just another jewel in the box.’ • 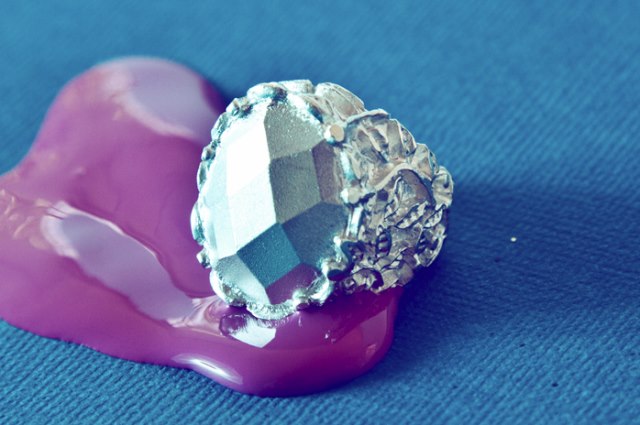 Darkblack’s irreverent edge
Jade Muirhead creates jewellery under her eponymous label and as Darkblack, both of which have a characterful, irreverent and glamorous feeling to it. Jack Yan talks to the designer and learns about the personality driving the designs
Photographed by the author 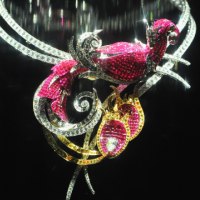