The changing of the guard

FASHION Numerous labels around the world have new talent: the second half of the decade looks very different to the first. As a result, there’s tension between past and present. Jack Yan looks at some of these labels and wonders what is the right way in 2019

Balenciaga spring–summer 2019: Demna Gvasalia is willing to push the envelope—though the designs still have balance.

Jack Yan is the publisher of Lucire. Sopheak Seng, Lucire’s fashion and beauty editor, contributed to this story.

All great shifts in history are heralded by a change in people. One could argue that certain people surface because of circumstances; but sometimes it is hard to explain why, for instance, both Yves Saint Laurent and Karl Lagerfeld both found themselves at the same fashion competition in 1954, and both went on to launch major careers; yet no other year saw giants emerge.

It is interesting, then, to wonder just what the latest shift in people mean for the industry. It’s not just the passing of Lagerfeld (with Virginie Viard replacing him), but numerous other labels, which have recently seen a change in their creative director or head of design, on both sides of the Atlantic.

Givenchy appointed its first female artistic director in May 2017, when Clare Waight Keller succeeded Riccardo Tisci. She is best known for her work for HRH the Duchess of Sussex, the former Meghan Markle, who wore a Waight Keller-designed wedding gown. Waight Keller’s tenure, so far, has been largely positive in the eyes of fashion media, and if she didn’t have the Duchess as a client, it’s likely she would still have made a name for herself at the storied French brand. Waight Keller understands that Givenchy’s past is a reserve to be tapped, and is openly inspired by it, while she’s also aware of the need for timeless fashion and chic. The results are well balanced, well tailored designs, with dashes of boldness, but little for Givenchy fans to be concerned about. Waight Keller has moved the label forward cautiously. It hasn’t been about a “Waight Keller style”: she understands that the brand is bigger than she is.

Hedi Slimane took over at Céline in January 2018, but isn’t necessarily cognizant of that last lesson. His history at Yves Saint Laurent suggested he was prepared to overhaul at the expense of a brand’s existing goodwill, to the point of dropping the founder’s first name from the brand; what replaced the iconic YSL initials (as drawn by A. M. Cassandre in 1961) was a stark, all-cap Saint Laurent that seems to tap into the metooism of fashion label logos of late. Céline suffered a similar fate with its logo, in a movement some commentators have called ‘blanding’: the accent has gone, the letterspacing tightened, and while the typeface hasn’t changed much, long-time fans cried foul in June 2018 when the change happened. Slimane also deleted everything on the company’s Instagram account: anything done by his predecessor, Phoebe Philo, was purged, with the dictum that the brand return to its minimalist 1960s roots.

We weren’t entirely certain if minimalism was what eventuated on the catwalks initially: Slimane’s spring 2019 looks, for instance, were part of the emaciated glam æsthetic that observers had seen at Saint Laurent, with plenty of black and sequinned jackets. However, come autumn 2019, Slimane began looking at Céline’s back catalogue and cast off what he had done at his previous employ; in its place was a more confident, feminine and grown-up woman, who cared about dressing well without garishness. It was a relatively simple approach, thought not all Céline fans were relieved.

Georgian designer Demna Gvasalia took the reins as artistic director at Balenciaga in 2015, specializing in creating fashion that surprises or jars, though Gvasalia says he’s not there to be provocative (even if his work is thought-provoking). Elegance isn’t on his radar; he wants to redefine how we interpret glamour and create controversy and buzz, and has the support of the label’s owner, Kering’s François-Henri Pinault, to do it. He has also gone on the record to say he isn’t interested in looking backward, with the one concession to the Balenciaga label being that he starts with the shoulder line, something he says Cristóbal Balenciaga himself did. It may be working for Kering as Balenciaga brings in nearly €1,000 million in revenue each year.

Virgil Abloh’s appointment to Louis Vuitton menswear in 2018 was covered very positively: it’s not often a person of colour works their way to heading a major occidental label. Some of his work has been applauded, with a workable début collection for spring 2019, though he also faces allegations of copying ideas in his most recent collection for autumn 2019. We can see the inspiration, but like so many things in fashion, it’s hard to know definitively. But it is apparent that Abloh has cast off some of the past and championed diversity in his approach, which will help Louis Vuitton’s evolution.

Stateside, Laura Kim and Fernando García had worked at Oscar de la Renta in the 2000s until May 2015, when they departed to launch their own label, Monse, which gained praise from the New York fashion set. By September 2016, they had both returned, succeeding Peter Copping.

Given such a long association with Oscar de la Renta, Kim and García knew the brand well, particularly its luxury approach. They had already made a name for themselves at Monse with patterns and knitwear, and back at Oscar de la Renta they were able to up the ornamentation, beginning with their first fall 2017 collection, progressing to their latest in 2019, targeting the red-carpet wearers of Hollywood and international film festivals. It wasn’t quite classic Oscar, but Oscar reinterpreted with a younger audience in mind, which is exactly what the brand needed.

There was a change, too, at Diane von Fürstenberg, recently. There has been no public announcement on the identity of the designer who worked on her fall 2019 collection, but we know that she came in when the collection had been planned, and that Nathan Jenden, who had worked for the label in the 2000s, departed in 2010, and returned in 2018, had left at the start of 2019 before the fall shows took place in February. It has been a case of revolving doors at DvF: Yvan Mispelaere and Michael Herz took their turns after Jenden’s first departure, and Jonathan Saunders joined in 2016 to leave in 2017. While von Fürstenberg is very much alive, and doubtless sets the tone for the label that bears her name, it’s Sandra Campos who serves as the CEO and others do the designing. Her presence is probably what keeps the brand true to its roots, and why the designs are about giving women confidence.

With each change, two questions come up. Does the new designer mean that the brand can retain its current customer base? And does fresh talent really mean new ideas?

The changes since the middle of the decade suggest a real mix. Waight Keller suggests that the designer is a hired hand at best, a mere custodian of the creative director’s chair, especially in the age of major labels being among a multi­national’s portfolio. You’re only a collection away from getting dismissed should it be ill-received by buyers. That must also be the case at Diane von Fürstenberg, with rumours she’s about to hire the anonymous designer who came in to finish off fall. Kim and Garcia demonstrate that there is a route between doing your own thing and being faithful to the brand. Slimane has done both: he ripped up the playbook before getting some tape and attempting to bind it back together. Abloh hasn’t quite gone to the same extremes, but he also isn’t about slavishly following the past. And Gvasalia is a healthy example of reinventing a label to get it to new heights, generating headlines and conversation, and getting a new, younger audience.

Logic would dictate that the safe approach at Oscar de la Renta would fare best: have new ideas but keep the base happy. But if balance sheets and headlines are to be believed, Gvasalia might be right in an era of Instagram, where people want something to show off. He has based his collections on what he sees is gritty, real life in Paris, even if his customers are unlikely to go into unfriendly neighbourhoods. He understands that fashion has to make money, and has tasked himself with that goal. It mightn’t be for purists who believe heritage is an inherent part of a brand. It’s hard not to be a little cynical, if the way to get buyers in the late 2010s is to get noticed first, ahead of design or quality.

With the different approaches on offer, this might not represent a great shift in the global fashion industry. New designers are arriving at the major brands, but there’s not much to suggest they are competing for fashion lovers’ hearts and minds—only their wallets. • 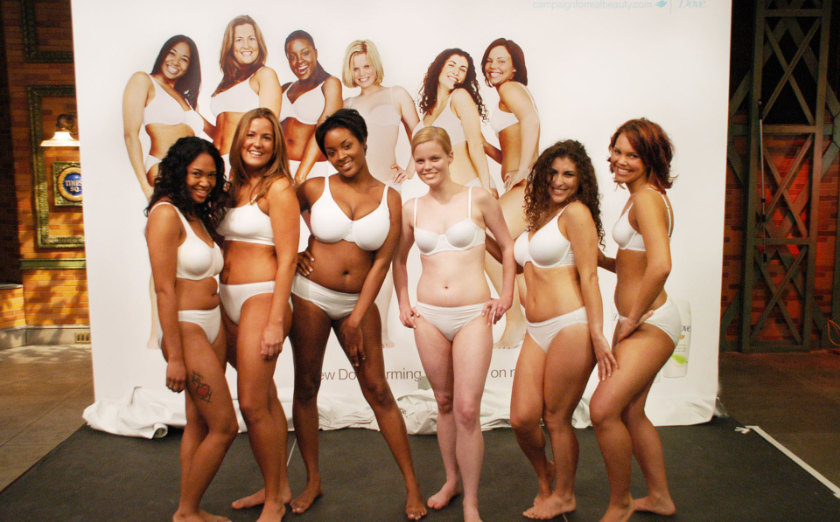 Bust–waist–hip: the skinny on fashion’s body weight dilemma
As part of our ongoing 20th anniversary celebrations, in this special feature originally published in 2007, Summer Rayne Oakes discusses the fashion industry’s international effort to increase awareness about health and eating disorders, and the pressures of maintaining a healthy body image in the modelling industry
Catwalk photographs by Janet Liu
From issue 22 of Lucire