Best dressed from the beginning

FASHION Jessica Rich never set out to be a shoe designer, she tells Meg Hamilton, but she believes she’s found her calling—and she has plenty of support with her celebrity following
From the September 2019 issue of Lucire KSA

Jessica Rich (above) says her style is inherited from her mother

Fashion is something that has always come naturally to clothing and shoe designer Jessica Rich. From humble beginnings, Rich has developed a celebrity following, establishing herself as a self-motivated and innovative fashion designer who understands the inner workings of the modern woman and what she needs to wear to feel her best. Her latest range of shoes, Color Pop, shows there are no signs of her creative capabilities letting up.

Rich attributes much of her fashion and design instincts to her mother, who came to be an inspiration to the young creative. ‘When I was in high school, I got the “best dressed” because I was wearing all my Mom’s clothes,’ she says. Describing the roots from which her came, she says, ‘We did not come from a rich family: my Mom worked two jobs to support my brothers and me.’

She explains that despite money struggles, her mother always made the best out of the situation. ‘Everything I wore always looked like it was expensive because she put things together so amazingly. I’ve always had that from her and it reflects in my life. No matter where I go people say I’m always well put together, even on my casual days.’

Jessica Rich first came into US celebrity circles on the reality television show Real Chance of Love, and has since appeared on Access Hollywood Live and The Millionaire Matchmaker, and now has her own web series called Style It Rich. The original TV contact indirectly led her into the fashion industry.

‘I started a boutique PR firm about five years ago and I was helping other brands in Los Angeles and in London get celebrity placements,’ she says, relating back to where her career began. ‘After I made the brands established, I found that they didn’t need me any more after a couple of years, and that’s when my money stopped. So at that point I said, “You know what? I’m not going to do this for anybody else except for myself and I’m going to give my contacts my own products and build my own brand, because otherwise it’s not worth it.”’

She first started designing clothing, which includes her Akoy label, in collaboration with one of her good friends and launched out of Amsterdam. The label has started selling online and in her Melrose store. Her journey into the world of shoes, however, didn’t occur to her until later. ‘My boyfriend at the time gave me the idea to do shoes—I never thought in a million years I would be doing this, but it was the best idea he could ever give me.’

Since then her shoe line has seen massive success with multiple collections such her Drip Sandals, Posh Pumps and boots. Some of her more well known viral shoe collections include the transparent shoe range, in which she owes her inspiration to another celebrity name. ‘The inspiration came from Kanye West. He started doing clear shoes and it was becoming a trend, but there were only a couple styles on the market-place, so I decided to dive into that … I wanted to have shoes that were not available in the market-place and that’s when my first design came.

‘I just told myself the easiest thing to do was to design everything clear this way. I don’t have to think too much about design: it was way easier to create styles without colour to go with everything. That’s when my line really went viral because I have something everyone wanted but did not see a lot of. Fast-forward two years, everyone has caught on and I’m being replicated left and right but it’s flattering!’

With her new shoe line for men in collaboration with R&B singer Jon B, Rich finds that men are taking positively to her new line. ‘We did a whole campaign around it. The name of the men’s line is I Am King,’ she says excitedly. ‘I feel like every man should be treated like a king and feel like one, so that was my direction. I’m going to be releasing another style very soon.’

Other famous names and faces have come to celebrate the excellence of Rich’s designs by wearing her shoes out and about. Some of her favourites among them are the famous sisters Khloë and Kourtney Kardashian. ‘I love that family. I was stocked in all of their Dash stores and it’s been such a pleasure to have experienced that.

‘I appreciate every single person that supported my brand as a new shoe designer. J-Lo [Jennifer López] made me very happy wearing my shoes on a very important night. That is something I’m going to remember forever.’

Overall, Rich celebrates herself as a workaholic when it comes to design. But her inspiration doesn’t just come from one place. ‘I pretty much work 24–7 when I’m out and about. I see things, I watch people’s feet and what they’re wearing. I take different ideas from different things all the time. When I do design I pretty much do it [at the] spur of the moment.

‘I normally just take trends and twist them into my own way, [making] them my own from something that I’ve never seen in the market-place that girls like me would love,’ she says.

Rich, however, is not only hailed for her design, but her ability to know what the modern woman looks like in a contemporary setting, and prides herself on being able to provide for her. ‘She’s confident. She’s versatile. She knows who she is and she’s not scared to step out of the box. She’s a leader and not a follower. She’s down to earth and she’s classy,’ she says. ‘I wanted to target the girl who is fashion-forward who isn’t scared to make a statement.’

Despite not originally setting out for the world of design, Rich has come to love what she does. And her statement perhaps reflects the us celebrity culture that she finds herself in. ‘I never wanted to do something in the fashion world, and at a young age I wasn’t really sure exactly what [I wanted to do]. But designing shoes became a passion of mine and I ultimately just wanted to be famous for being who I was.’

What’s next for Rich will only solidify her position. She recently released over 15 different styles, and a new line of shoes for Macy’s appeared on August 1. Her latest Color Pop range has already received a positive media reception and proved to be a hit, coming in three sharp colours while incorporating Rich’s signature trend-setting transparent look. •

The customized is always right
With a fiercely loyal following, and a range of endlessly customizable bags, New York City’s Goldno.8 is a brand to watch. Jack Yan speaks to its founder, Ariane Gold, on her vision 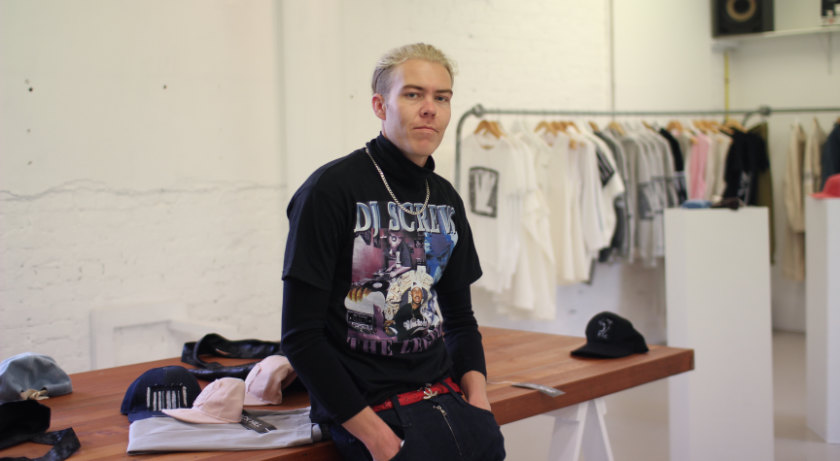