Stately The Steigenberger Frankfurter-Hof is an enviable address for Frankfurt

Elyse Glickman heads to Frankfurt, every inch the business town, and manages to duck out for outlet shopping in Wertheim Village, in part two of our German travel series
photographed by the author and courtesy Wertheim Village

Top row Frankfurt at dusk. Centre The bridge to Städel. Above left The European Central Bank headquarters at Willy-Brandt-Platz. Above right Window at Konplott, by Miranda Konstantinidou.

Frankfurt is every bit a business town, from its seemingly endless flow of convention groups to a monument dedicated to the almighty euro in the centre of a city park. However, many surprises await amid those modern business towers and older neighbourhoods that survived World War II, such as the genteel Westend. My address in town is the stately Steigenberger Frankfurter-Hof Hotel, which in some ways allows you to step back in time and spring forward in others. Though the hotel recently opened a state-of-the-art spa, public areas are lined with archival drawings, photos and object that reflect its storied history since 1867. There is also the wonderful Mr Carl, who has spent his entire professional adult life at the hotel, and approaches every task and query with genuine joy and a broad smile.

There are other examples of this make-yourself-at-home mentality running through town, ranging from the coffee-and-pastry shop Brot & Butter (attached to consummate European home store Manufactum) to upscale bistros like Margarete and Blumen, whose simple menus feature exquisitely prepared dishes with skrei (a Norwegian cod) adorned with fennel and artichokes and braised beef cheek with organic root vegetables, minus the major city pretense and attitude. Travellers looking for atmosphere, meanwhile, should not pass up an opportunity for lunch or coffee at the café inside the city’s main opera house.

Kleinmarkthalle, the year-round city farmers’ market, is not just a collection of produce stands and artisanal bakers and candy-makers. It is also a showcase for the city’s diversity. One landmark shop with a line stretching out of the door is Gref Völsings Rindswurst, opened in 1894 by a butcher who set out to meet the beef sausage demands of Frankfurt’s Jewish community. Other venues include Asia-Latino (Thai and South American specialties), Madan Indian Snacks, Persian & Asian Specialties, and Lebe Gesund Versand, whose two-stall venue features a nearly endless stream of samples. Their ram garlic-pesto spread and various tapenades are particularly spectacular.

The Sachsenhausen neighbourhood is another section of town where old-world flavour will bump up against and up-and-coming fashion designers, ateliers and emporiums. Brückenstraße is the principal shopping street, where one will see new trends taking shape in the artistic windows of shops like Frohe Ostern, This is Not a Dirndl (which recycles and transforms used Hausfrau frocks into of-the-moment silhouettes), and Designe, Kleine. Around the corner, one will find Affentor Bags, which goes a step beyond converting old clothes and scrap fabric into stylish purses and computer bags. The company institutes a training programme where unemployed people are trained with tailoring and crafting skills, and manufacture the bags sold in the stores and website.

From top, left to right Westend. The Alte Oper. The café inside the Opera House. Shopping at Affentor. Romerburg. At Manufactum. Inside Kleinmarkthalle. The surrealist-named This Is Not a Dirndl.

Upscale shopping can be found along the Göthestraße and the Freßgass (both close to the Alte Oper square), while major European chain stores and department stores can be explored along the bustling Zeil. All the big designer names can be found here, but also sprinkles of pure Frankfurt (such as Ebert’s Suppenstube or the Long Island Summer Lounge close to the Freßgass).

The city also enjoys a rich arts and culture scene, from the lovingly recreated Romerburg (the city hall during the Middle Ages), to its principal museums including the Museum für Moderne Kunst (modern art), the Frankfurt Art Association, the German Film Museum and the Städel Museum, touted as one of the leading art museums.

If you have visited the Anne Frank house in the past or are planning a trip there, a tour through Jewish Frankfurt is an essential experience that makes her story and her lasting legacy more complete. She is a native daughter of Frankfurt, which has a Jewish history that goes back hundreds of years. The cultural aspects of Jewish life, contributions of Jews to the city and historic figures can be explored at the traditional Jewish Museum, while the Judengasse goes about the 1,000-plus-year history from a more anthropological perspective. Walking tours, whether guided or self-guided on the West End, provide other clues including real insight to how she lived before the essential move to Amsterdam and her years of confinement in the Annex. Little plaques in the sidewalk, and on the house, provide moving testament to the community that was before World War II. •

When it comes to outlet shopping, Chic Outlet Shopping and Value Retail set high standards when it comes to blending colourful, geographically tailored shopping environments with an alluring mix of international and regional designer labels. Kildare Village, an hour outside Dublin and immediately outside the real town of Kildare, was so enjoyable and civilized it whetted my appetite for visits to other Chic Outlet Shopping complexes.

Over dinner at the Village at Lyons, in County Kildare, our small group of American writers broke bread with a large group of German travel journalists who hit the London-adjacent Bicester Village as well as Wertheim (Frankfurt), Ingolstadt (Munich) and Maasmechelen Village (Köln–Antwerp–Brussels). While we were rocking our finds from our Kildare Village expedition, we were a bit jealous of our colleagues who got to try them all out. During my recent four-day stay in Frankfurt, I took an afternoon to find out what the excitement was all about.

Although Wertheim Village, even by local accounts, is more Disneyland than old Germany architecturally, the day trip affords the traveller the opportunity travel from Frankfurt through the German countryside and spend a few hours in the real (and really picturesque) Wertheim and nearby wineries. Another reason is lunch the centre’s new Prime, a gastro-pub–steakhouse. While the chef keeps his recipes a closely guarded secret, visitors can enjoy regional takes on currywurst and pommes, Rostbratwurst (grilled sausages), Flammkuchen (Alsatian tart) and Rumpsteak (rump steak) paired with wines and beer from Wertheim and other parts of Germany.

Any shopper who loves discovering a new label or buying something cool not available at home will not want to miss its havens for chic bags, accessories and shoes (Liebeskind Berlin, Navyboot, Lloyd, Hanna White, Roeckl, G. K. Mayer, Marc), as well as clothing from favourite labels ranging from edgy (Belstaff, Schumacher, Strenesse, Basler) to casual classics (Ava Woman, Closed, Comma, Drykorn, Garcia, Hallhuber) to major European athletic and outdoor labels (Golfino, Salewa, Napapijri, Odlo and Bogner). If you are more home chef or baker than shopper, the mall has plenty to keep you occupied. Home kitchenware brands include WMF, Zwilling J. A. Henckels, Lambert, Möve and Villeroy & Bosh (which also have full-price retail stores in Frankfurt).

Top and above Wertheim Village. 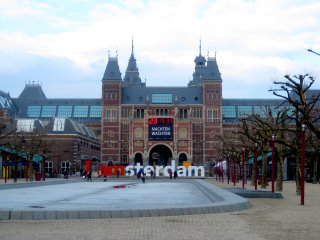 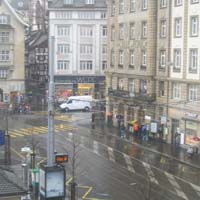