Tamara Madison is a correspondent for Lucire.

Joanna Startek began designing interior décor, but now, creating menswear, she has her sights set on the international market. Tamara Madison speaks with her

Fashion may not have always been the career goal for artist and designer, Joanna Startek, but, it certainly didn’t take her long to find her footing in the industry, especially with designing menswear. In fact, interior design was at the outset of her school studies. From home-upholstered décor to stylishly dressing the human body, when two diverse genres like these are entwined even in its subliminal form, something beautiful happens.

When it comes to thinking outside of the box, Startek’s unsullied approach to design is what sets her apart from the mainstream fashion mass. There’s a certain charm and continuity throughout her eponymous label. It’s a brand that shows the cultivation and fervour for innovation and luxury design.

‘When I started designing clothes, I became a spectator. I’ve never thought I would work on fashion, especially male fashion,’ Startek said. Whether her chosen path has been a marathon or sprint doesn’t seem to matter, because she takes it all in stride and savours every bit of the journey.

But, there’s no fashion magic in the development process! Influence from her personal photographs, short films, and even attending trade fairs in Paris have resulted as influence and motivation for collections. Although, her secret elements to designing a well respected line of menswear seem to all have to do with her fashion surveillance.

‘I am an observer, and I’m inspired by many things around me. To be the best, I need to connect all of the impulses around me and show it as a collection,’ Startek said.

She unveiled her collection, Once Upon a Time in 2012 during Fashion Philosophy, the fashion week in Poland. The alumna from the Academy of Fine Arts in Łódź has proven that where there is a will (a stylishly unconventional one that is), there is a way to break into the fashion industry successfully and with a new pair of running trainers.

In her spring–summer 2014 collection, UN-Real, Startek used high quality fabrics and natural textiles, including cotton, wool, and leather. Crisp seam lines and simple yet striking contrasts of grey, black, white, and navy were showcased in the line. There are long-belted coats and sleeveless shirts with small details that give you a bit of revelation to the collection concept. Matching suit options are teamed with shorts or city jackets, some even printed with the collection title. All pieces are very wearable.

Startek has managed to get her feet wet in the proper track and field with gleaming options for a bright future. Her collection of menswear garments take on a fashion traction of their own, providing a fresh outlook on urban sportswear. Every piece created falls under the aspiration of the brand. She has a theory of producing new classics that are functional but with an element of surprise.

She produces clothing suitable for men that are distinct in their dressing and openly welcome original style. So, it’s no surprise that the designer wants to see Pharrell Williams don some of her pieces. ‘I like his style and personality,’ Startek said.

Designing is a full-time job, and learning just comes with the territory. So, what words of wisdom would Startek give to an aspiring designer? ‘They should be [hard-working] and up to date with trends and everything around them, because fashion is something more than only shirts and jackets. It’s a way of living,’ the designer claimed. Not bad advice for a former interior design pupil who inadvertently started fashion designing.

At the moment, she’s currently working on a new collection for spring–summer 2015 and has plans to expand her brand. ‘I would like to sell my products globally, and I’ve started working in this direction. Now, I am thinking about London,’ Startek said.

Be sure to keep a watchful eye for her next round of menswear in the coming seasons. • 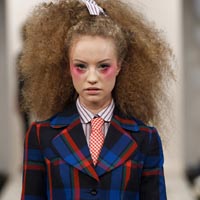 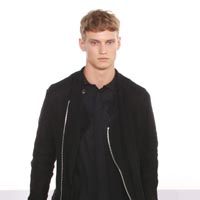 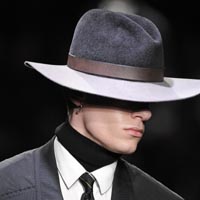