LIVING Rapper and actress Awkwafina plays Peik Lin in the summer hit Crazy Rich Asians. We sit down with her to ask about her experiences on the film, whether she saw any real-life crazy rich Asians, and what it was like working with Constance Wu and director Jon M. Chu
Photographed by Sanja Bucko

What drew you to Crazy Rich Asians?

I was a huge fan of the novel by Kevin Kwan. Even before reading it, I glimpsed the cover at an airport bookstore and was instantly drawn to it. It’s an important story, both in the way that Asians and Asian-Americans take centre-stage, and in the way it’s a universal story that anyone, anywhere in the world, can relate to.

When this amazing opportunity came to my manager’s office, I told him, ‘I don’t care what it takes, I need to be a part of this movie.’ I got into the room and auditioned for it—and even then, I knew what it meant to be working on this film.

Being cast as Peik Lin was a little daunting, at first. When the casting was announced, I heard from a lot of fans of the book, who were excited about me playing the character. But at the same time, I wondered if they already had an image of Peik Lin in their minds. Eventually, I decided that however they envisioned the character from the book, it would complement the way I’m playing her.

What is Peik Lin’s most distinctive trait, and how does she fit into the world depicted in the film?

She’s rich, but a different kind of rich than many of the other characters we meet. Peik Lin is nouveau riche, which makes her and her family more relatable. She wears crazy stuff and drives a hot pink Audi, and her parents own a gold Bentley. So, Peik Lin is pretty much living like a rapper [laughs]. She’s really going for it. I think audiences will like her many offbeat qualities—she’s a little crazy, but in a fun way.

I also loved how Peik Lin is the best friend that will always be there for you and will help you and won’t see you for anything other than who you are. That’s what’s so special about her and her family. They don’t judge in the same way that some of the other characters do.

What was it like to work opposite Constance Wu, who plays Peik Lin’s best friend Rachel Chu?

Constance is an incredible actress and it was a joy playing opposite and learning from her. We didn’t know each other when we met, but we made an instant connection. We just “got” each other, had similar mindsets about many things, and became really good friends. Without that dynamic, it would have been difficult for the Rachel–Peik Lin storyline to work.

Does that kind of comfort level facilitate improvisational work?

Oh yeah. Jon [M. Chu] is a very special director in that he really trusts his actors. That trust really helped me. Jon always had us do a take where we would try some improvisational stuff. He is the kind of director that if it’s off-book, it can look even more natural. That’s very important to me. Several of those takes made it into the film. I remember watching a specific take and thinking, ‘Oh, that’s in the movie? That’s awesome.’

I’d never been to southeast Asia. When you travel to Asia, you realize that the world is bigger than we think it is. In Asia, no one knows who I am. So, I felt a little lost there, in a sense, but in a good way because it humbled me. I was also thinking, I am working in Asia and I have some purpose here that I have never had before, which was an incredible feeling.

We filmed in insane locations, including in the Sultan of Malaysia’s old palace, which is now a museum. Peik Lin’s closet was once the Sultan’s closet—isn’t that crazy?! My closet at home is held together by duct tape.

There were lots of newspaper stories about us while we were filming in Singapore, which made me feel like we were a part of something bigger than a movie. Sometimes, when you’re working hard on a movie, you feel like you just want to fall into your hotel bed, but it was the opposite for me on this one.

Did you observe any level of “crazy rich” wealth while you were filming in Singapore?

I know that few people in the United States own a Bentley and even fewer in Asia, because it probably costs double to get one over there. But in Singapore I saw more than a few people casually driving a Bentley, and that’s crazy. The level of wealth there is sometimes very flagrant. So, most people will definitely feel broke amidst all that money. I was, for sure.

Was it difficult to leave when you wrapped production on Crazy Rich Asians?

Actually, I didn’t mentally leave the cast, crew and production, even when I got back to the States. It was one of those movies that become part of your skin. And I don’t think I have done a movie that became a part of me in such a strong way.

What do you hope audiences all over the world take away from Crazy Rich Asians when they see it in cinemas beginning this summer?

I think this movie is going to be an important one for my generation and community. To be a part of it feels incredible!

Audiences can look forward to romance, laughs … my hair [laughs]. You can even bring the kids. 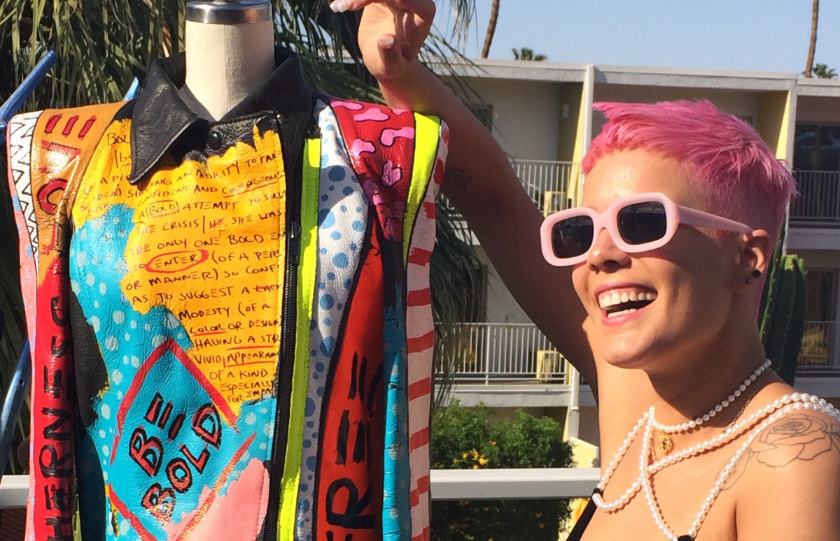 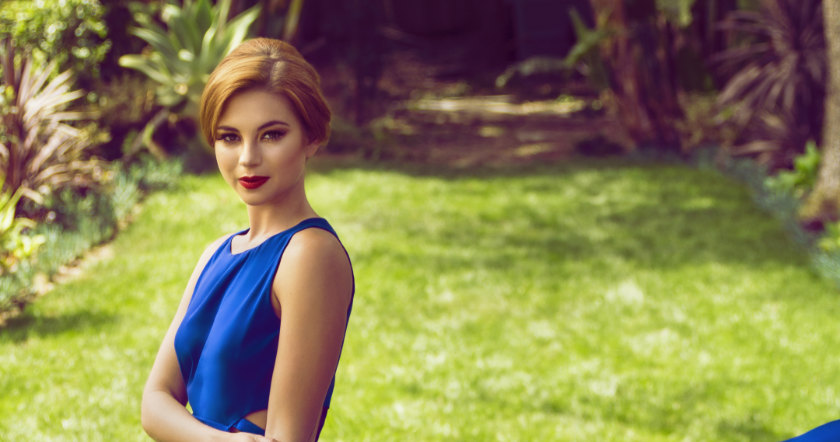