FASHION Wolf & Bear Collective has gained a loyal following in its first year, with a story that resonates alongside a mission to care for our planet, writes Jack Yan
From the December 2019 issue of Lucire KSA

Vanessa Wakeman and Harry Parker are the duo behind Wolf & Bear Collective, a label based in Sydney, New South Wales, Australia that has quickly earned a loyal following in a little over a year.

Producing T-shirts, crews and hoodies, Wolf & Bear Collective differentiates itself not just through its high-impact designs, or its commitment to socially responsible ideas, but through its story-telling—all going beyond sticking on a mere logo.

Casual items like T-shirts and hoodies risk being seen as commodities without a strong brand, and Wakeman and Parker—a couple in their personal lives as well as their professional ones—have managed to do this, even if neither of them set out to initially.

When they first met in 2017, ‘we discovered we both have a deep seeded passion for the environment and exploring how we can bring awareness to the world on current global problems,’ they told Lucire in a written reply. ‘We asked the questions, how can we make an effort to reduce waste and keep the Earth clean for all living things? Then in turn, how can we make this notion achievable for everyone?’

They headed to the Wombeyan Caves—distinctive caves in New South Wales that have formed from marble, and which serve as a reserve for endangered species—on their first trip away together. ‘Over a campfire under the moonlight we got to know each other vicariously through our interpretation of spirit animals and what they mean to us. Effectively, this chat was the inception of the Wolf & Bear and absolutely felt right.’ Wakeman is the wolf, and Parker is the bear, each with their unique personality: Wakeman describes herself as ‘fierce, protective, wild, unpredictable, family-oriented’, while Parker is ‘playful, curious, protective, fierce, loyal.’

They continue, ‘The setting was perfect because we didn’t have everyday life distractions: it was just the two of us out in the wilderness and we were comfortable to reveal our minds to each other and falling more and more in love with every sentence. We also both recall only having the bare necessities; no mattress, no cooking utensils and having to share our campground with many kangaroos and a lace monitor [a large Australian lizard that can reach up to 2 m in length]! An extremely raw experience in more ways than one!’

They began researching cultures that held the wolf and bear in high regard, and came across Nordic runes, which they built into the Wolf & Bear Collective branding. Travelling to England, they shared their idea and concept of an ethical clothing brand with their family and friends, leading to what they describe as an ‘overwhelming response.’

The first items were screen-printed on old T-shirts they already owned, and they liked the results. They also knew the items they would sell would be unisex (giving the example of the girlfriend borrowing her boyfriend’s T-shirts).

They set up a website and social media channels, and discovered that people were drawn to their story. They followed up with a store at Sydney’s Bondi Markets, where shoppers could see the clothing first-hand and, through that, engage with them over the topic of environmental awareness.

‘If we were then to fast forward a year on, the inspiration of Wolf & Bear Collective is to establish a group of Earth-minded people, who value the ways of creating and sustaining a waste-free life. That’s why we say we’re a clothing brand that is a little “extra”, because wearing a Wolf & Bear T shows people that you identify with these core values. Basically, if everyone can make a small change, that alone will have a positive impact on our planet.’

From that, the Wolf & Bear Collective messaging is very consistent. They paint a picture of the great outdoors, with clothing to suit all seasons. On their website and social media presences are stories on travel, how to live the life they espouse, how to bring the outdoors into your home, making hand-made gifts for the holidays, and recipes for a coffee body scrub and a guava and yoghurt face mask—who needs the chemicals and micro-plastics of mass-market brands when you can do it yourself with natural ingredients that are just as effective?

They are also realistic. People are bombarded regularly with messages about the state of the planet, and it is often easy to become resigned to major global issues such as rising temperatures. Politicians attend conferences but often it feels as though there are few tangible outcomes. But as Wakeman and Parker put it, ‘A lot of people’s misconceptions about living a sustainable lifestyle is that it comes with a huge change to their existing habits. However, what we found through researching other environmentally friendly businesses was that it is possible, and the more this is practised, the more this attitude will become the norm.

‘We want the “pack” to understand that the Wolf & Bear are two everyday people with a vision that everyone can do their bit for the planet, big or small. We truly believe that knowledge is power, so whatever knowledge we have we want to share.’ Some simple examples they give are: ‘lessening water and electricity usage, mending old clothes, recycling glass, cans and plastic at the bottle bank, walking instead of driving, and lessening the amount of food bought with plastic packaging are small easy things we can all do!’

It’s this combination that has seen Wolf & Bear attract its fans who find their engagement refreshing in a world of overly manufactured brand-building. And they hope that even those who might not be predisposed to helping the planet initially would come round.

Neither has come to the business unprepared. Wakeman says, ‘I’ve had a strong background in sales and customer management, having worked in wholesale for two of the largest sporting companies in the world which spanned over 10 years. My path to get there came from studying a bachelor of business, majoring in sport management. Sprinkled in between has been quite a successful modelling and commercial acting career. Both of which have allowed me to travel the world, meet a lot of influential people and help me to carve out what it is that I am passionate about.’

Parker adds, ‘My journey began in design and business, which started from a young age. Having always worked on building sites, I then moved to Liverpool to study architecture at university. When I finished my degree in 2015, I moved to Australia from the UK and began a career in acting and modelling, whilst still constantly fuelling my passion for design along the way. Through this, I have been able to meet and connect with like-minded people who are also passionate about making positive change for our planet.’

They were careful to choose ethical suppliers, and to practise what they preach: ‘We are extremely proud that our fabrics are 90 to 100 per cent cotton, and are outsourced from an international company that [is] extremely transparent around their employees’ high working standards. We use recycled cotton neck labels, our inks are water-based and our packaging is 100 per cent recyclable or compostable, all of which are made in Australia.’ They believe there is still room for improvement and target a zero-impact goal.

The designs themselves are not overly swayed by current trends, as Wolf & Bear aims to be true to its values, though thanks to an agile design approach, they can still create ‘eye-catching designs in a relatively quick-to-market way.

‘We brainstorm by stripping an idea right down to its origin and use descriptive words to convey a certain feeling we hope the “pack” get when they put on Wolf & Bear clothing. For example, our current collection is called Brave + Bold so we use oversized lettering, symbols and images to create the emotion of fierceness.’

The brand has already resonated with two women who have become their official ambassadors: Elise Kellett (Instagram @elise_project), a 28-year-old influencer who volunteers with a children’s foundation, and designs her own accessories; and Danni Parr, also 28, from Devon, England, and a sustainability advocate. Also among their fans are married couple Mark and Laural Furze—Laural may be familiar to Lucire readers under her maiden name Barrett, having appeared in issues 24 and 33 in New Zealand—who recently modelled in a shoot for them. Mark is a veteran of Australian soap opera Home & Away, while Laural is a singer and fitness coach who had once been crowned Miss Universe New Zealand.

‘Mark and Laural have been friends of mine for a long time,’ says Wakeman. ‘Since moving back to Australia, I knew that they would represent our brand perfectly, not just because they’re both intelligent, motivational, ambitious and not to mention good-looking people, but their values on veganism, saving stray animals and their strong connection with the Earth.

‘We had an awesome day at their apartment on the northern beaches of Sydney, chatting and taking photos in between all the laughs! Definitely look out for more collaborations between us which will be coming soon!’ •

Wolf & Bear Collective can be found at www.wolfbearcollective.com. 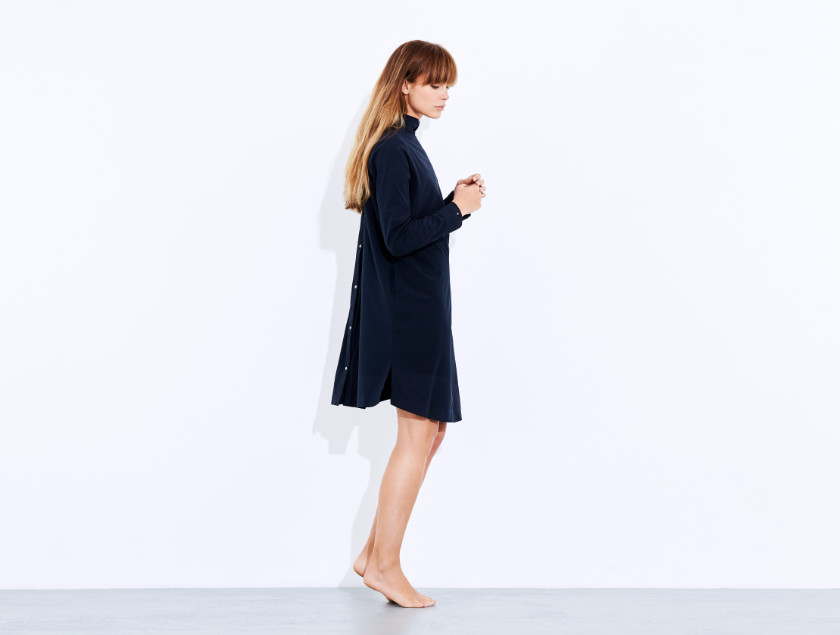 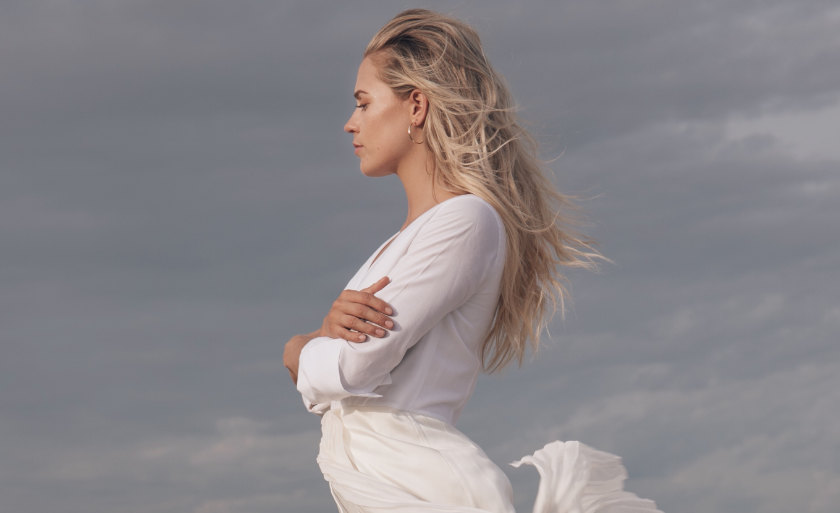