Lola Saab looks back at this year’s Sundance Film Festival, from the premières to the celebrity lounges and parties

January marks a time for a much awaited annual event that takes place in the heart of the cool Utah air: the Sundance Film Festival. Park City, located near the centre of the beautiful surrounding mountains, is recognized for its stunning views and fabulous ski location. The town is now best known for celebrating attendants’ adoration for film, at a festival indisputably considered the most important in the country.

The Sundance Film Festival is a platform for young and talented film personalities to shimmer and shine on the big screen. Numerous awards were presented to a few directors for their films or documentaries in a number of categories, including the following.

Looking at more detailed statistics, there were 121 feature-length films out of a total of 12,218 submissions. The selected features represented 37 countries, underlining international cinematographic talent.

Various personalities who presented the awards included Felicity Huffman and Tracy Chapman. There were filmmakers on-sited uring their première, including New Zealand filmmakers Taika Waititi and Jemaine Clement. who added a bit of “fang” to their slightly spooky, yet ever-so-comic film, What We Do in the Shadows, set in Wellington. Clement and Waititi not only directed the film, but they wrote it and starred in it, providing viewers with a fun take on vampires that try to adapt to everyday life while struggling to comprehend their surrounding society. Both directors perfectly mix thrilling horror with humour introducing viewers with a mock-doc midnight première.

The Sundance Film Festival is also recognized for its relaxing environment that allows invitees to delve into a universe of new products. In and around Main Street is where it all happens, from Kari Feinstein’s Style Lounge to the Independent Filmmaker Lounge.

Kari Feinstein’s Style Lounge
Kari Feinstein’s Style Lounge introduced top VIPs and celebrities with the must-haves in jewellery, electronics, cosmetics and much more throughout a three-day event. Before delving into the specifics that were the highlight at the lounge, sponsors included: Khombu Footwear, Bites of Love, AMI Clubwear, Airblaster, Dragonfyre Apothecary, Lib Tech–GNU Snowboards, Celebration by Street Works, Blingsting, Lynx Live, Coppertone and many more that presented high-end elegance for stars to relaxingly indulge in.

Khombu Footwear, whose name derives from the Khombu Valley located beneath Mt Everest, provided guests with pieces to wear in the blistering cold. The brand was founded in 1969 and continues to offer clients with high-end quality and sporty luxury.

Women are usually advised to carry pepper spray to protect themselves from unwanted outcomes: however, this time it can be luxuriously packed away thanks to Blingsting’s collection. With a dab of sparkly bling, the brand makes a street-smart product a fashionable must-have for any woman who is prepared to conquer the night.

Protecting oneself from the cold of the day is one thing, but ensuring the skin is protected from the strong sunlight is another, thanks to Coppertone. Sunscreen sprays and lotions are available for the whole family to protect their skin.

However, the lounge’s most inventive item is the DJI Phantom 2 aerial drone camera. Celebrities could enjoy a futuristic flight, ready to snap away.

Independent Filmmaker Lounge
The Indie Filmmaker Lounge was developed as recently as 2010, quickly becoming a popular destination for Sundance Film Festival-goers. The Power and Industry’s Independent Filmmaker Lounge was spread out throughout a four-day period allowing almost 2,000 people to mix and mingle away from the hustle-and-bustle of the blusteringly cold Park City streets. From entertainment to gourmet deliciousness, there is one thing on everyone’s mind: the Sundance Film Festival’s film discoveries of the season.


The American Society of Composers and Publishers (ASCAP)

The Sundance Film Festival is not only about the phenomenal films that will dominate the big screen, it is also a celebration of the music that resonates in films. The ASCAP Music Café is centre-stage for numerous performers prepared to reveal their musical talent. The programme, which is produced by the American Society of Composers, Authors and Publishers (ASCAP) and sponsored by Acura, permits film lovers to appreciate good music of different styles under one spotlight. On January 22, ASCAP hosted an official cocktail reception for composers, filmmakers and other invitees to raise a glass to music and film. • 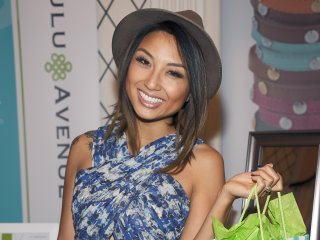 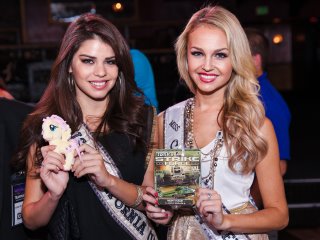 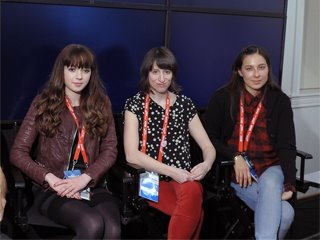 Lights on Park City
Lucire returns to the Sundance Film Festival, the first time since 2004. Lola Saab reports on the event’s festivities