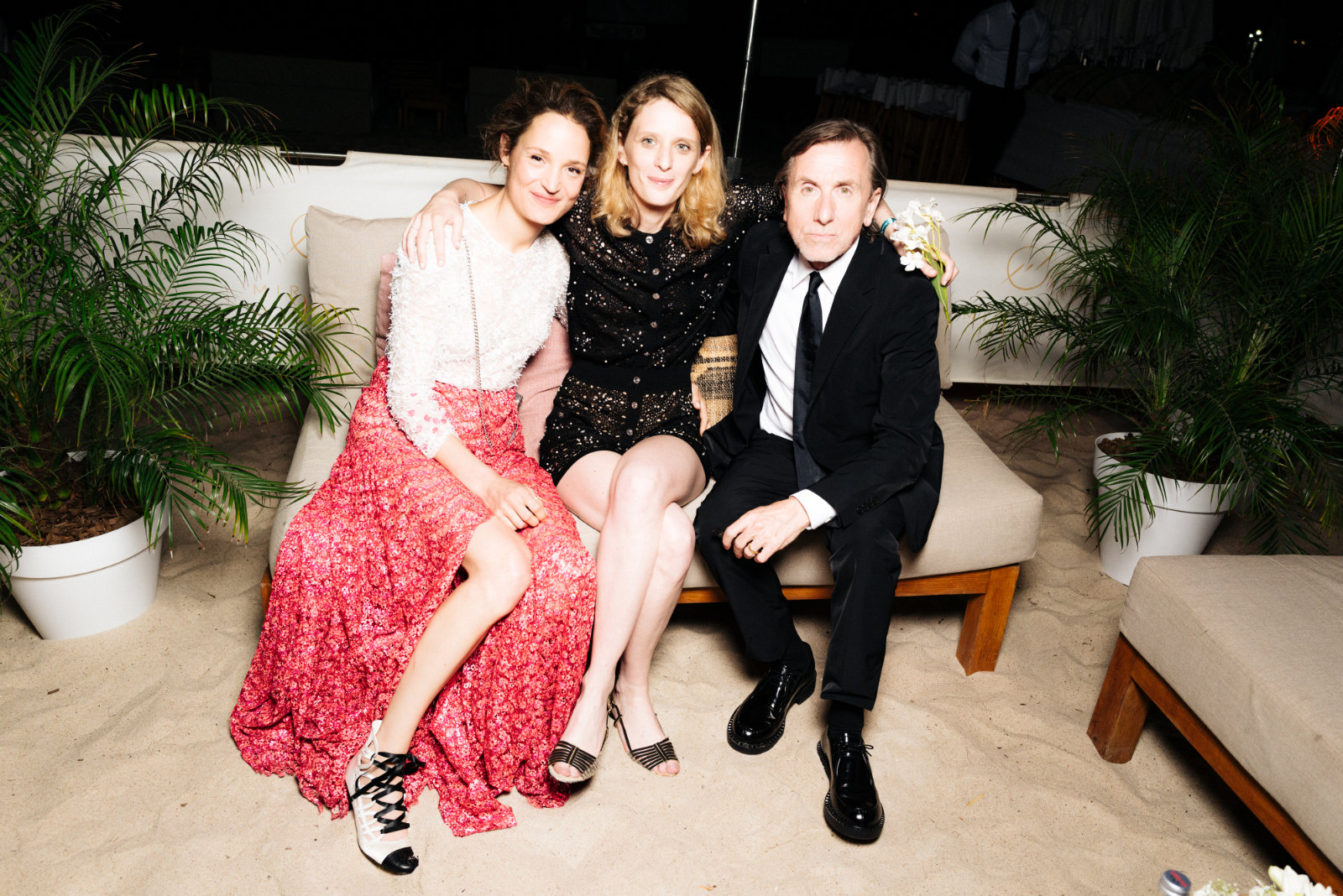 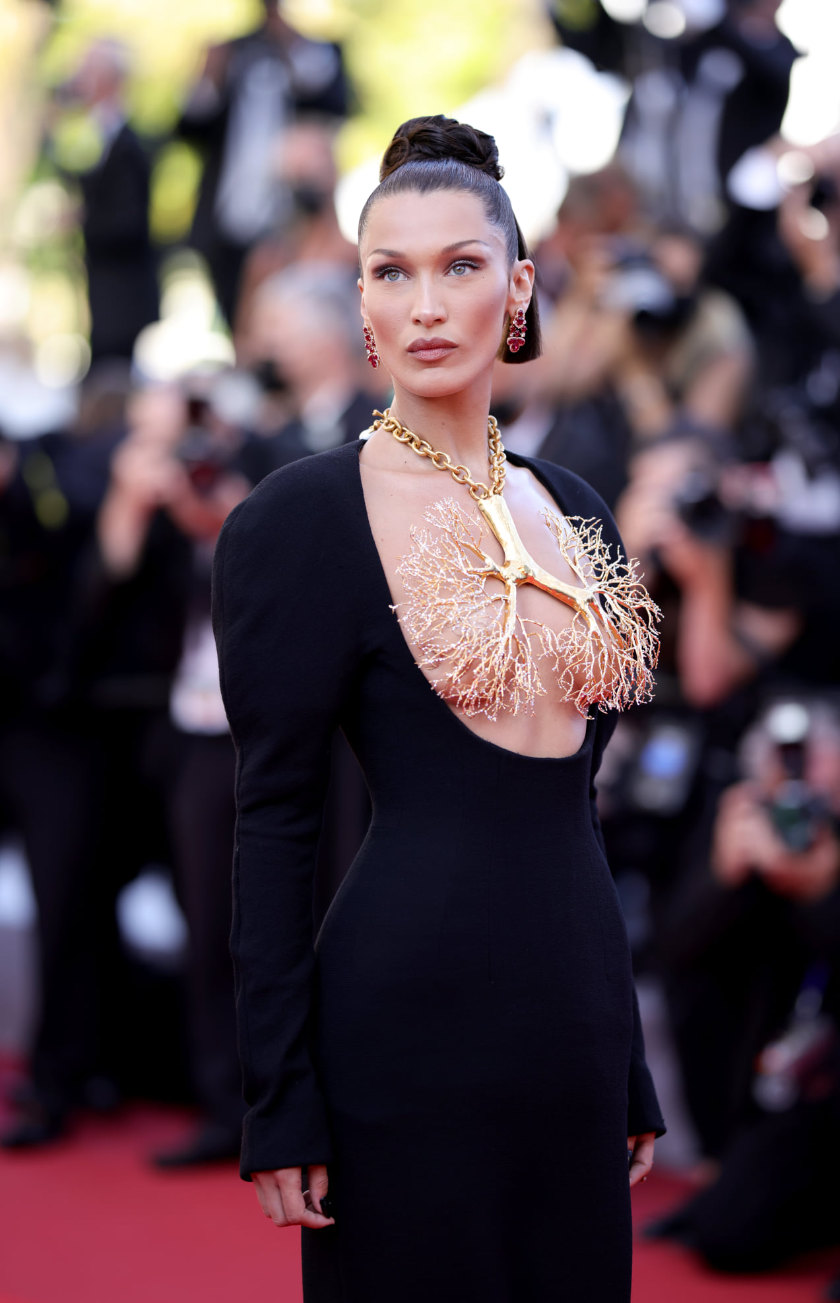 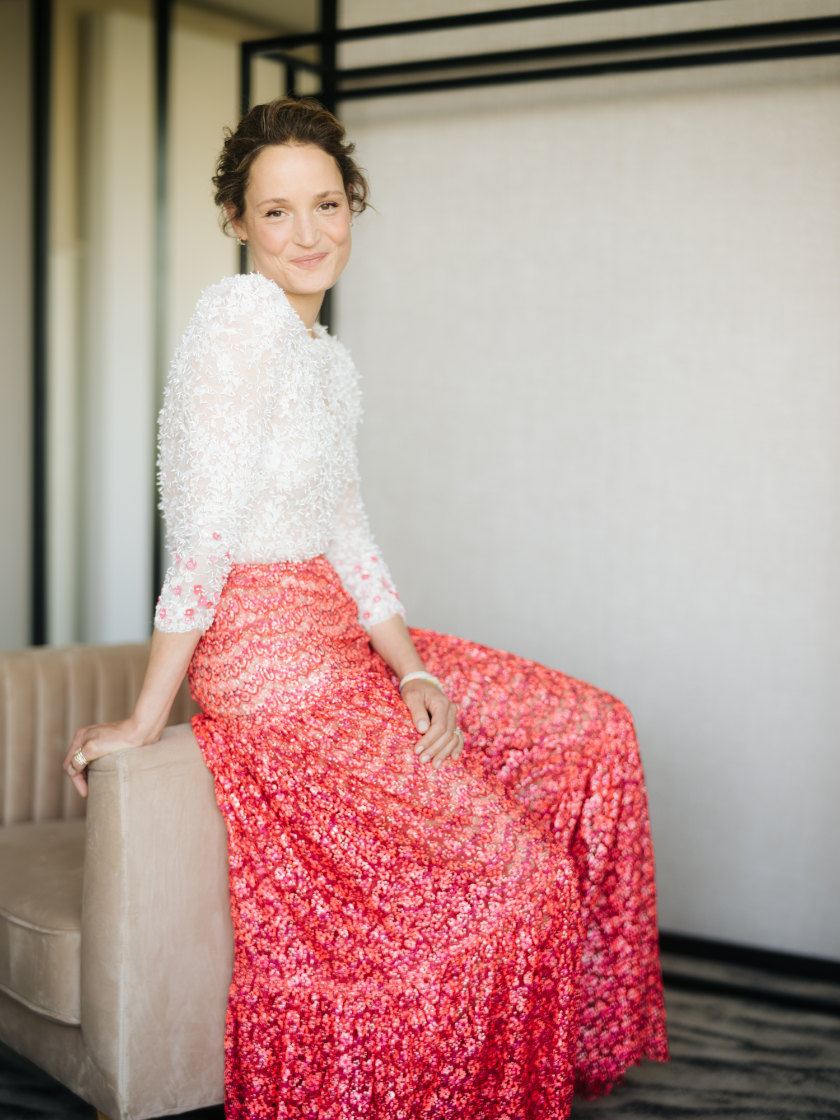 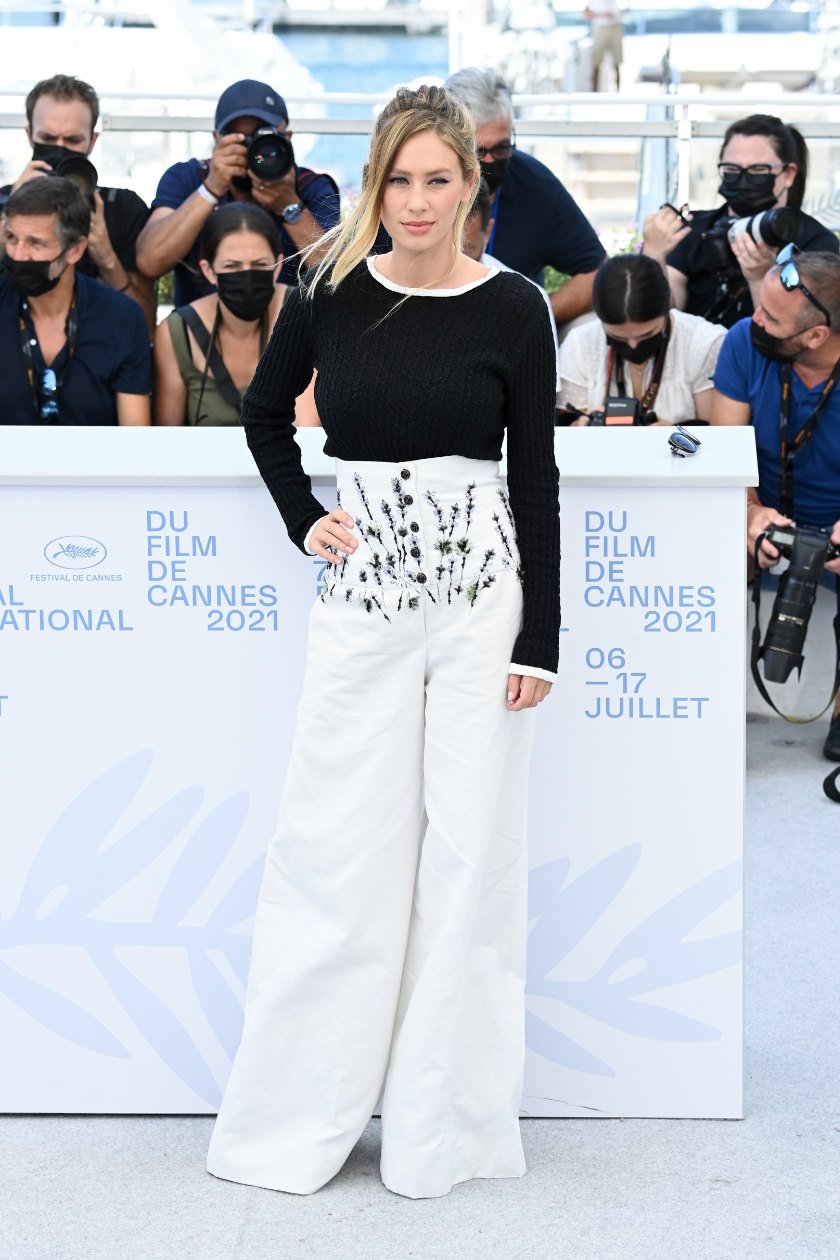 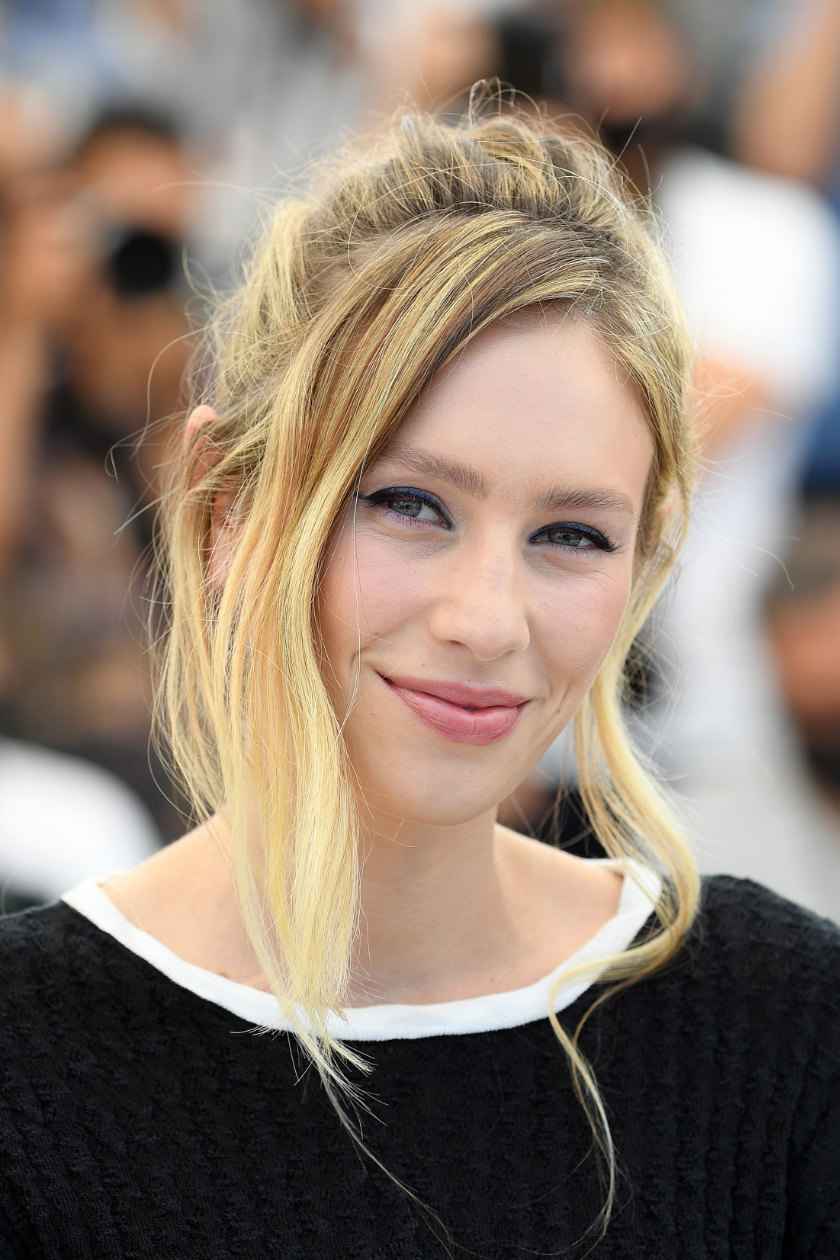 Arguably, Bella Hadid stole the show in a Schiaparelli haute couture autumn–winter 2021–2 dress, designed by Daniel Roseberry, at the première of Tre Piani on day six of the Cannes Film Festival. The wool crêpe dress featured a low-cut neckline, and Hadid complemented it with a gilded brass necklace with trompe l’œil lungs, adorned with rhinestones.
The Luxembourgeoise actress Vicky Krieps, star of Mia Hansen-Løve’s Bergman Island, is a fan of Chanel, wearing designs from the spring–summer 2021 haute couture collection at the film’s première. Krieps herself was wary of the front row but had been invited to a Chanel show with a handwritten note from Karl Lagerfeld, according to WWD. Lagerfeld, as it turned out, was a fan of Krieps, and the two met post-show.
Krieps’s co-star Tim Roth wore a Prada dinner suit and brushed leather shoes; he similarly wore Prada at the photo call. Melissa George chose a gown from the Christian Dior haute couture spring–summer 2020 collection.
During the day, Dylan Penn also chose from Chanel, wearing a pullover and trousers from the cruise 2021–2 collection at the photo call for Flag Day. 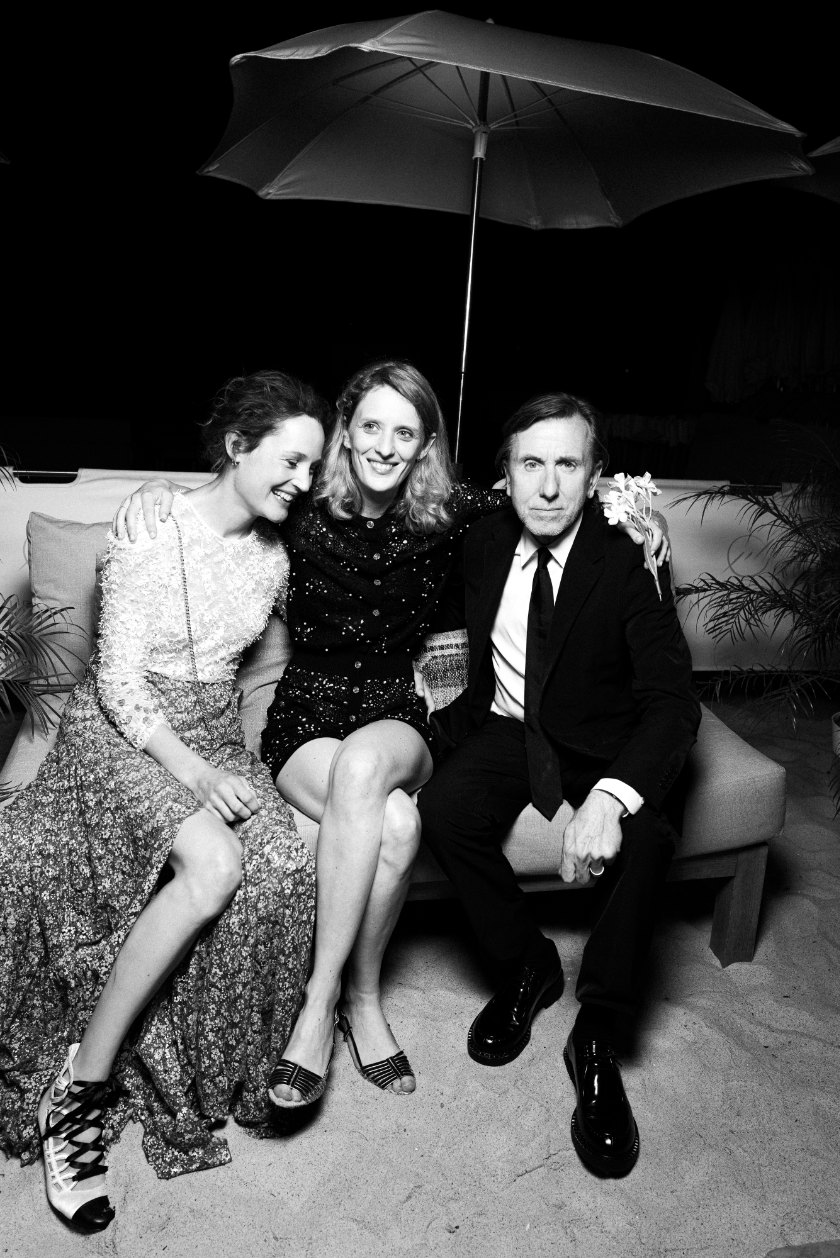 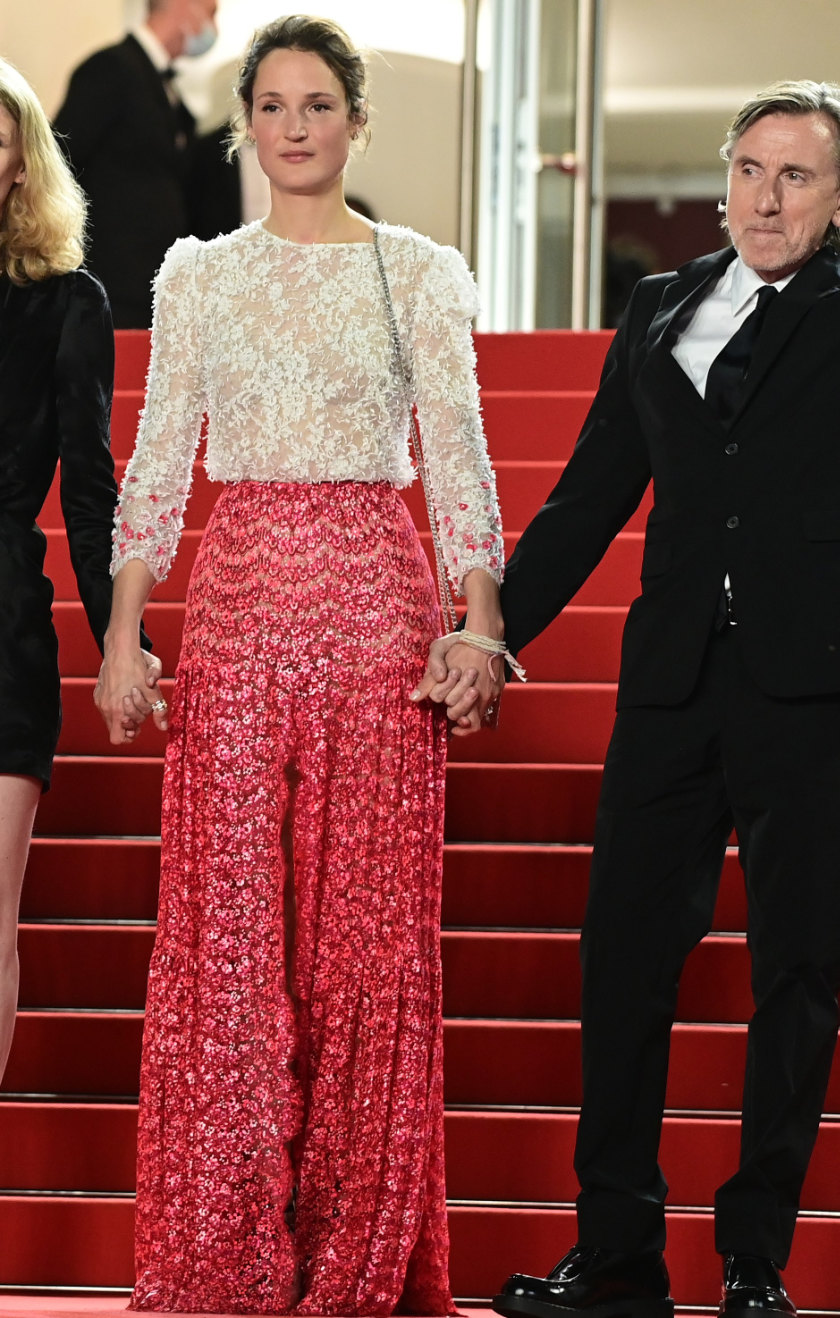 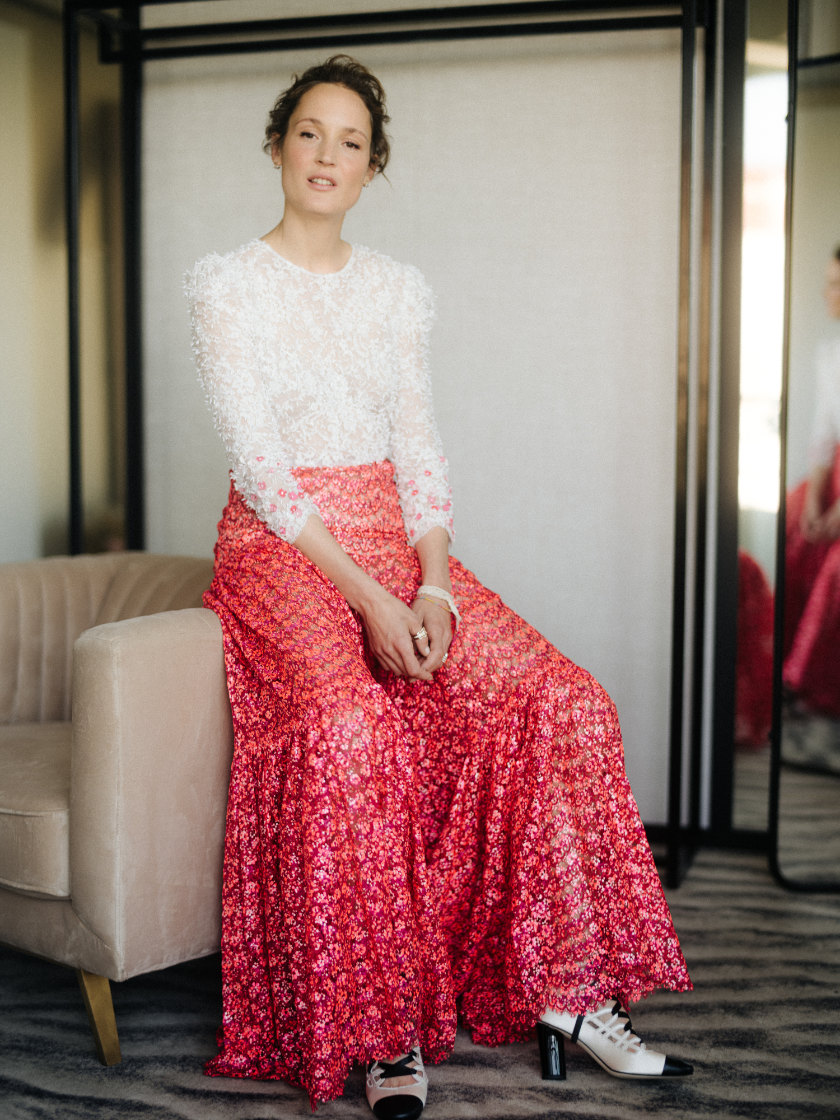 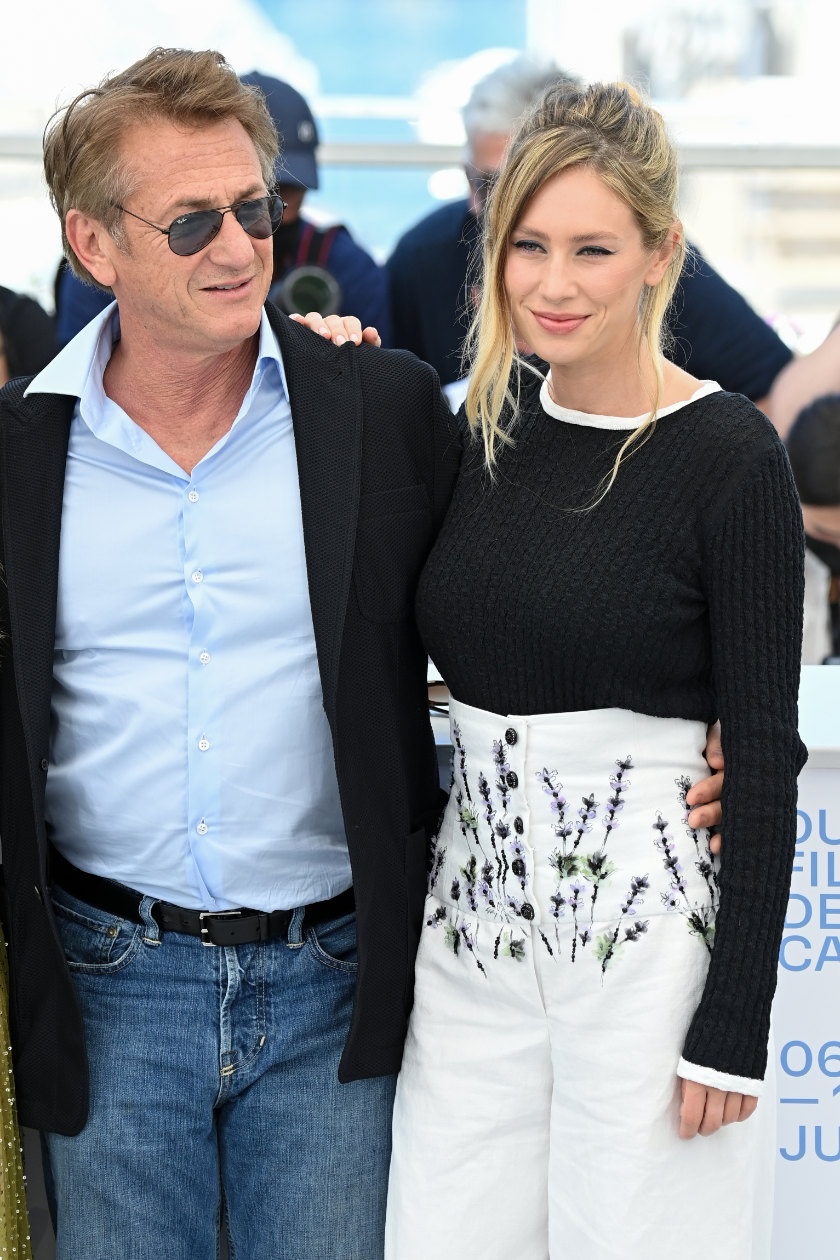