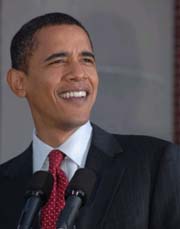 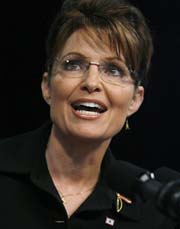 Above: Sen. Barack Obama and Gov. Sarah Palin. On the experience question, Sen. Obama had it easy with the American media. And no one questioned whether any of the men vying for the top two executive spots in the United States would be a ﬁt father by pursuing his career.

It has been fascinating to see the difference between nations on how Gov. Sarah Palin of Alaska, the vice-presidential nominee for the Republican Party, has been covered in the media. Down Under, there is opposition, at least in general conversation, to Gov. Palin’s conservatism, which is ﬁne: New Zealand, for instance, is a relatively liberal country. While some in the United States have rightly gone on the offensive against Gov. Palin on her political stance and viewpoints, as one should expect in a free and participatory democracy, there are equally attacks on her for being a woman or being inexperienced.
Seeing it through antipodean eyes, these are not convincing. In New Zealand, where two consecutive female prime ministers have held ofﬁce, there was never any question whether a woman could balance family life with politics. It is accepted that she can. No man, after all, is ever held to account on whether he can be a good father and a politician.
At one point, women held the top jobs representing the executive, legislature and judiciary here: the Governor-General, Prime Minister and Chief Justice were all female. I do not recall any discussion about their abilities to balance family and career.
While the current PM and her husband have chosen not to have children, no one questions Helen Clark on whether she is a good wife.
To see this type of question emerge continually in the political debate in the US makes one wonder.
America has not lost its standing in the world because of President George W. Bush. America has lost its standing in the world because of institutions, such as its mainstream media, treating the public, domestic and foreign, as stupid. (We’ll leave the ?nancial establishment for another day.) I have to say that many colleagues in non-American media have happily and unquestioningly hopped on the bandwagon.
Sen. Barack Obama was spared the questions about his experience by the media at large. Only his rival during the primaries, Sen. Hillary Clinton, went after his relative inexperience. I said at the time that I did not support Sen. Clinton’s attacks. I pointed out that Sen. Obama had had more years in elected public service than she did (eleven versus eight), albeit for smaller populations.
Gov. Sarah Palin, if the media were fair in their evaluation, should have been given the same defence. However, the media and satirists have been brutal in their condemnation, saying that experience, in particular on foreign policy—something that Sen. Obama lacks, too—does not emerge from living in a nation bordered by two others.
I argue not against the substance of the criticism, but against what is clearly a slanted treatment of this candidate.
Gov. Palin has had 16 years’ elected service, again for small groups of people, numbering fewer than what Sen. Obama confronted in Illinois and in the US Senate.
Alaska might have only 600,000 people but it is the largest by land area. This is the sort of argument New Zealand politicians make on their self-importance and why we need 120 MPs: we may have only four million, but governing over people so spread out isn’t easy.
I don’t necessarily agree with that, but it’s still something that the American media have neglected to raise when they are busily attacking the Alaskan governor.
No one in this race has “experience” of the roles they seek. No one among the main four contenders has been a vice-president or a president before. That has not created these criticisms in recent memory.
As the debate between Gov. Palin and her rival, Sen. Joe Biden, begins tonight in the US, one only hopes that it will get to the substance. The Republicans and Democrats are opposed on so many things and in some respects, Gov. Palin is a divisive ﬁgure. But the American media’s sexist performance of late does not give me much conﬁdence in the fairness of their post-debate evaluation.