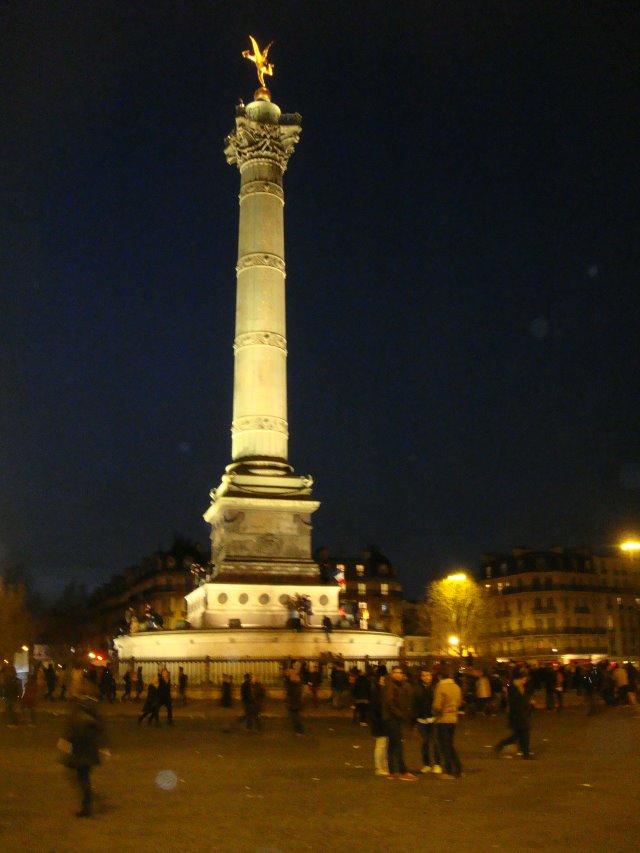 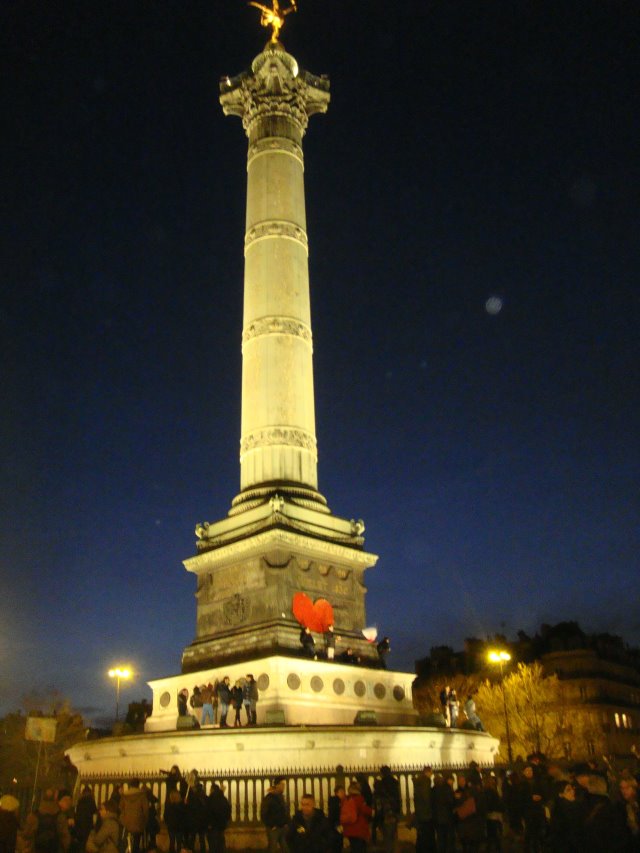 The March for Unity that took place today in Paris was announced as the largest demonstration in the history of France, with an estimated 1·5 million to 2 million on the capital’s streets. The interior ministry believes that there had not been so many since the liberation of Paris in August 1944. A number of people from around the world, politicians and celebrities walked the streets throughout the afternoon.
Lucire’s Paris editor Lola Cristall took these photographs as she joined others to commemorate and celebrate the victims of Paris’s terror attacks last week.
The deaths included staff at the satirical Charlie Hebdo, where cartoonists Charb, Cabu, Tignous et Wolinski (the pen names for Stéphane Charbonnier, who was also editor, Jean Cabut, Bernard Verlhac and Georges Wolinski) and police officers Franck Brinsolaro and Ahmed Merabat were slain in a massacre on Wednesday. Police officer Clarissa Jean-Philippe was killed the following day in a related attack, and four civilians were killed in a siege on Friday.
‘While my domain is predominantly the luxury and entertainment sector, the pictures might be of interest to some people to see how so many came together in the city to support the innocent journalists, artists and victims,’ said Cristall.
‘The city is coming together as one. They were phenomenal artists,’ she added.
Those in the march chanted, ‘On est tous Charlie’ (‘We are all Charlie’) and ‘Charlie Charlie Charlie,’ holding up banners and placards, reading everything from ‘Je suis Charlie’ (‘I am Charlie’), which began trending on the day of the massacre on Tumblr and other social media, and ‘Nous sommes Charlie’ (‘We are Charlie’) to ‘Je suis Muslim’ (‘I am Muslim’). French flags, hearts and Charlie Hebdo covers were also seen in the march.
World leaders also participated in the march, including French president François Hollande, HM Queen Rania of Jordan, German chancellor Angela Merkel, Spanish prime minister Mariano Rajoy, Palestinian president Mahmoud Abbas, Israeli prime minister Binyamin Netanyahu, British prime minister David Cameron, Malian president Ibrahim Boubacar Këita, Polish prime minister Ewa Kopacz, Turkish prime minister Ahmet Davutoglu, and Ukrainian president Petro Poroshenko. Russian foreign minister Sergei Lavrov, Egyptian foreign minister Sameh Shoukry, US attorney-general Eric Holder, European Council president Donald Tusk, and UK opposition leader Ed Miliband were also present.
Reporters sans frontières were critical of the presence of Davutoglu and Shoukry, as their countries had restricted press freedoms.
Public transport was free in Paris to discourage private car use for the march.
Earlier in the week, Jean Paul Gaultier and his staff posed for a photograph where they held up ‘Je suis Charlie’ print-outs, showing unity with the fallen journalists.

Above Jean Paul Gaultier and his staff with ‘Je suis Charlie’ banners, showing solidarity with the fallen at the massacre at Charlie Hebdo. Below More scenes from Paris on Friday and during the March for Unity on Sunday. 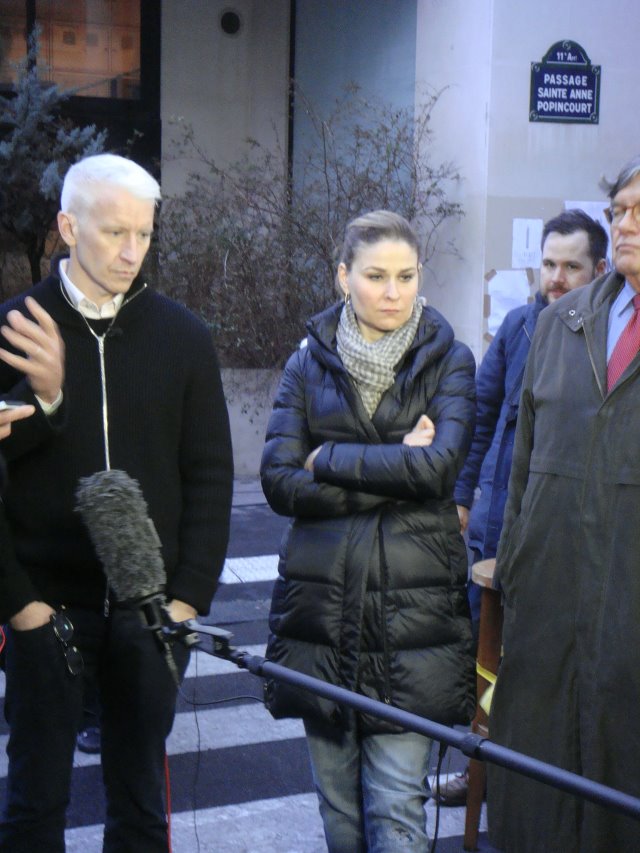 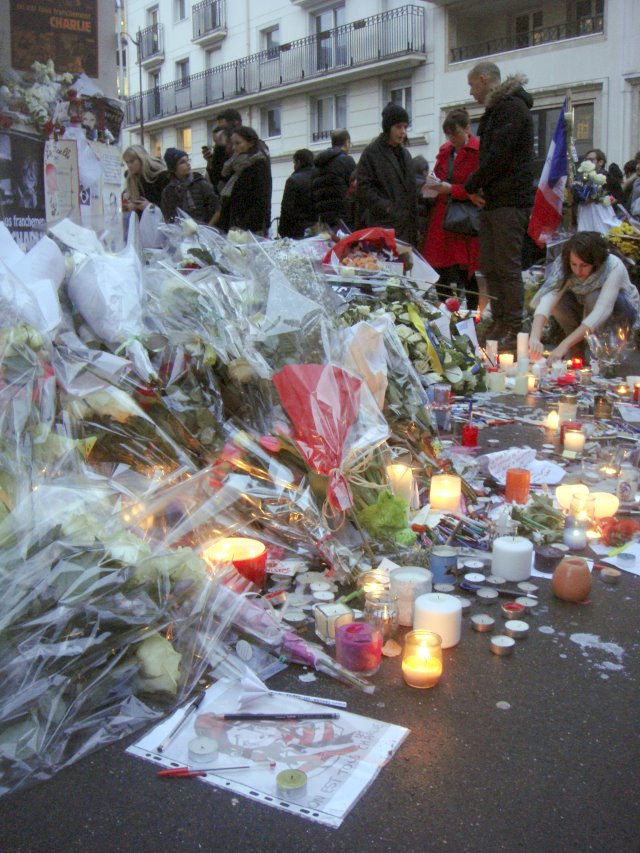 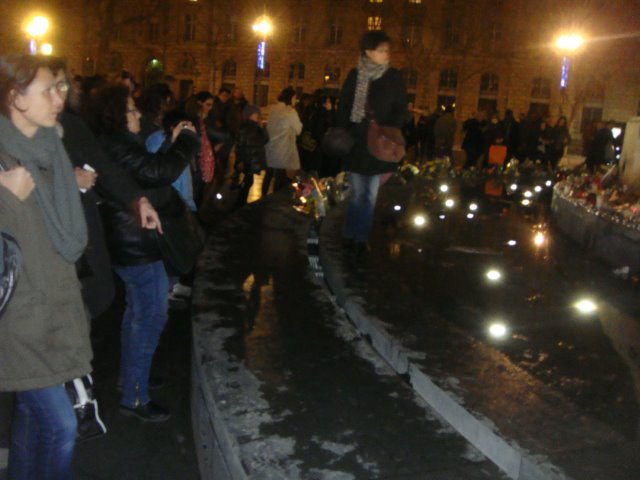 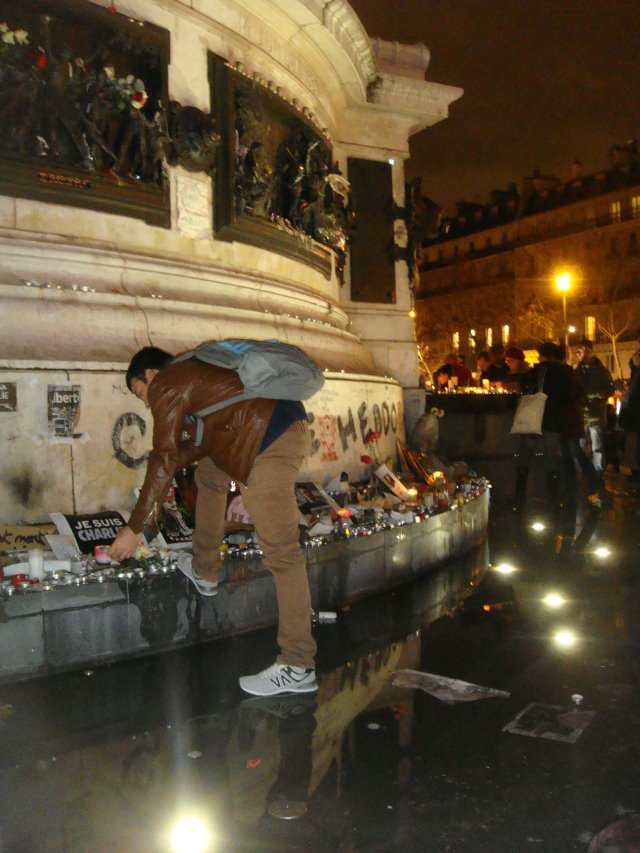 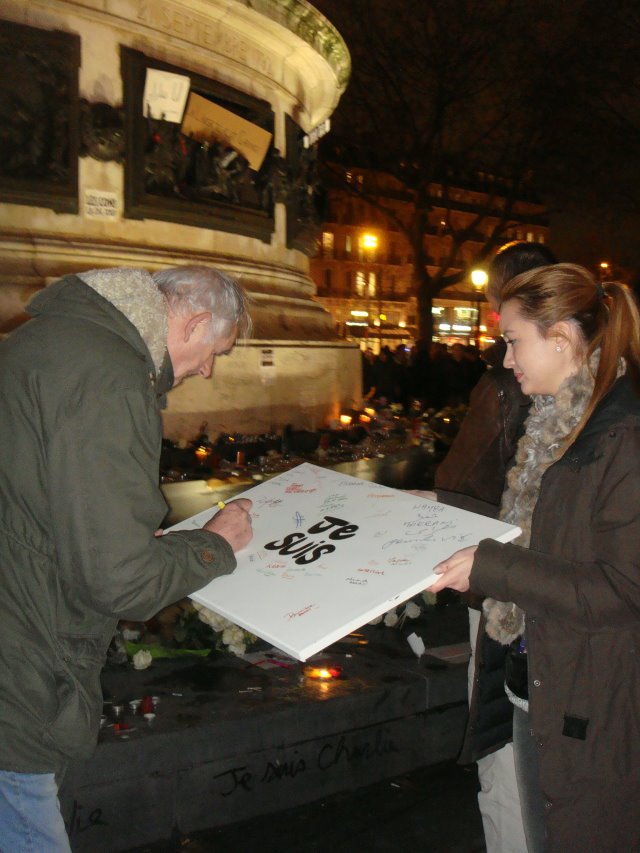 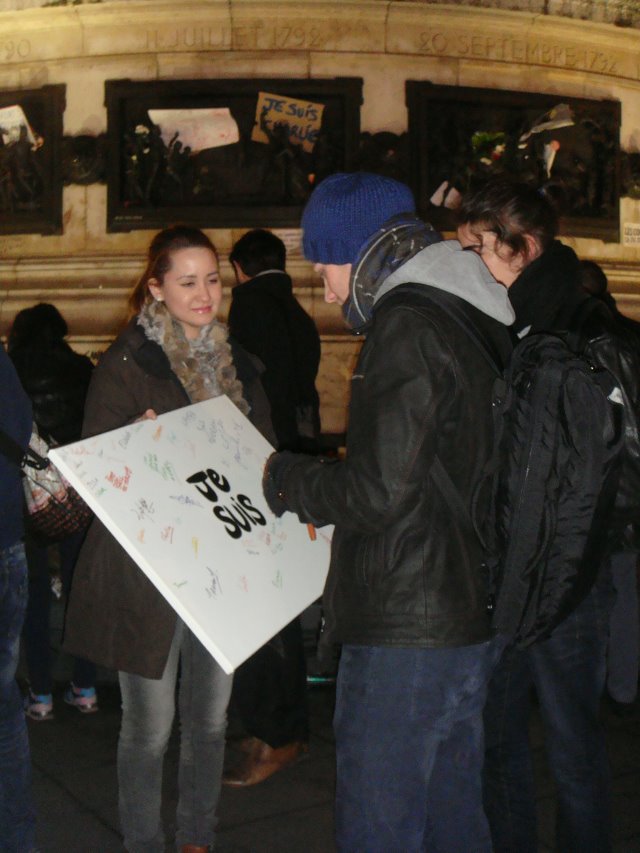 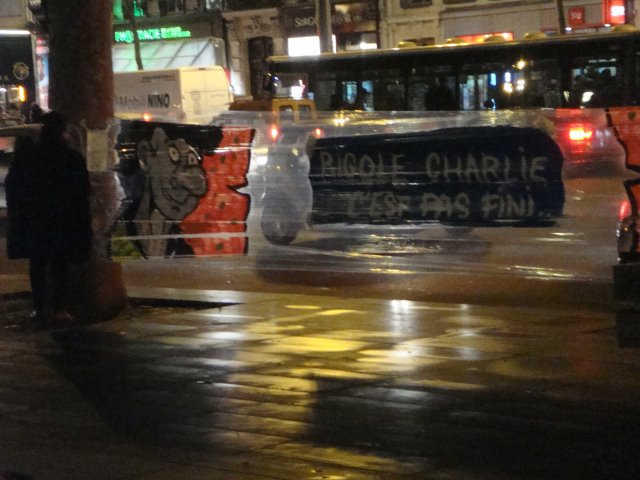 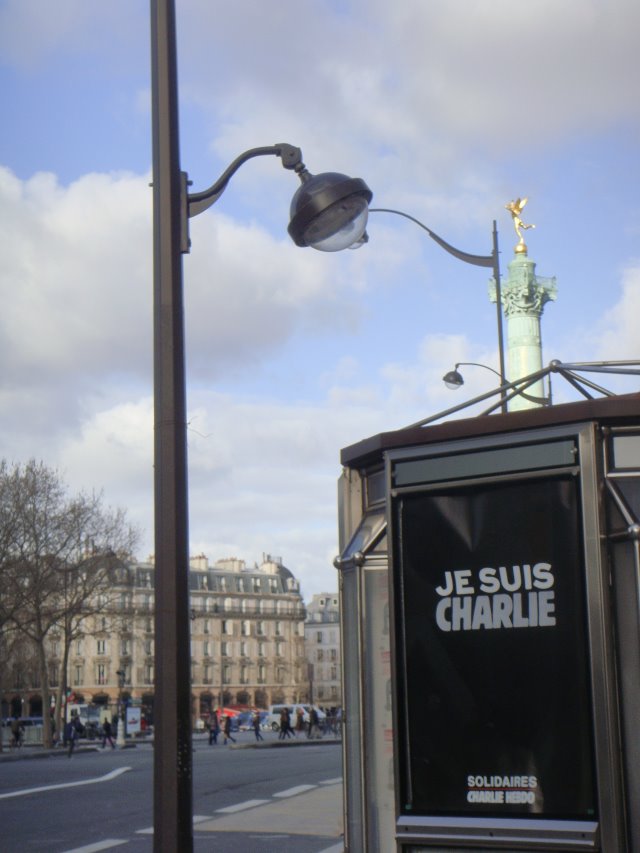 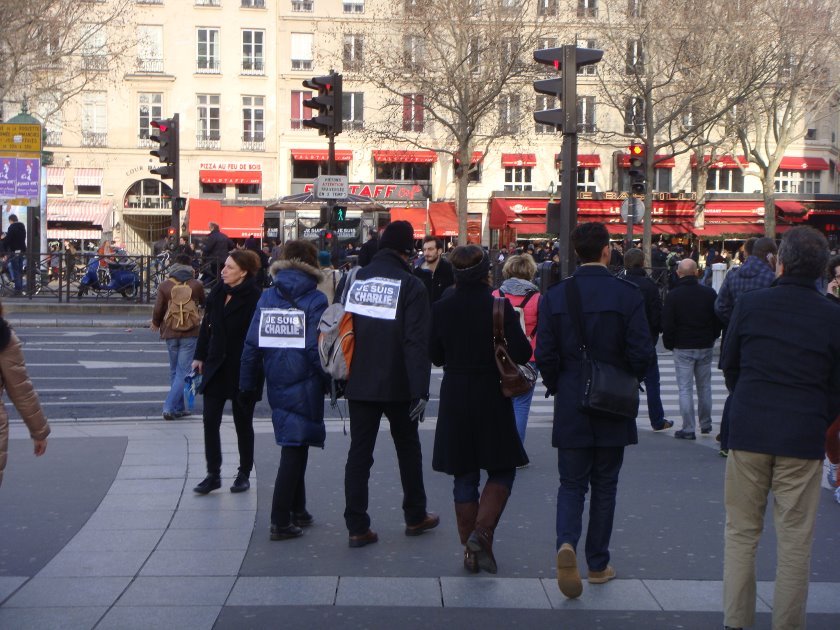 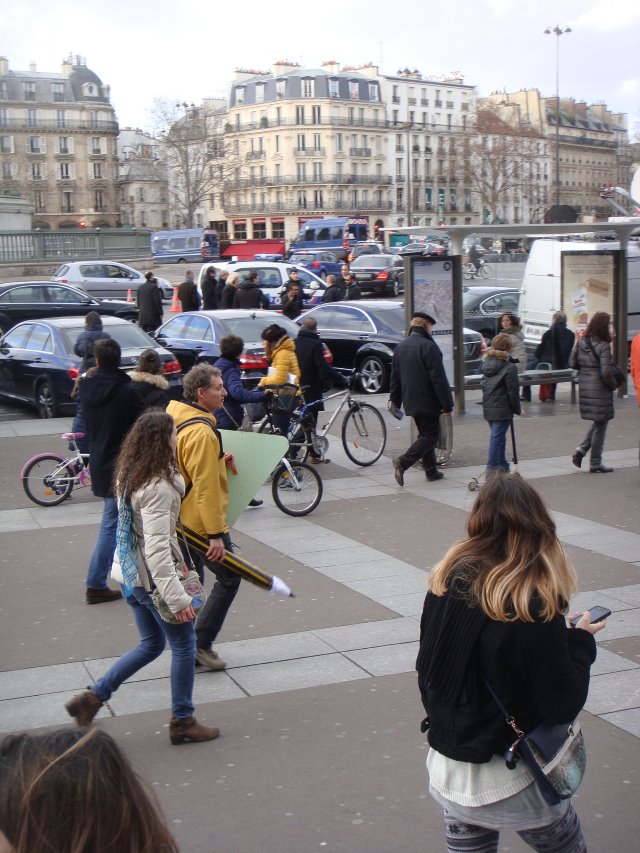 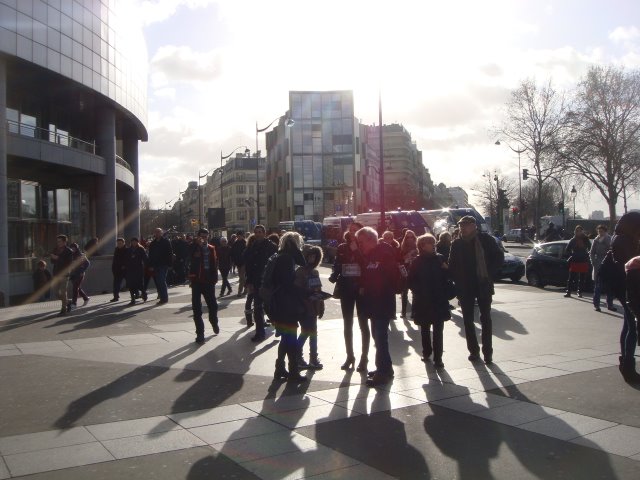 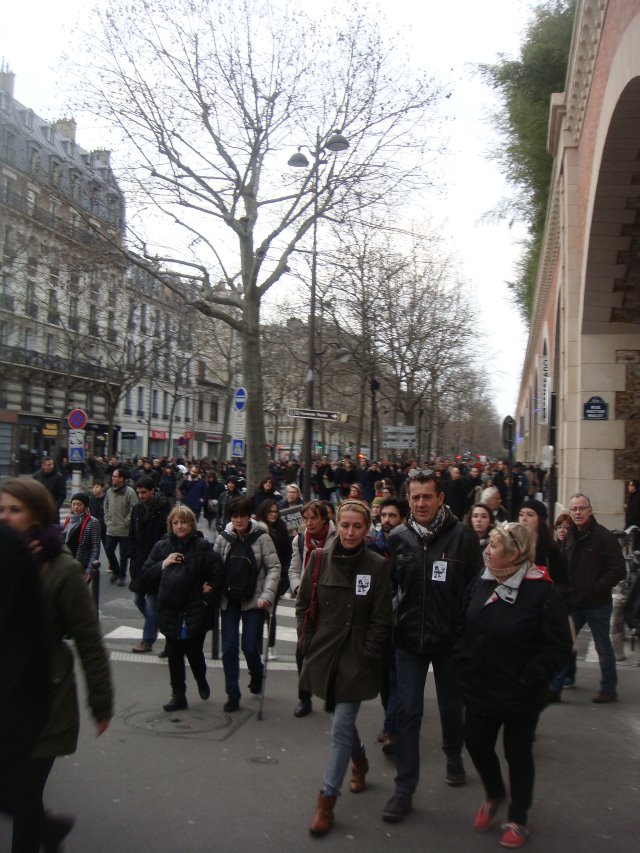