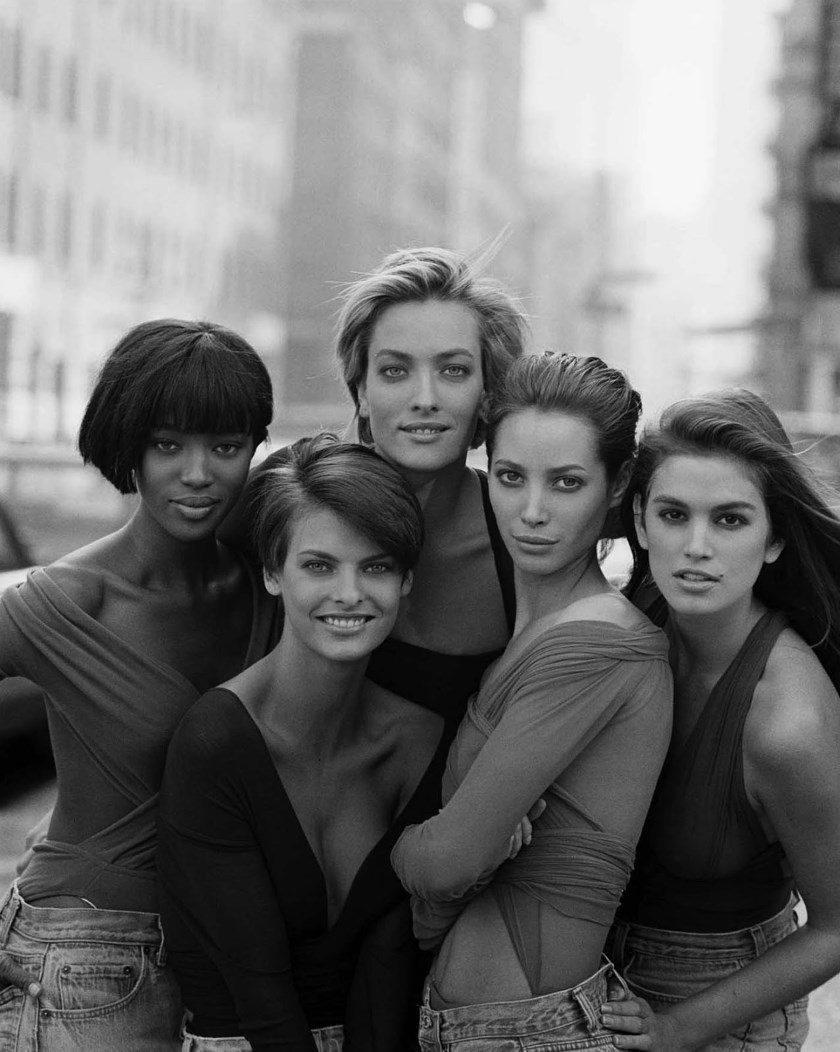 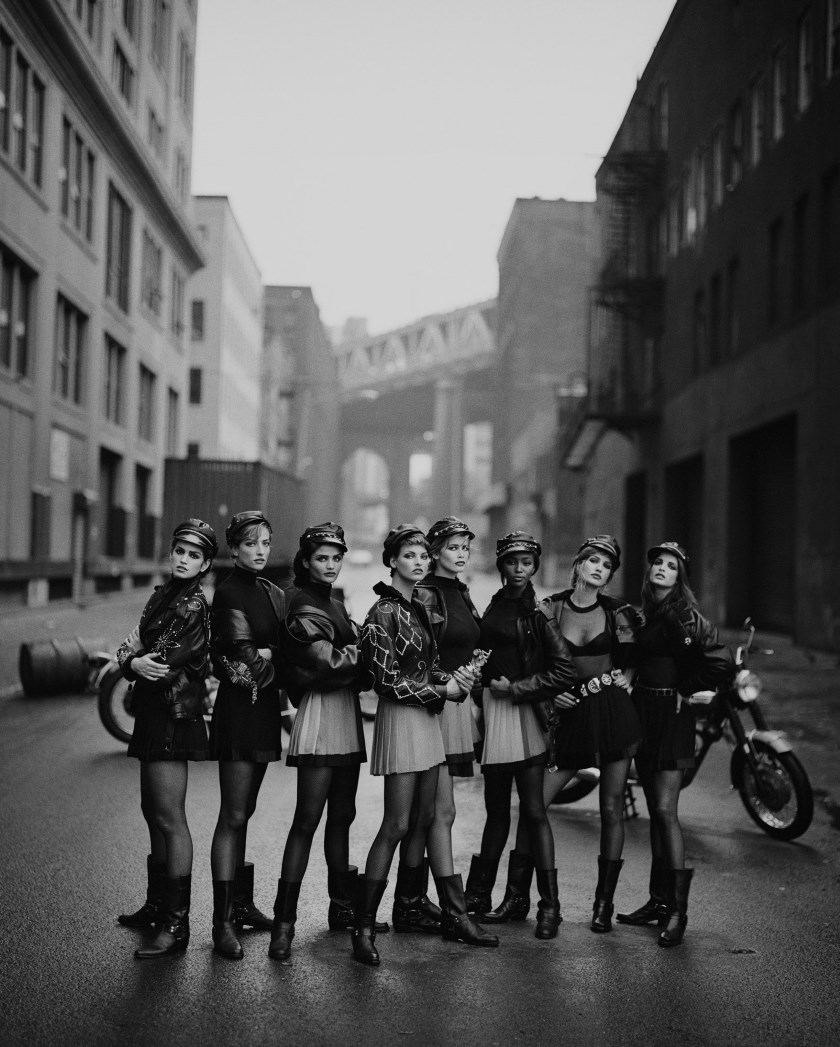 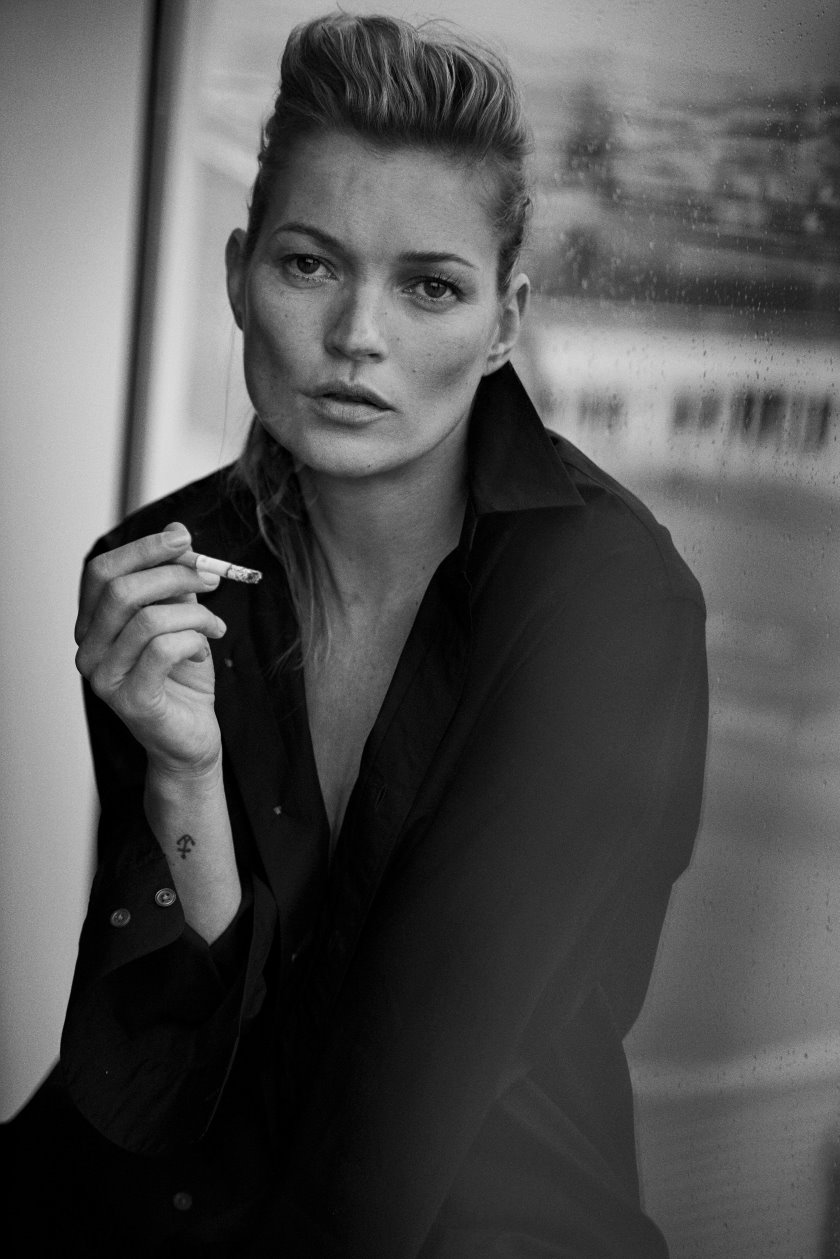 An exhibition on Polish-born, French-based photographer Peter Lindbergh, entitled Peter Lindbergh: a Different Vision on Fashion Photography, opens at the Kunsthal Rotterdam on September 10 at 5.30 p.m., running through February 12, 2017. It marks the first Dutch exhibition of Lindbergh’s work.
Some of the most iconic fashion images of the past generation have been shot by Lindbergh, whose work is regularly seen in various editions of Vogue, and in The New Yorker, Rolling Stone, Vanity Fair, Harper’s Bazaar, The Wall Street Journal Magazine, Visionaire, Interview and W. Exhibitions of his work have been held around the world beginning with the V&A in 1985. Lindbergh’s black-and-white 1990 British Vogue photograph of Naomi Campbell, Linda Evangelista, Tatjana Patitz, Christy Turlington and Cindy Crawford was one that helped cement the reputation of the supermodels, if not arguably kicking off the era itself. Lindbergh’s work gave a sense of reality about his subjects, with his humanist, documentary approach.
Said Lindbergh in an Art Forum interview earlier this year, ‘A fashion photographer should contribute to defining the image of the contemporary woman or man in their time, to reflect a certain social or human reality. How surrealistic is today’s commercial agenda to retouch all signs of life and of experience, to retouch the very personal truth of the face itself?’
The exhibition features over 220 photographs and includes exclusive and previously unseen material, including personal notes, Polaroids, storyboards, films and prints. It is divided into nine different sections, representing the different themes in Lindbergh’s creative development: Supermodels, Couturiers, Zeitgeist, Dance, the Darkroom, the Unknown, Silver Screen, Icons, and an exclusive Rotterdam Gallery. This final section contains Lindbergh’s work for the October 2015 issue of Vogue Nederland, with Lara Stone and Elise Hupkes at the Port of Rotterdam.
Lindbergh’s critically acclaimed Models: the Film (1991) will be screened, along with interviews with Grace Coddington, Nicole Kidman, Mads Mikkelsen, Cindy Crawford and Nadja Auermann.
Guest curator Thierry-Maxime Loriot points out that the exhibition is not chronological, but a narrative about the photographer.
The Kunsthal Rotterdam noted, ‘Peter Lindbergh introduced a new realism into photography. His timeless images redefine the norms of beauty. Lindbergh’s visual idiom is influenced by the language of film and by playing with the type of the strong, self-willed woman, from the femme fatale to the heroine, but also the female dancer and the actress. His œuvre is characterized by portraits that radiate a certain lack of inhibition and physical grace.’
The exhibition is accompanied by a hardcover monograph, Peter Lindbergh: a Different Vision on Fashion Photography, retailing for €59,99 (link at Amazon.de), US$69·99 (link at Amazon.com) or £44·99 (link at Amazon UK), curated by Loriot, designed by Paprika of Montréal, and published by Taschen. The introduction has been authored by Kunsthal director Emily Ansenk, while the book features an essay on Lindbergh’s work by Loriot with commentaries from, inter alia, Jean Paul Gaultier, Nicole Kidman, Grace Coddington, Cindy Crawford and Anna Wintour.