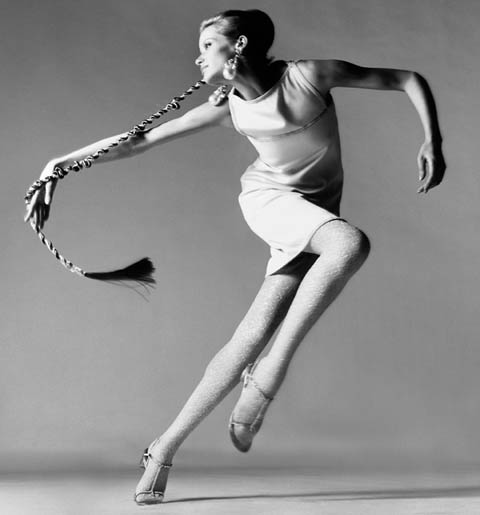 Photographer Richard Avedon continues to inﬂuence what deﬁnes fashion photography today, six years after his passing. In a new exhibition at the Museum of Fine Arts in Boston, entitled Avedon Fashion, 1944–2000, the photographer’s output is comprehensively examined, especially his years working with Harper’s Bazaar and Vogue.
The exhibition is on at the Foster Gallery at the Museum from today (August 10) to January 17.
The Museum notes, ‘He revolutionized fashion photography with his imaginative, spirited portrayals of the “good life” showing beautiful women wearing extraordinary clothes in irresistible settings, as well as memorable portrayals that are both elegant and reserved … his vision of the modern American woman, one of wit, individuality, and fast-lane glamour, captivated the public.’
The exhibition is divided into decades, beginning with the 1940s, when Avedon ﬁrst became a staff photographer at Harper’s Bazaar, working alongside Carmel Snow, Diana Vreeland, and the legendary art director Alexey Brodovitch. Brodovitch’s ideas of the visual and his typography continue to inﬂuence fashion magazine art direction in the 21st century.
There is particular emphasis on the 1950s and 1960s, when his output for Bazaar and Vogue was at its peak. The movie Funny Face is supposedly loosely based around Avedon. He became a staff photographer at Vogue in 1966, where Vreeland had become editor-in-chief, and served there till 1990, shooting the Paris collections annually. He was hired as The New Yorker’s ﬁrst staff photographer in 1992, and his work appeared in Egoïste until 2000.
Avedon is best known for his portraits, having photographed Charlie Chaplin, Louis Armstrong and Marilyn Monroe, though he is also credited with helping to popularize models such as Jean Shrimpton, Twiggy, Kate Moss and Naomi Campbell.
The exhibition is organized by the International Center of Photography with the cooperation of the Richard Avedon Foundation, New York. Support for the exhibition and catalogue is provided by, inter alia, the Henry Luce Foundation, ICP Exhibitions Committee, National Endowment for the Arts, Harper’s Bazaar, the Robert and Jane Burke Fund for Exhibitions and the Barbara Jane Anderson Fund.