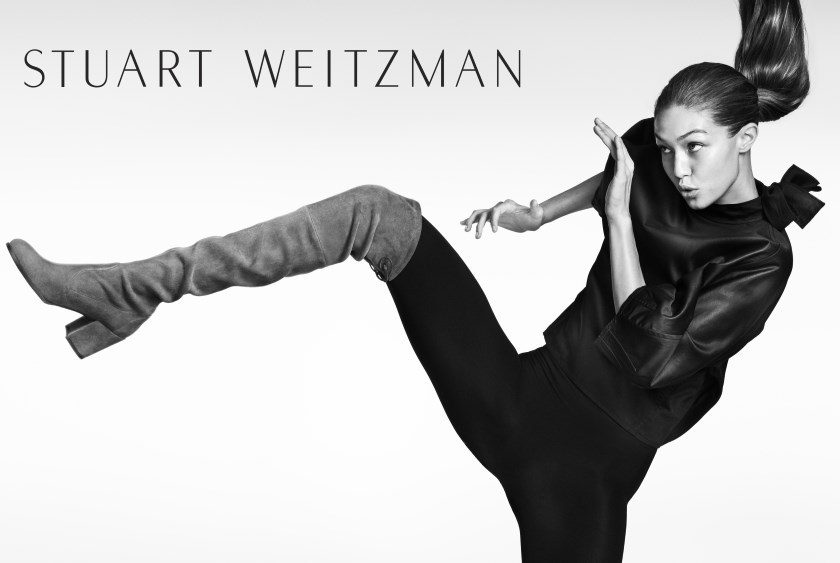 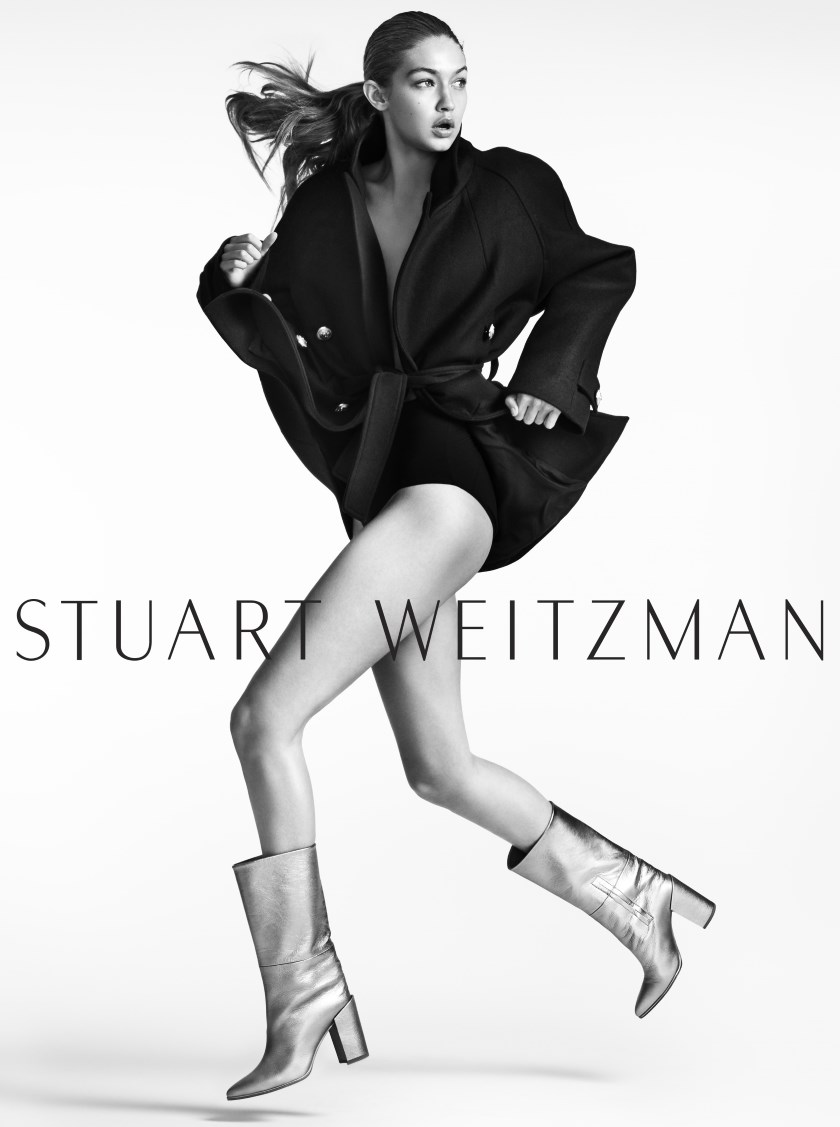 Gigi Hadid is really getting noticed this year, starring in a campaign for Stuart Weitzman launching for autumn 2016.
Shot by Mario Testino, the black-and-white campaign is, like the spring 2016 one, minimalist—but this time, Hadid is not accompanied by fellow models Joan Smalls and Lily Aldridge.
The campaign, according to the company, is meant to channel ‘strength and motion’ and Testino was chosen to give the campaign an editorial feel.
It has been inspired by Hadid’s work-out regimen and shows Hadid boxing and jumping.
The campaign launches in the US, Italy, France, the UK, the UAE, Germany, Spain, and through Asia. Outdoor advertising will run in LA, New York, Milano, Paris and Hong Kong. Additional video will appear at the Stuart Weitzman website and at its boutiques.